Van’s RV-12 assembly plans instructs the builder to droop BOTH the left and right flaperons 1/8" prior to match drilling the flaperon torque tubes … so the metal shim pieces that were made for the occasion were used to create the droop. Using the sandwich method mentioned in the previous post worked out quite well and ended up being quite stable. 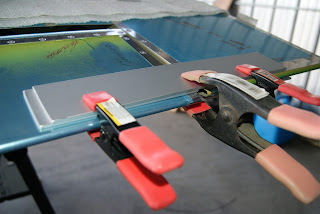 After the two 1/8" shims were in place and the flaperon drooped 1/8", pieces of flat bar stock were placed above and below the shims then clamped in position, sandwiching the shims in place. 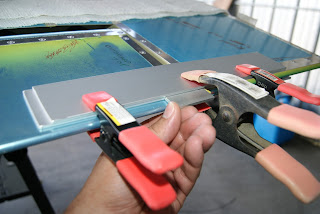 A 1/8" thick piece of aluminum was used to verify that the correct amount of droop was achieved at the trailing edge. Looking good! 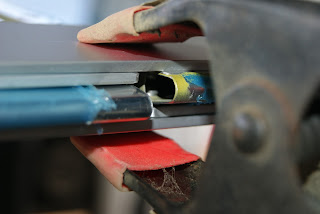 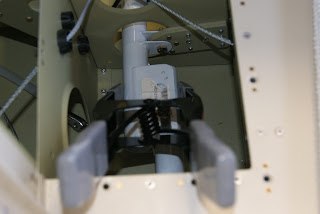 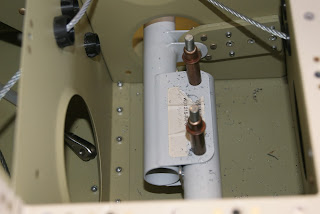 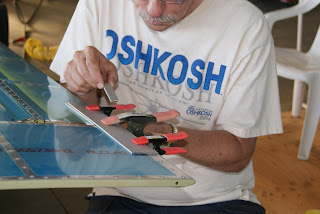 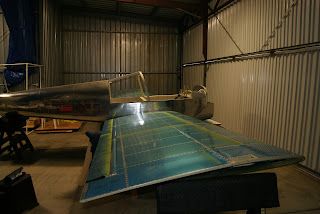 This will be the last night the wings are left on until the RV-12 gets closer to completion. It will be much easier to move around the hangar without them getting in the way.
Posted by John at 7:43 AM