Did not have a long work session today due to running errands, but it was long enough to complete the parts inventory started yesterday on the powerplant kit.  Van’s did another great job of packing the parts … and the parts count matched the inventory sheets with the exception of a few extra small washers I received. 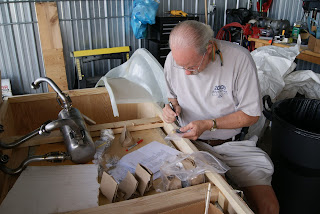 Counting the small parts in all the bags takes up quite a bit of time. 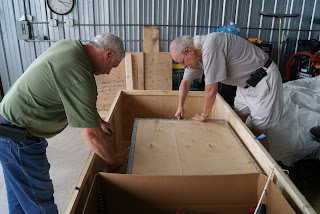 Bernie lending a hand bending the tabs securing the lid to the engine crate. 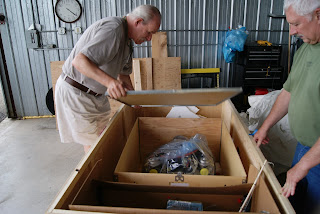 The unveiling of the engine crate. 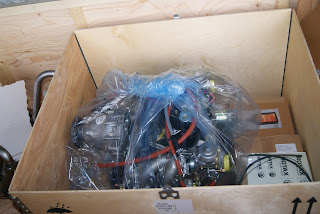 A brand new Rotax 912 ULS engine and a few extra items.
In addition to the engine, the engine crate had some more goodies in it. There is an oil tank and oil cooler, rectifier, starter solenoid, two K&N air filters, a coolant bottle, engine log book, maintenance manual, a CD and documentation. I was very shocked to discover a box containing three liters of Aero Shell Sport Plus 4 oil … but no coolant. 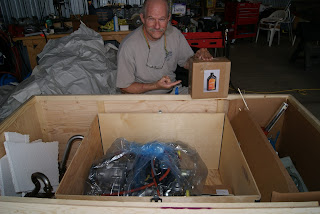 The Rotax 912 ULS engine even came with three liters of Aero Shell Sport Plus 4 oil … although, for as much as this engine costs, it should be a lifetime supply of oil. 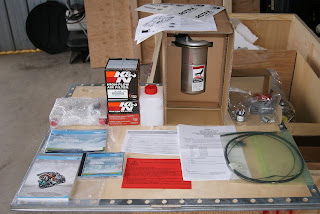