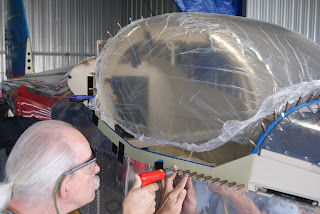 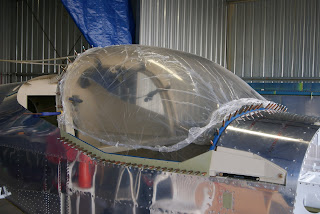 One thing I noticed was a large blob of weld on the right side of the WD-1219 canopy frame which created a bulge in the Canopy skirt. Decided to use a Dremmel outfitted with a sanding drum to smooth down the bulge followed by a sanding stick to fine tune. The weld was purposely left a little proud in an effort to not compromise the strength of the canopy frame. The left side was much better … but a little material was removed from there as well. 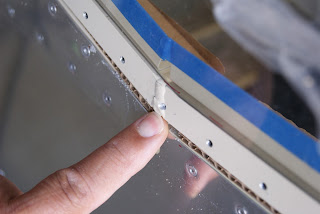 The large blob of weld on the WD-1219 canopy frame can be seen here above my finger. 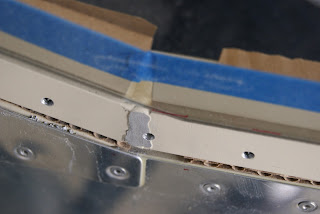 The result after using the Dremmel with a sanding drum and a sanding stick ... the weld was purposely left a little proud for structural integrity … but no longer creates a big bulge on the canopy skirt.

After talking to Van’s yesterday and hearing so long as the canopy does not touch the canopy frame or welds it is good to go … decided to remove just a little more material from the canopy to create a 1/16" gap. Figure this will allow some room for expansion and contraction. The Dremmel outfitted with the sanding drum was used to remove a little material from the bottom edge of the C-1201 canopy, followed by hand sanding with a sanding block to remove the small waves created by the Dremmel. Now there is plenty of clearance between the canopy and canopy frame and associated welds. 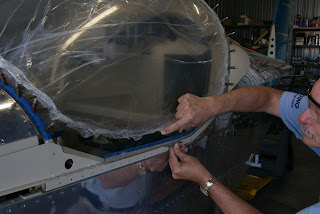 Checking the canopy to canopy frame gap using a 1/16" thick piece of metal. 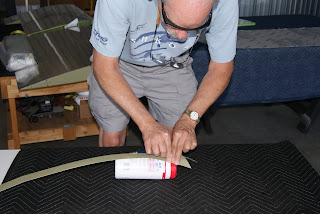 Rolling the C-1202 canopy skirt over a round container to place a curve in the metal to match the curve of the canopy. 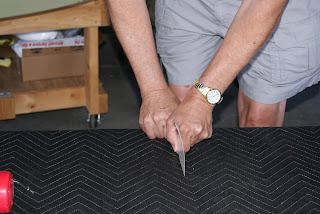 The canopy skirt should begin to take on this shape ... this  still needs more curve aft of the leading edge to meet the canopy.

The goal: The canopy skirts should be curved enough to tightly follow the curve of the canopy as it does in the following two photos. 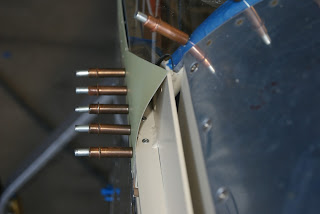 Curve of the C-1202 canopy skirts can be seen here as the skirt tightly follows the curve of the canopy. 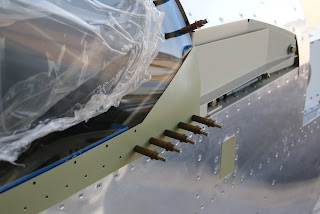 Side view of the C-1202 canopy skirt ... because of the dark shadow the skirt does not apper to be touching the canopy curve. However, the skirt is in fact snug against the canopy.

The C-1202 canopy skirts are not yet finished ... in that the forward five holes need to be dimpled for flush rivets and the corresponding holes in the WD-1219 canopy frame require machine countersinking. The plans don’t say what kind of a dimple to make, but looking ahead in the plans CS4-4 rivets are called out for this location, so the dimples will need to be #30 120 degree dimples and NOT 100 degree. Of course, the machine countersinking will also need to be done with a #30-120 countersink bit. 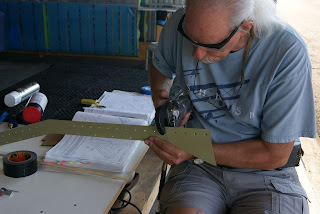 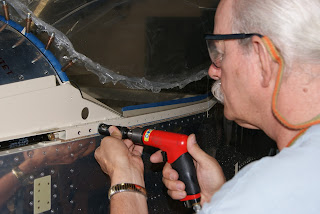 Machine countersinking the five forward holes in the WD-1219 canopy frame using a #30-120 degree countersink bit in the countersink cage.
Posted by John at 2:37 PM