The plans have a small error in that they would have the builder attach the bulkhead  then they say to draw the centerline on the face of the shear clips. I would submit draw the lines first, then place the baggage bulkheads over the shear clips and commence match drilling. 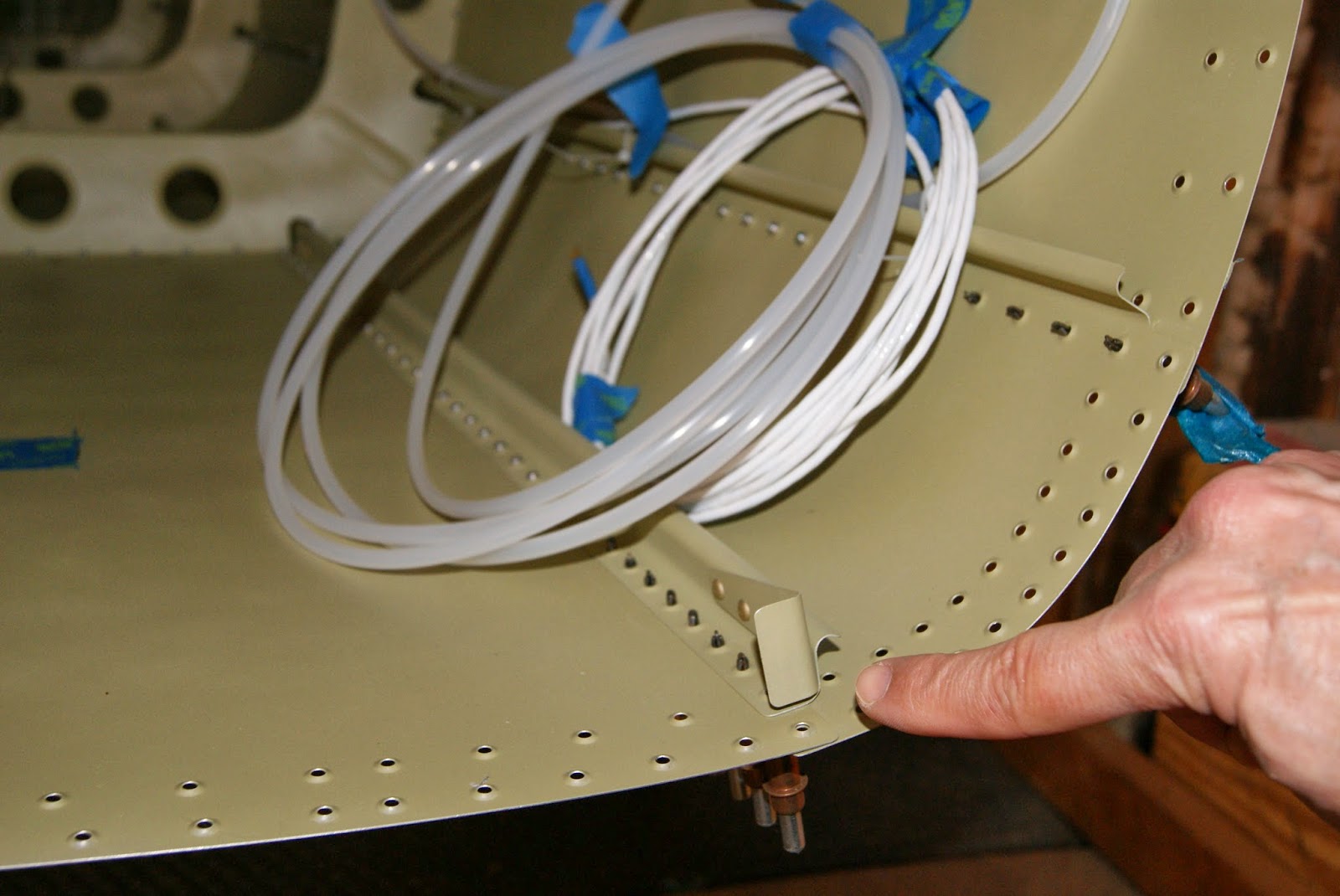 The shear clips need to have a center line drawn onto the front of the flange so when the F-1207C baggage bulkheads are set in place the holes can be drilled on the centerline. 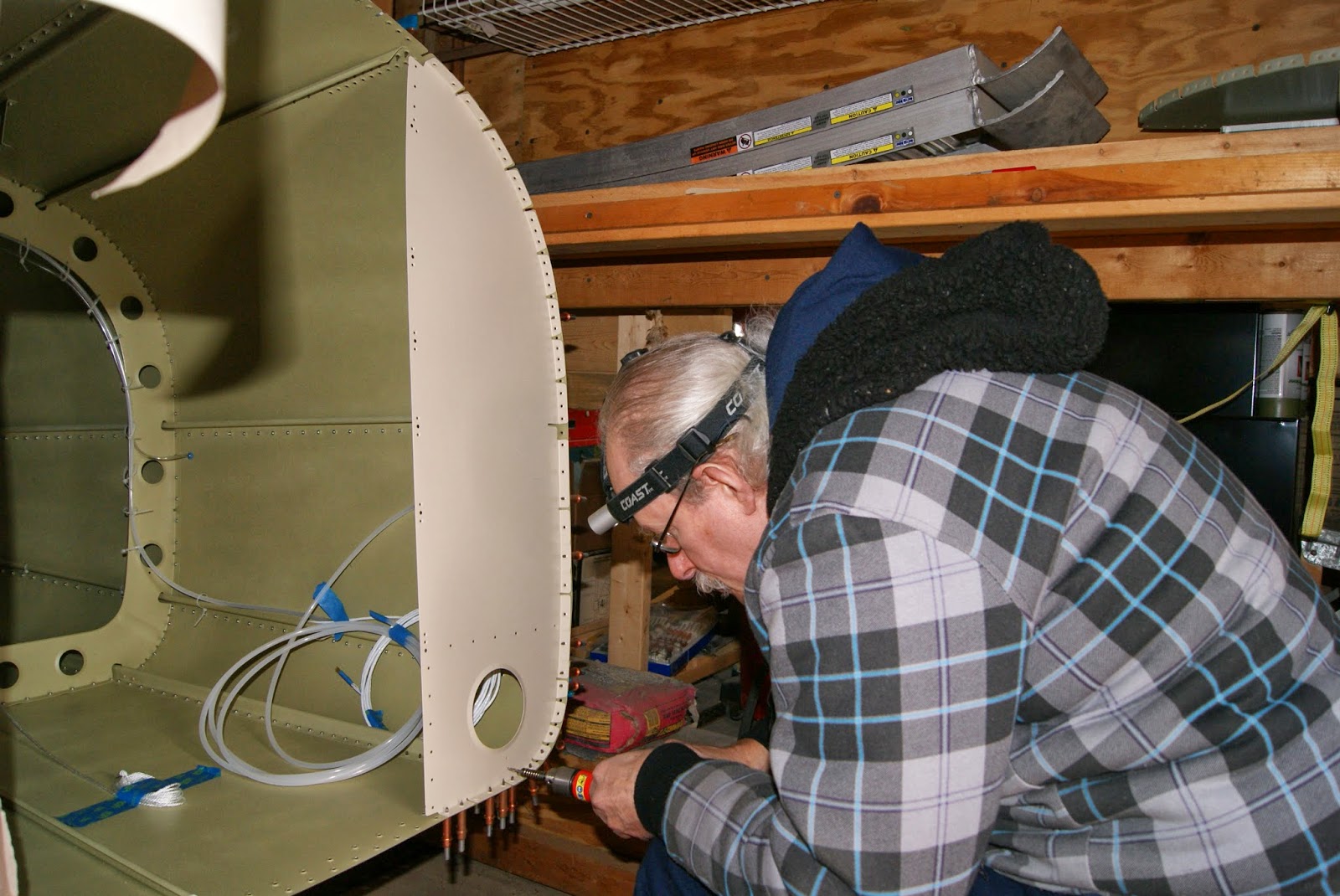 Match drilling the F-1207C-L baggage bulkhead into the shear clips on the tail cone. 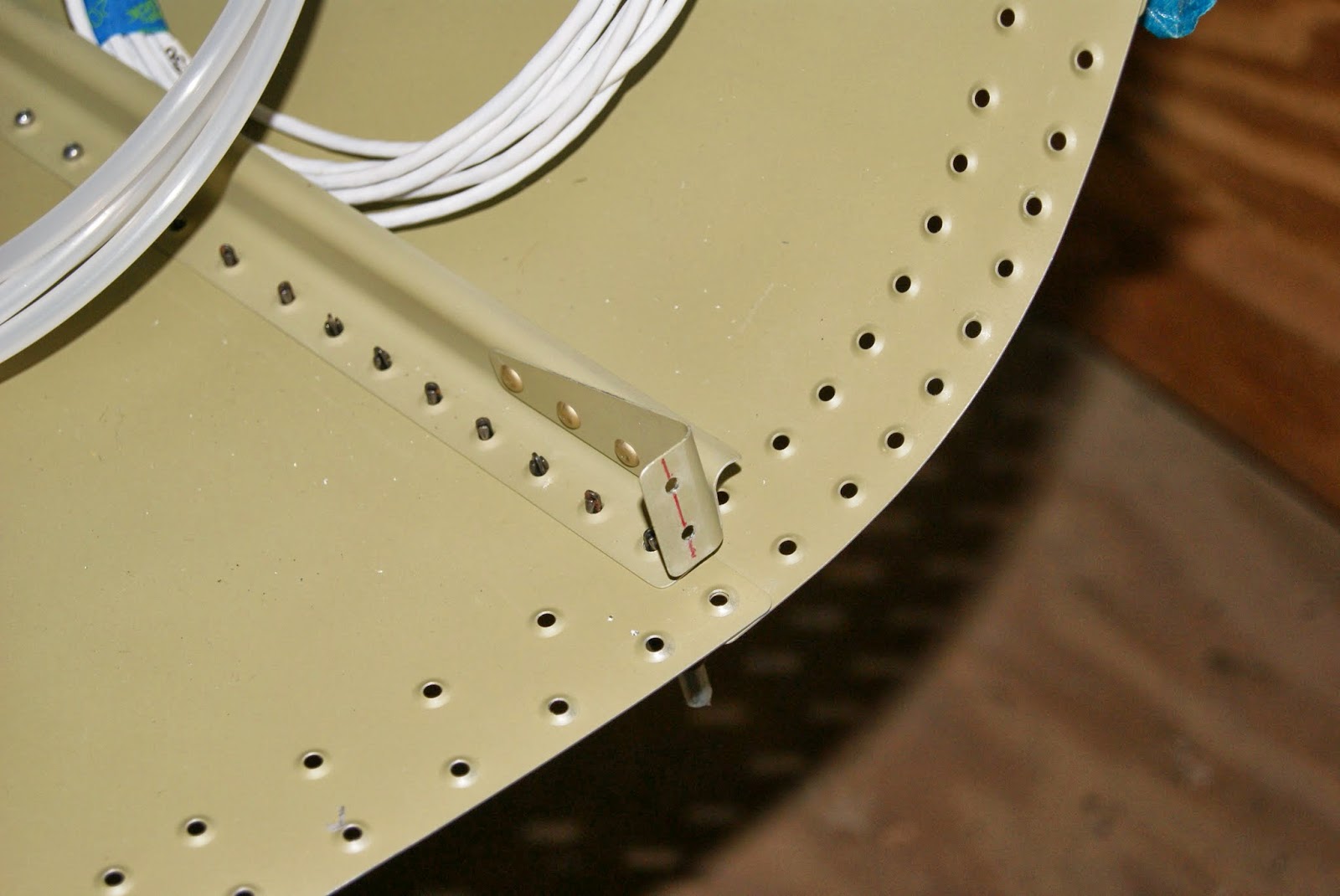 Builders using Van's LP4-3 rivets  can ignore this paragraph. Builders dimpling their RV-12 take note ... I noticed a small anomaly after placing Clecos in the flanges of the F-1207C baggage bulkheads. The bulkhead's flanges were not sitting perfectly flat on the tail cone’s skin. Upon close inspection, I noticed there were rivet holes in the gaps between the flanges. These in-between holes can be seen if zooming in on the above photo with the baggage bulkhead in position. Because the rivet holes in the tail cone’s skin were dimpled, the edges of the flanges on the F-1207C bulkheads were ridding up a little on the in-between dimples. To resolve the issue, used the dimple dies with the holes in them for a nail and used the hand rivet puller to re-dimple the dimples with the bulkhead in place ... this reshaped the edges of the flanges on the F-1207C baggage bulkheads to conform to the dimples on the tail cone skin. Problem solved. will not have any issues here.

The plans instruct the builder to rivet nutplates onto the F-1207A&C baggage bulkheads along with the F-1207D baggage bulkhead channels. After placing the nutplates in position with Clecos, decided it would be easier to suspend the assembly for riveting which ultimately worked out great. 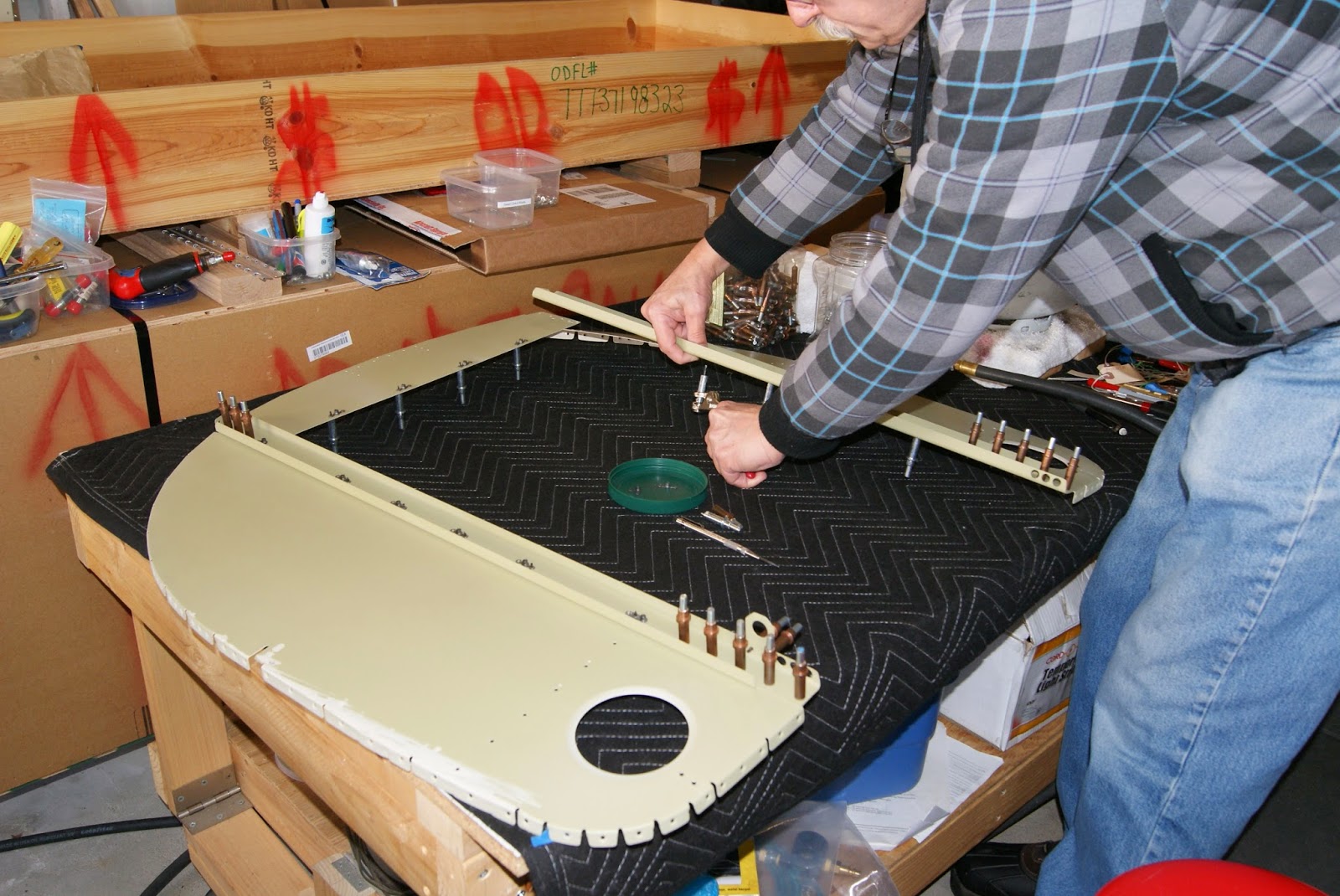 Using Clecos to secure the nutplates and baggage bulkhead parts together. 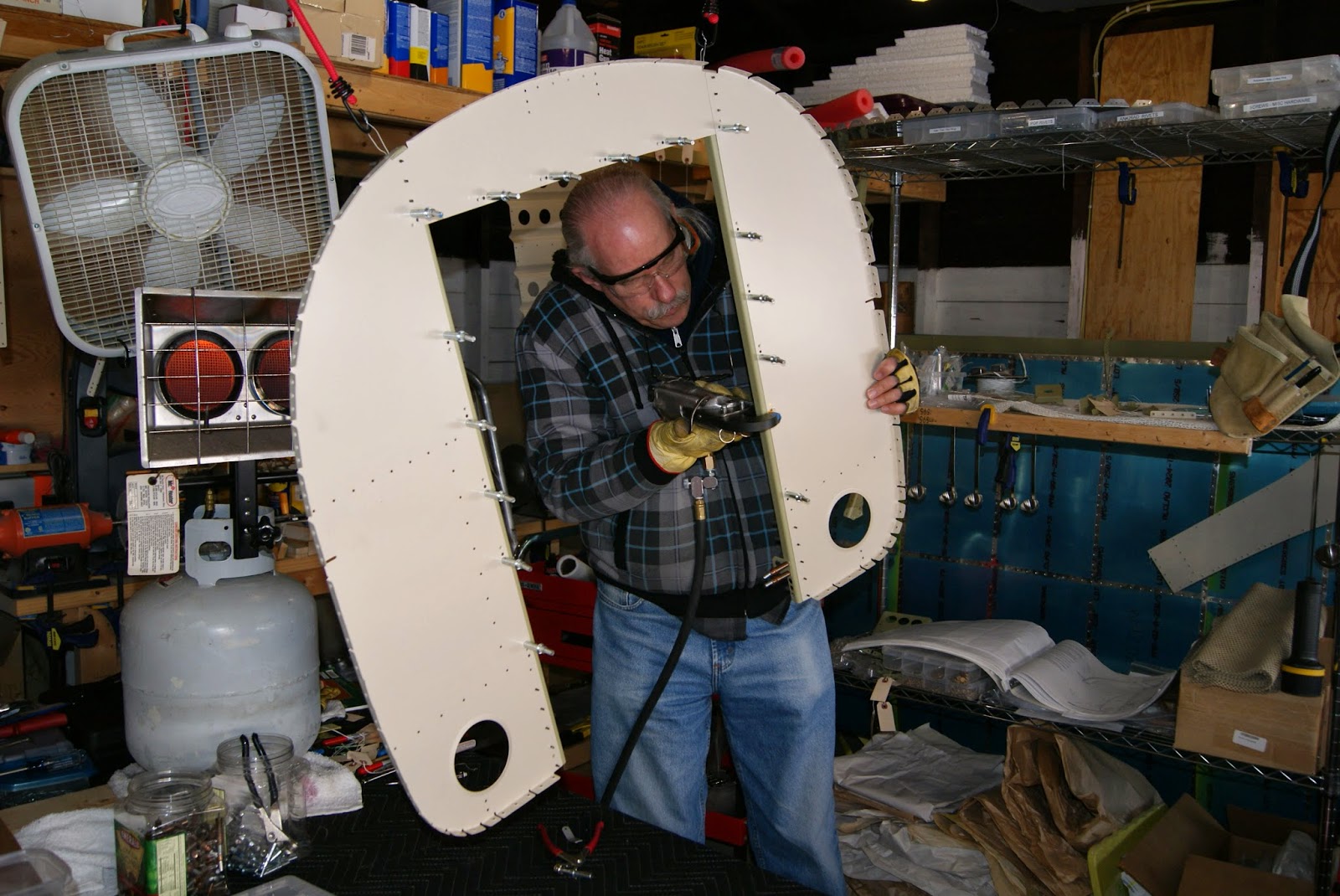 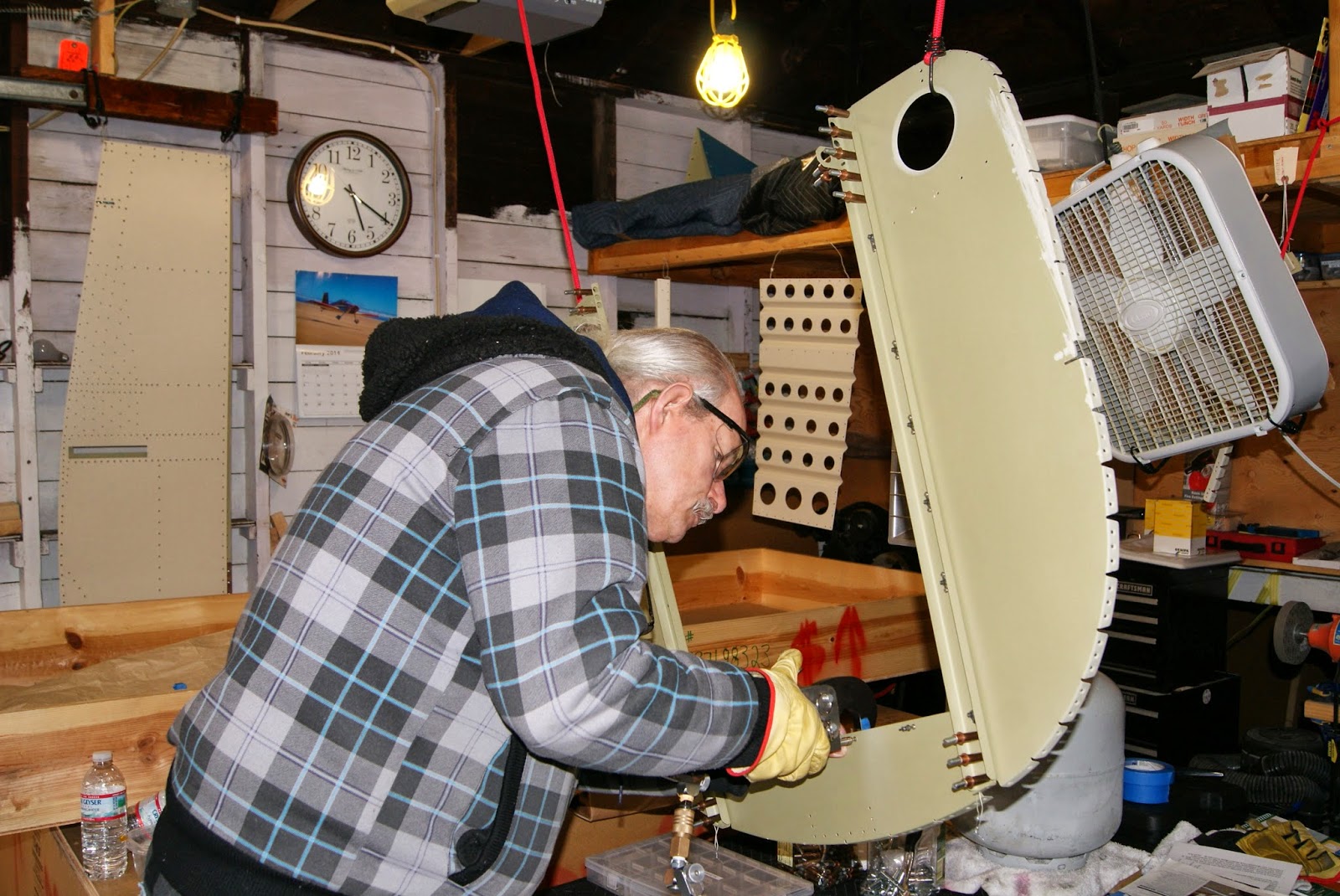 Riveting nutplates onto the F-1207A baggage bulkhead with the pneumatic rivet squeezer. 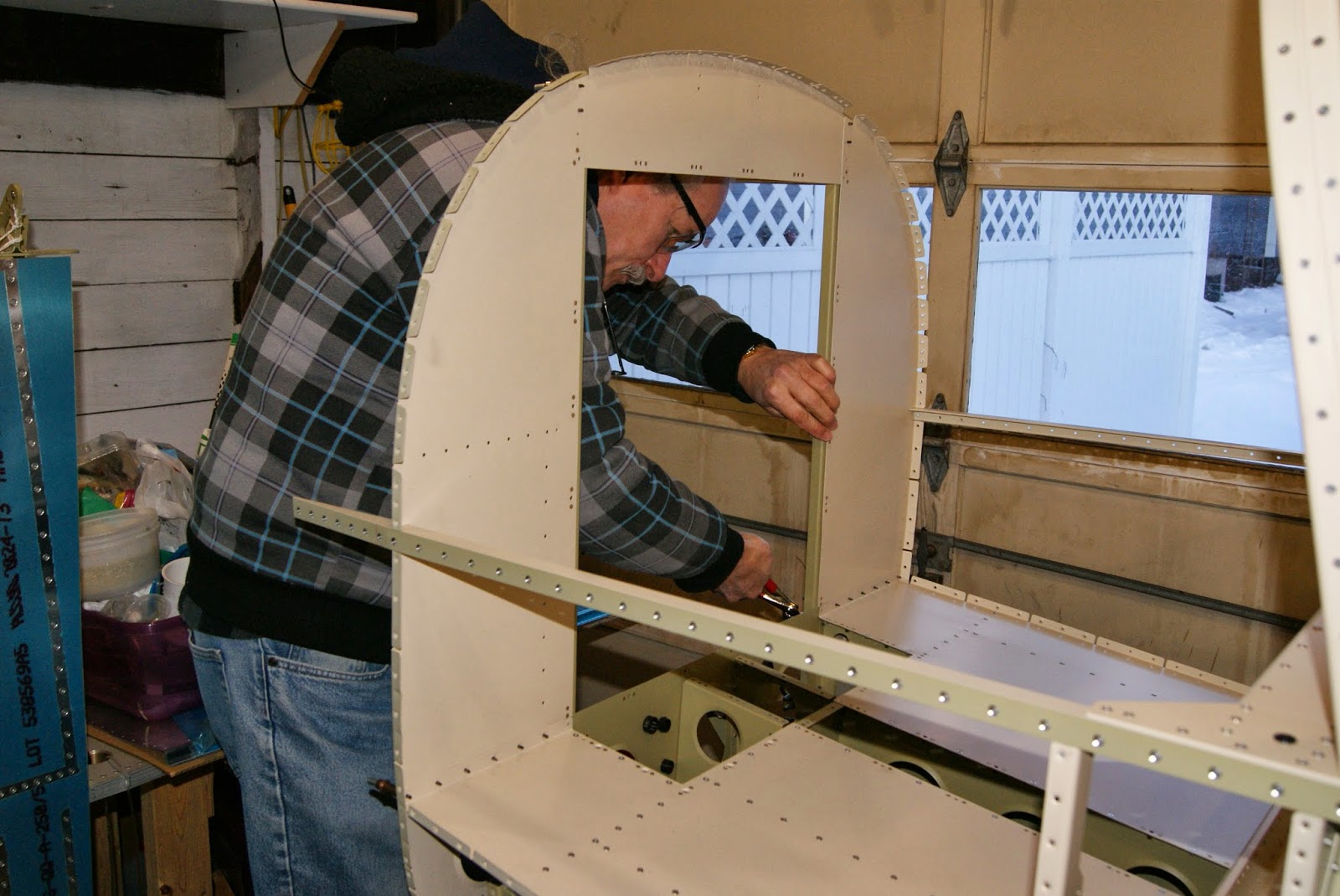 Securing the baggage bulkhead assembly onto the fuselage with Clecos.
Posted by John at 8:34 PM