Work in the shop was a mixed bag of small events that paved the way for the fitting of the roll bar structure onto the RV-12 fuselage. The first chore of the day was to finish up riveting the cockpit light bracket on the forward roll bar frame and rivet the canopy latch onto the aft roll bar frame. AN470AD4-7 rivets were used on the canopy latch and AN470AD4-6 and 5 rivets were used on the cockpit light bracket. 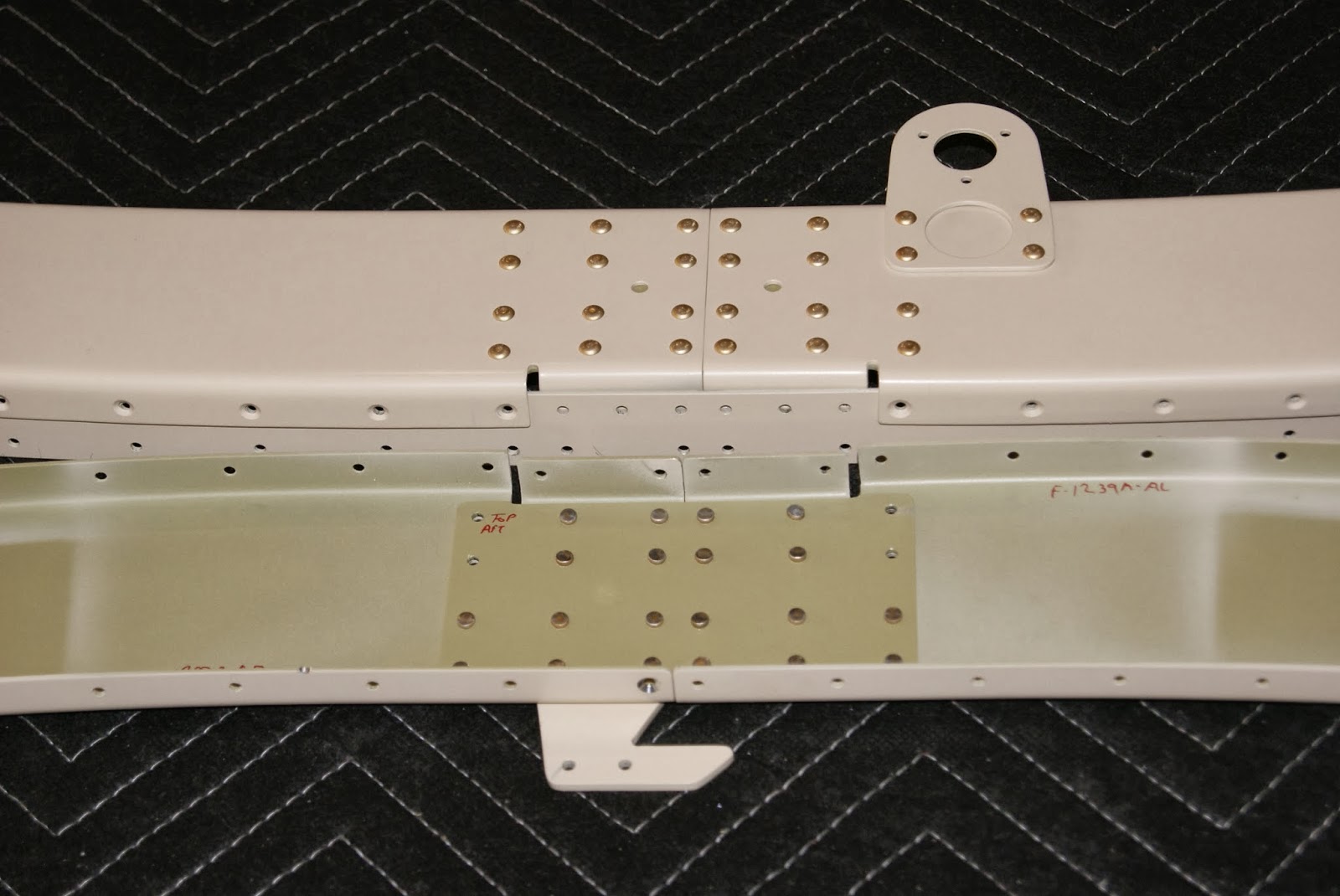 One of the small tasks that needed tackled prior to mounting the roll bar assembly was riveting the longerons onto the bottom of the roll bar mounting plates. 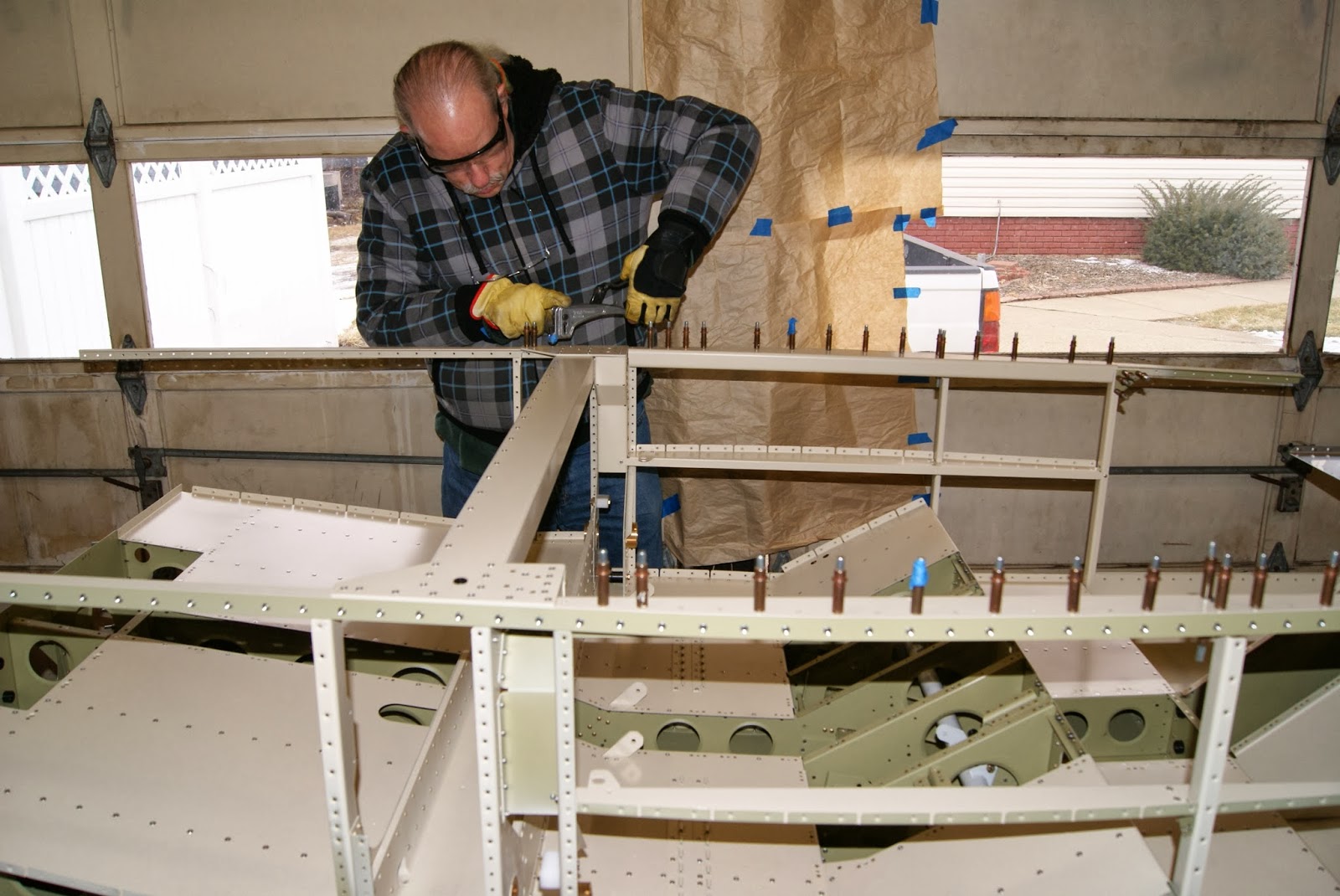 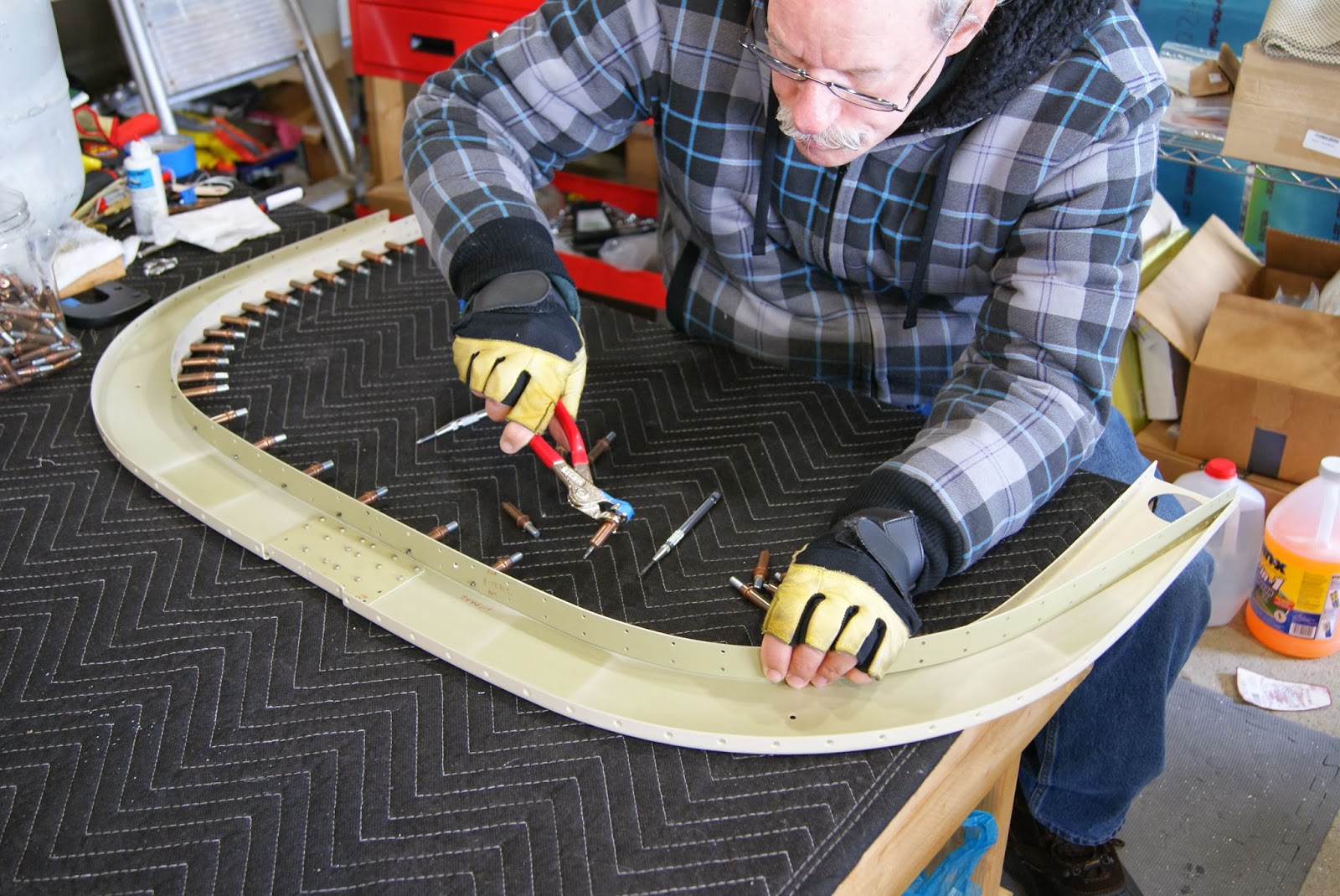 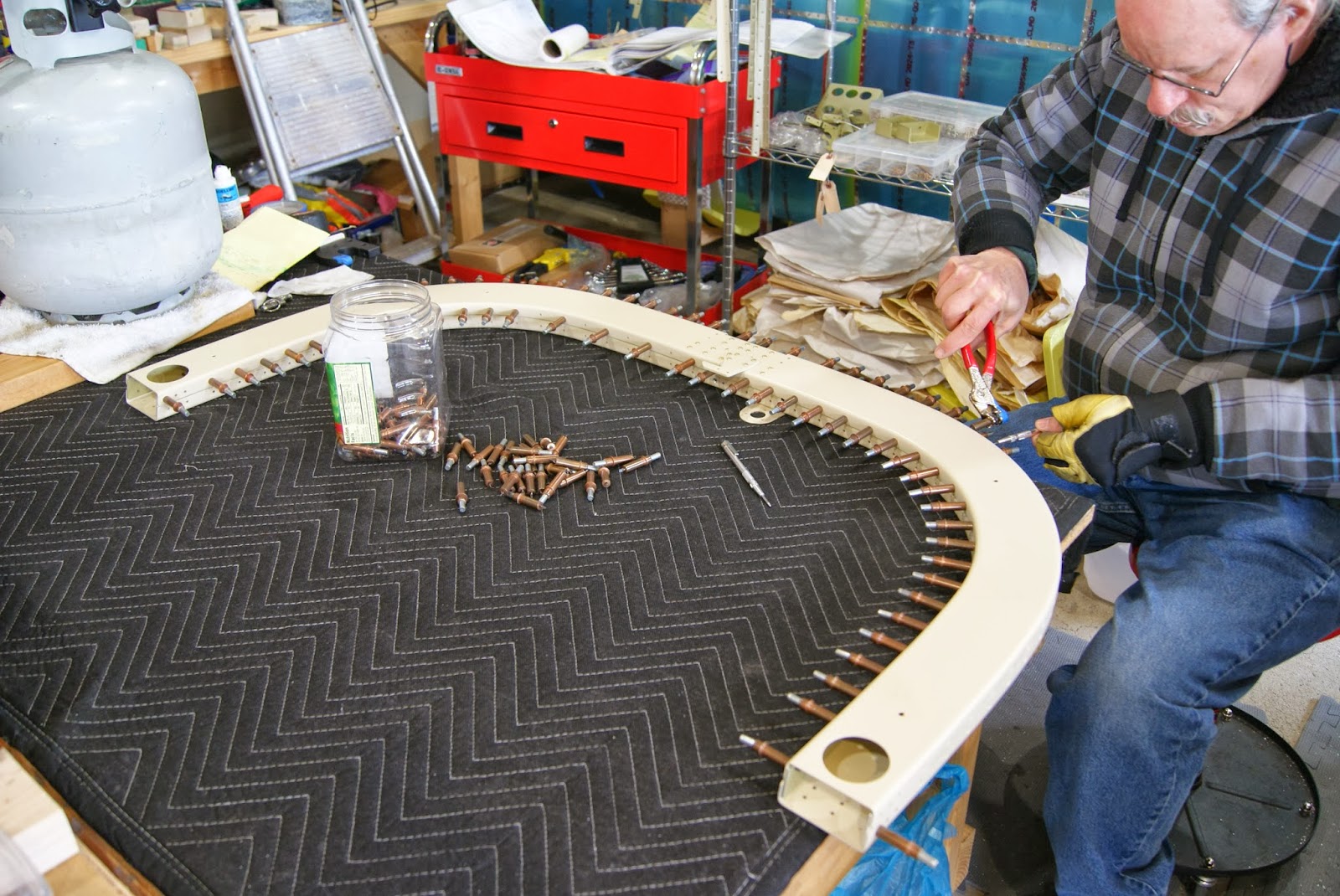 Attaching the F-1231B roll bar strap to the forward and aft roll bar frames with Clecos. 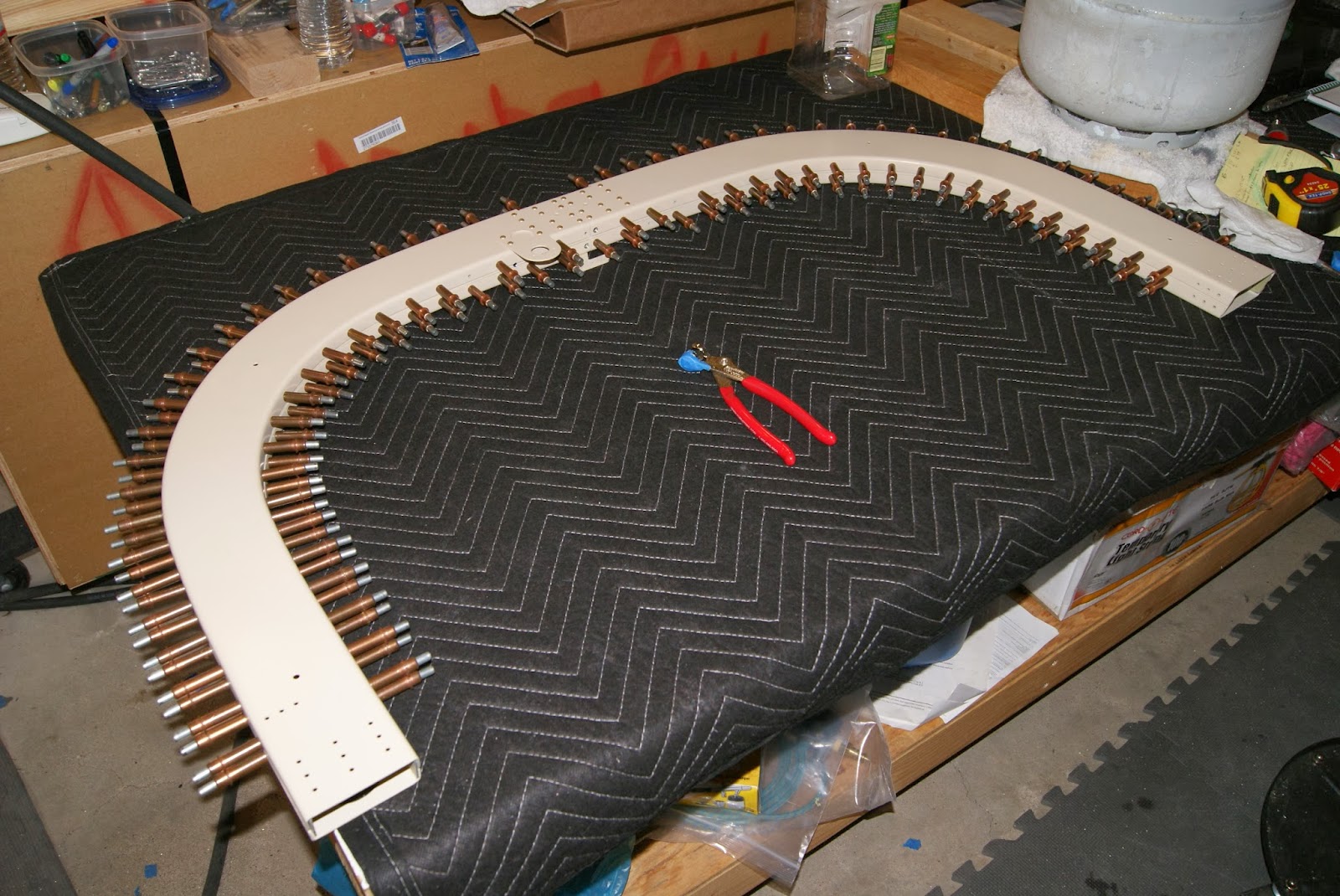 After inserting the roll bar bases inside the roll bar structure, the whole assembly was then bolted onto the fuselage and the fit was perfect. 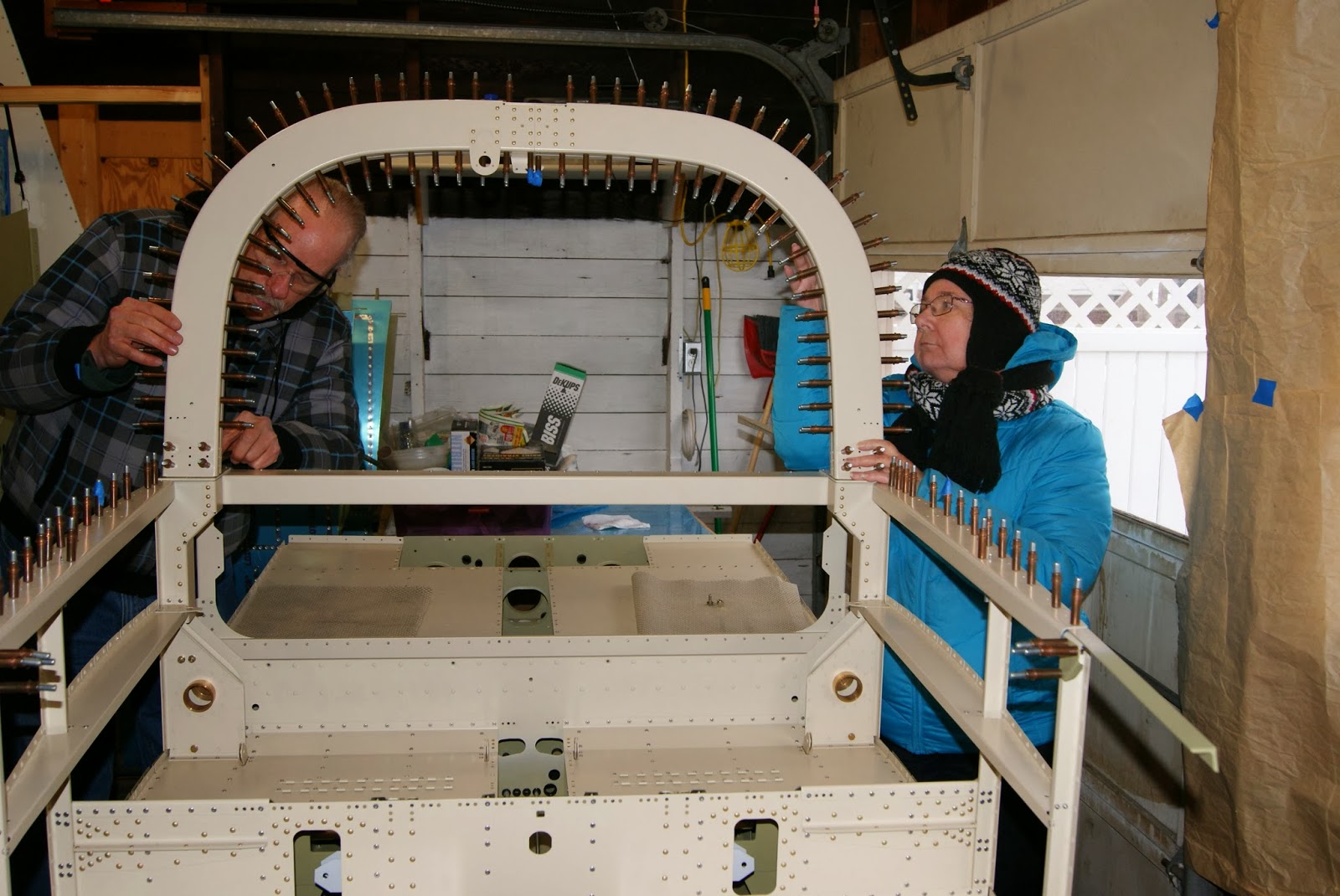 Jan helping to hold the roll bar assembly in position on top of the F-1205B roll bar bases as the mounting bolts are installed and tightened.

I see no problems doing the roll bar this way because the nine holes in each of the left and right forward roll bar halves define the position of the roll bar base inside of the structure. So the entire roll bar assembly will be riveted together in position and the sides of the F-1231D roll bar bases will be match drilled in this position as well. 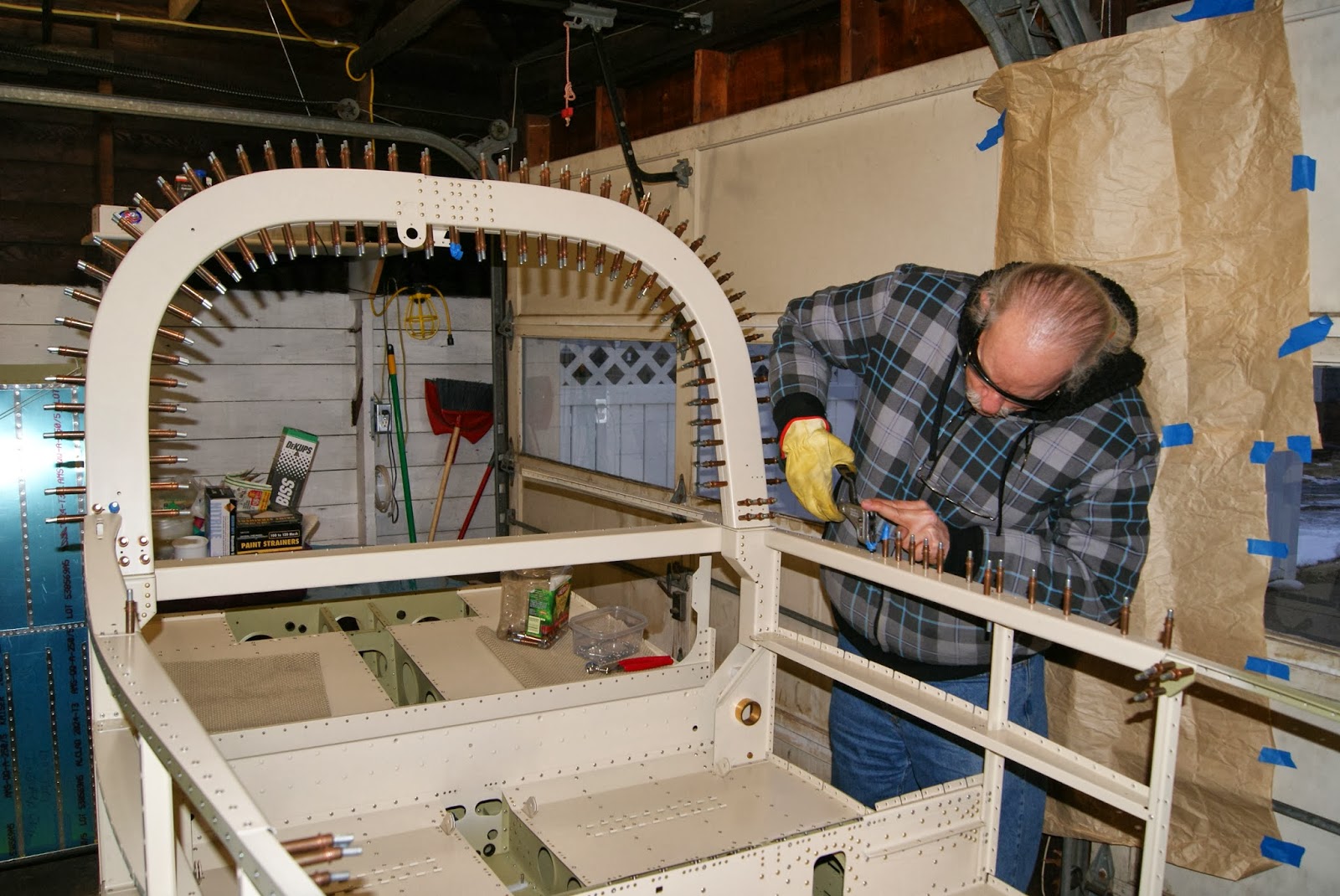 Riveting the F-1234L canopy deck onto the left longeron. 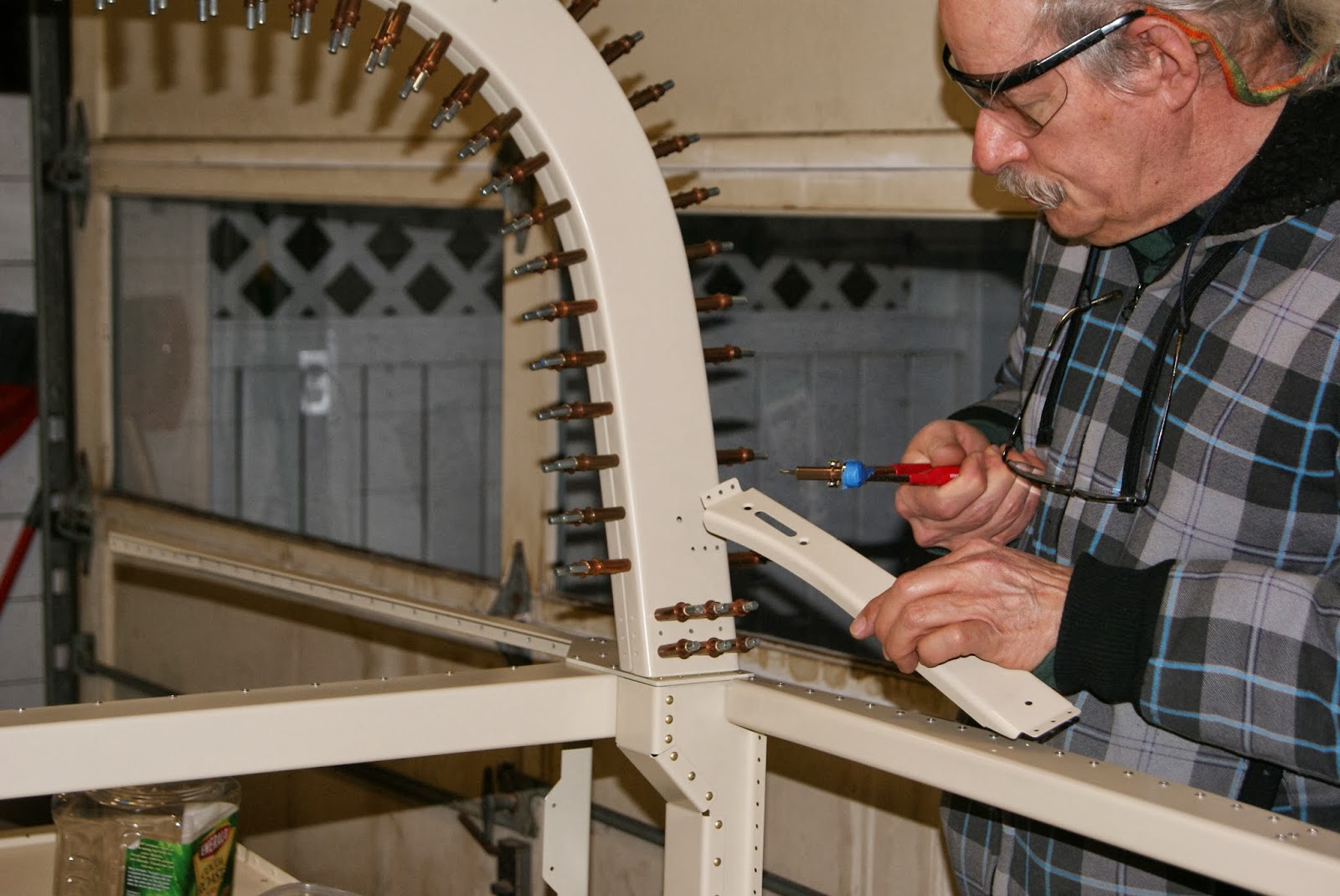 Mounting the F-1254-L support frames between the roll bar assembly and the left canopy deck. 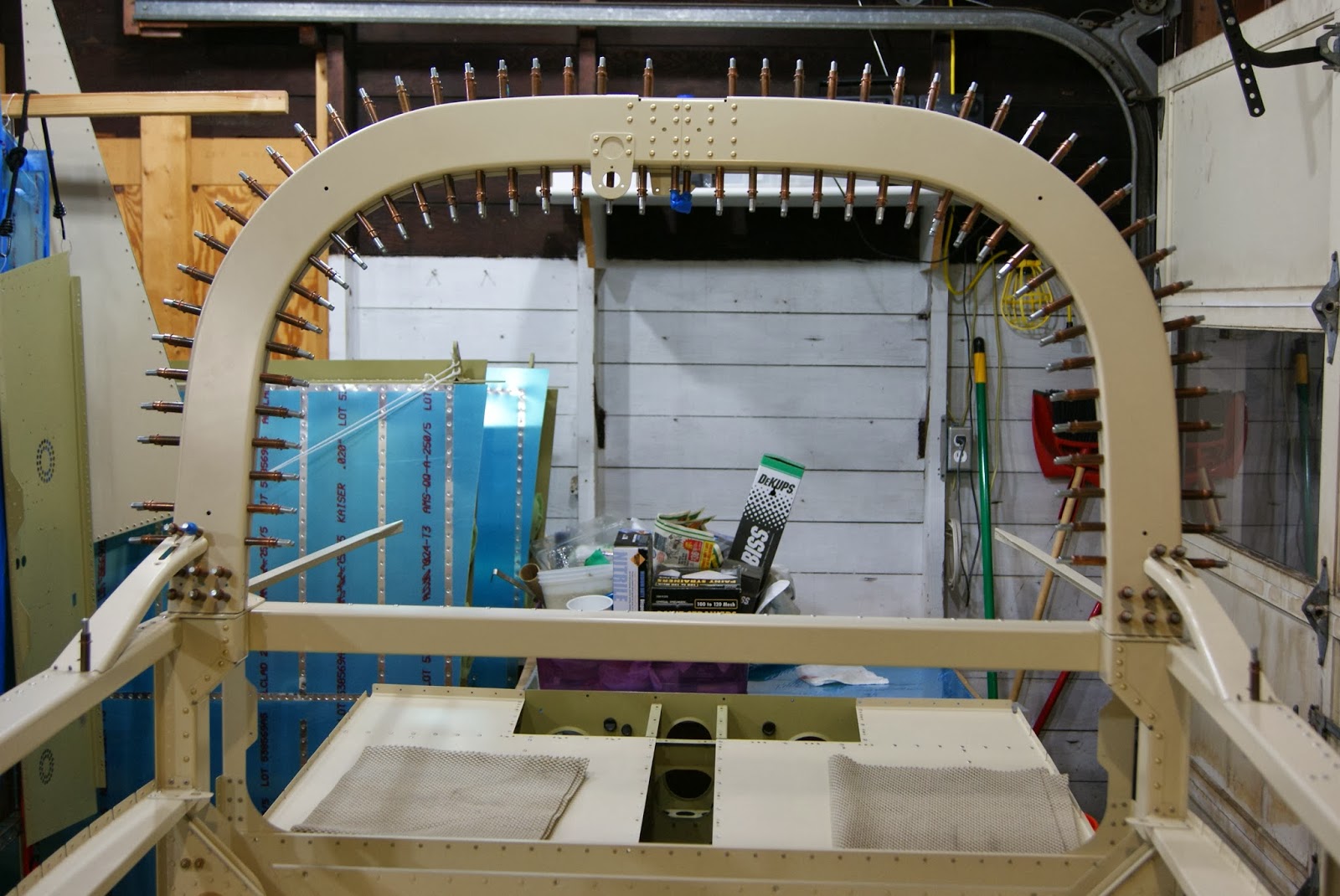 Support Frames and roll bar assembly in position and ready for riveting.
Posted by John at 9:15 PM