The finishing touches were put on Section 24 of the plans by way of riveting in place the F-1207K brace angle onto the back of the F-1207C-R baggage bulkhead and then riveting the F-1207J attach angle in place. 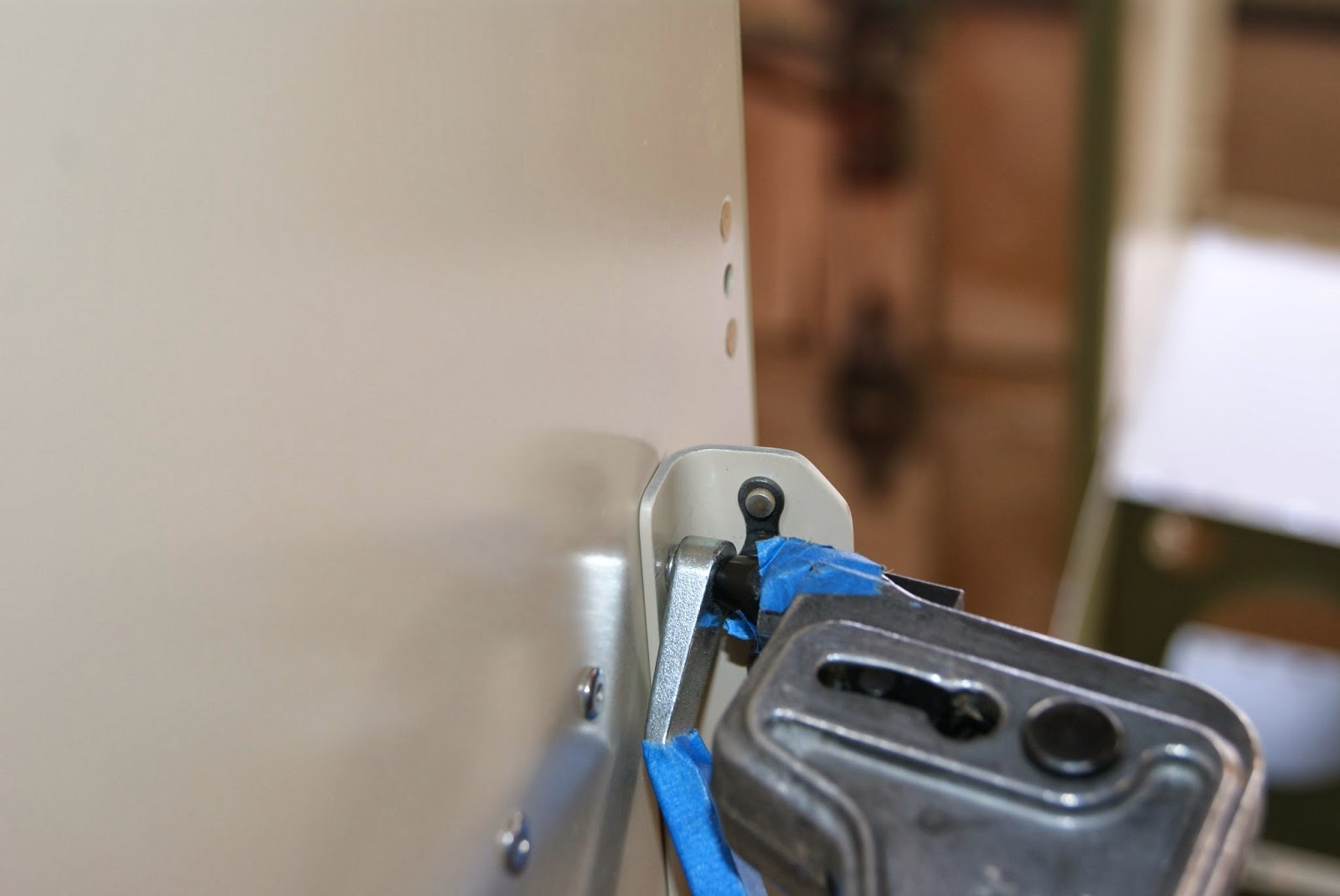 Gaining access to the top rivet was difficult with the nutplate riveted in place… needed to use the offset tool and the close quarter rivet puller. As it was, there was just barely enough room to get onto the rivet. 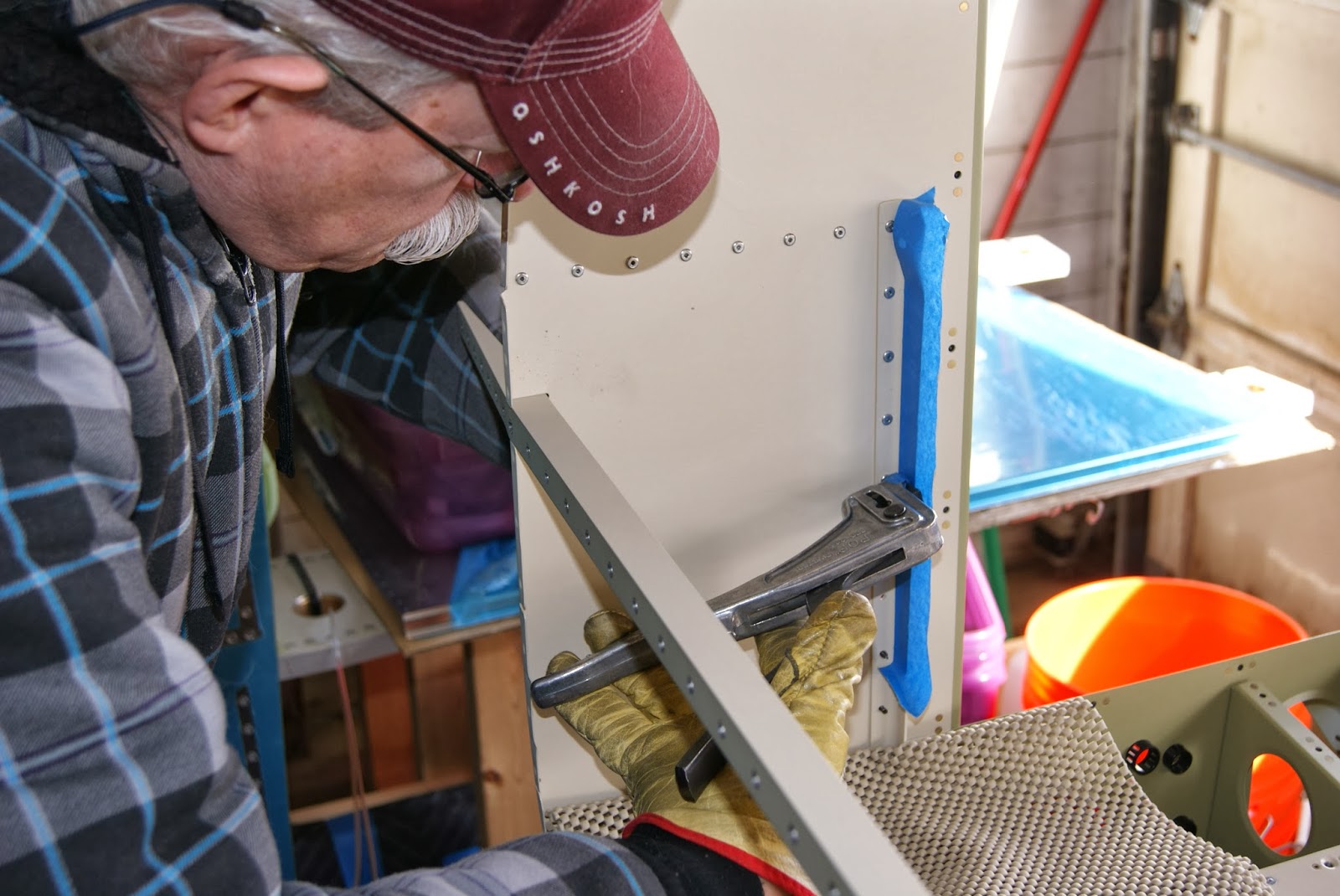 Riveting the F-1207J attach angle onto the F-1207C-R baggage bulkhead.

AN OOPS MOMENT. Recently, Van’s made a modification to the RV-12’s fuel system and has changed over from using a vented fuel cap to venting the fuel tank by way of a vent line. This change was made after my fuselage kit was purchased … so my drawings make no reference to two rivets that need to be left open for instillation of a support bracket onto the backside of the baggage bulkhead for the vent line. In the back of my mind I thought there was an issue here and prior to riveting the F-1207J attach angle I rechecked the drawings and subsequently riveted all the rivets. Feeling there was still an issue here, did more in depth research and indeed discovered two rivets holes need to be left open. So the two rivets were carefully drilled out without creating any issues. 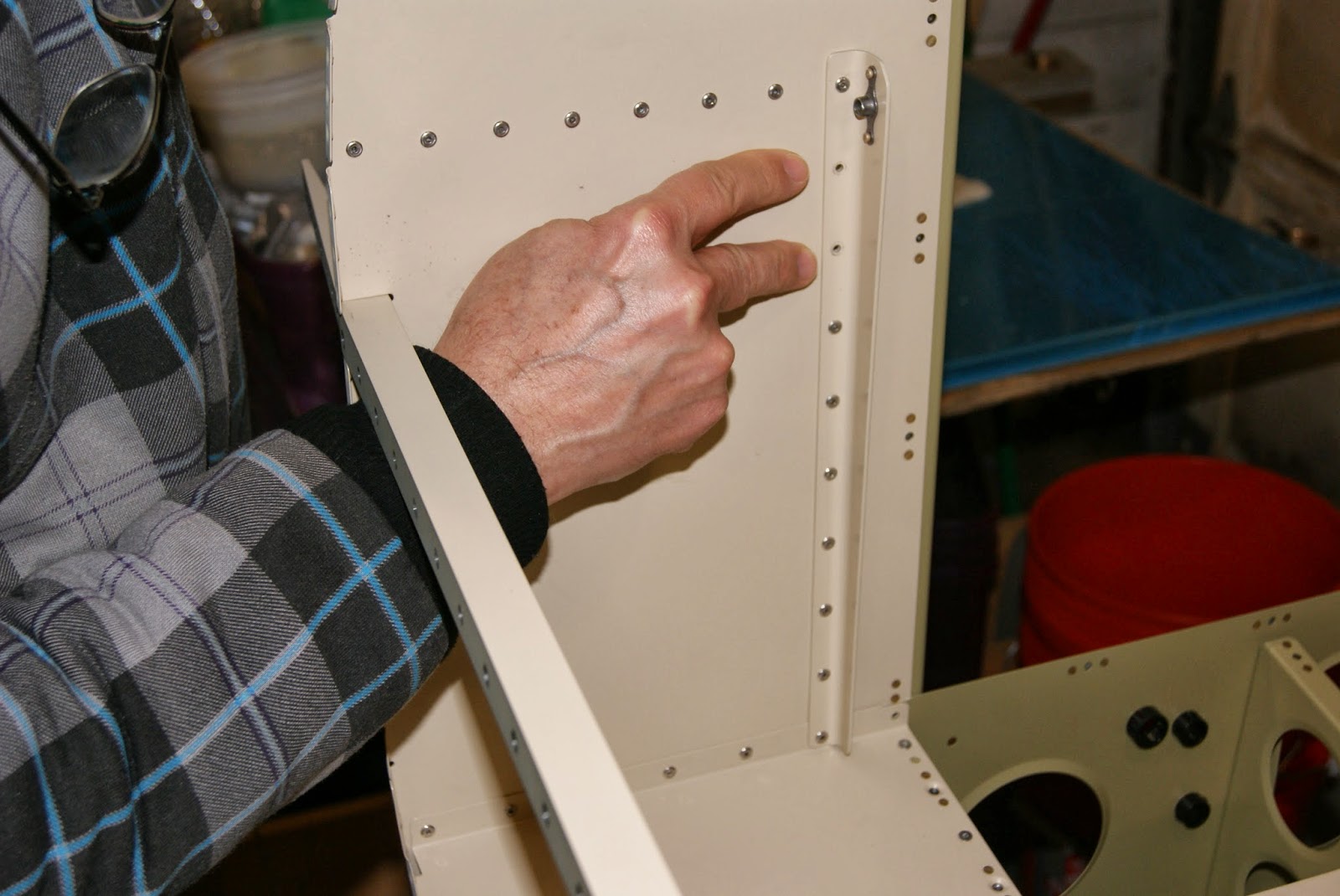 The two rivets that needed removed from the F-1207J bracket … the rivet holes here need to be left open for later instillation of the new fuel vent line support bracket.

With the exception of the F-1254 support frames, work in section 24 is completed. The support frames can be added at any time and if left off for the time being, will be one less thing to get clothing snagged on while leaning into the fuselage running wires, controls, ect.

Section 25 has the builder mate the tail cone with the fuselage which I can not do in the shop … so will skip that part of the assembly for the time being. Reading the forums, it appears many RV-12 builders suggest holding off attaching the tail cone until the very end of the build, so I feel comfortable moving onto section 26.

Working again in section 26 of the assembly plans, continued making progress on the RV-12’s seats and match drilled the remaining pair of hinges (cut during a previous work session) which attach onto the back of the seats. 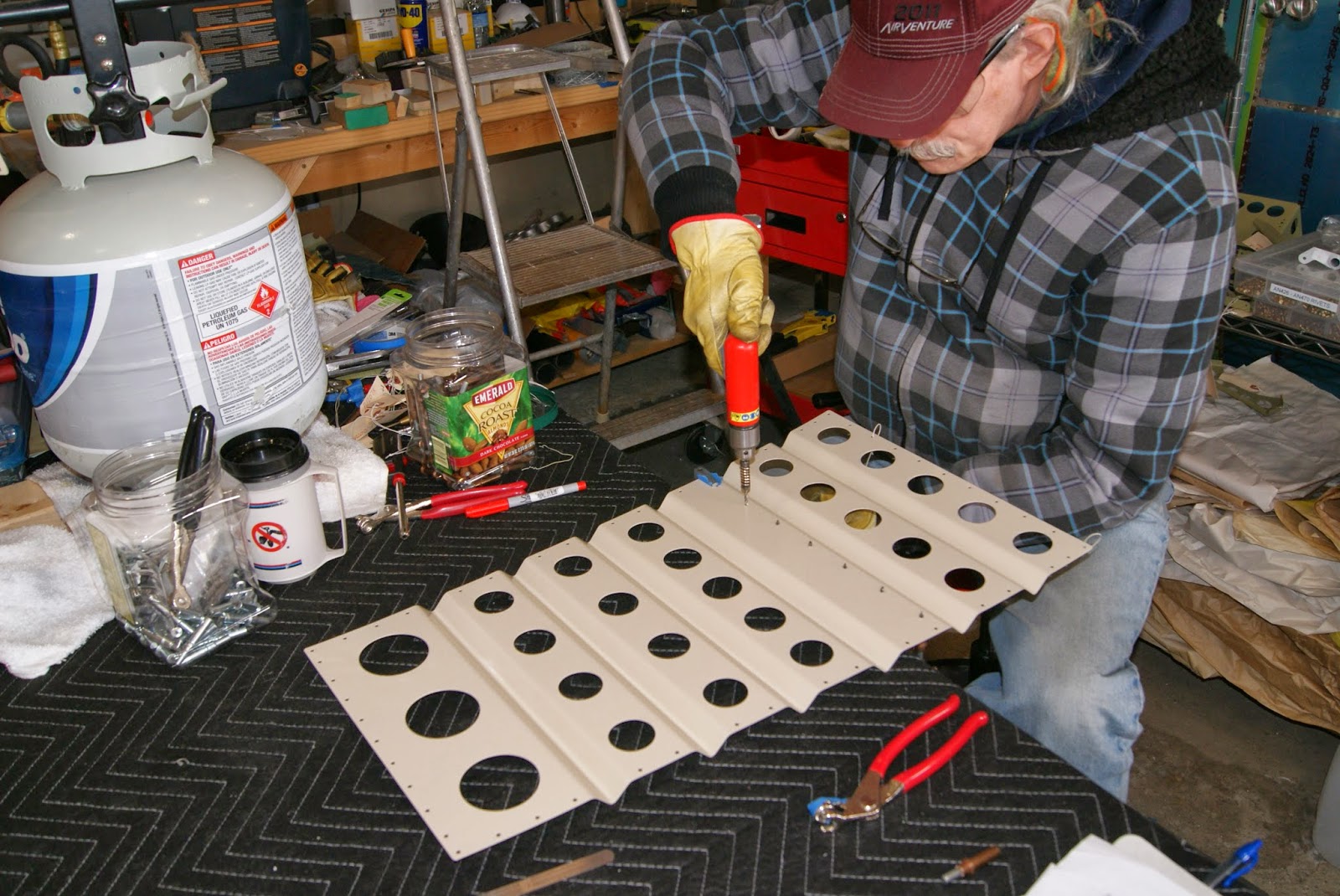 Match drilling the remaining hinge to the seat back.
Won’t be able to assemble much of the seats because I want to prime and paint the hinges. But will try to get all the drilling out of the way now and then move onto section 27 assembling the rudder and brake system. Won’t be needing seats for quite some time.
.
Posted by John at 8:11 PM