Section 29 involves construction of the forward upper fuselage. The F-1201A firewall upper is made of stainless steel and like the other two firewall components previously installed, it had edges as sharp as razor blades which needed to be deburred. The 1" Scotch-Brite wheel was used on the end of the pneumatic grinder to smooth the easy to get to edges and a small diamond hand file was used in the hard to get to places. It took a little time to remove all the sharp edges on the F-1201A, but at least the firewall upper is not lethal anymore. 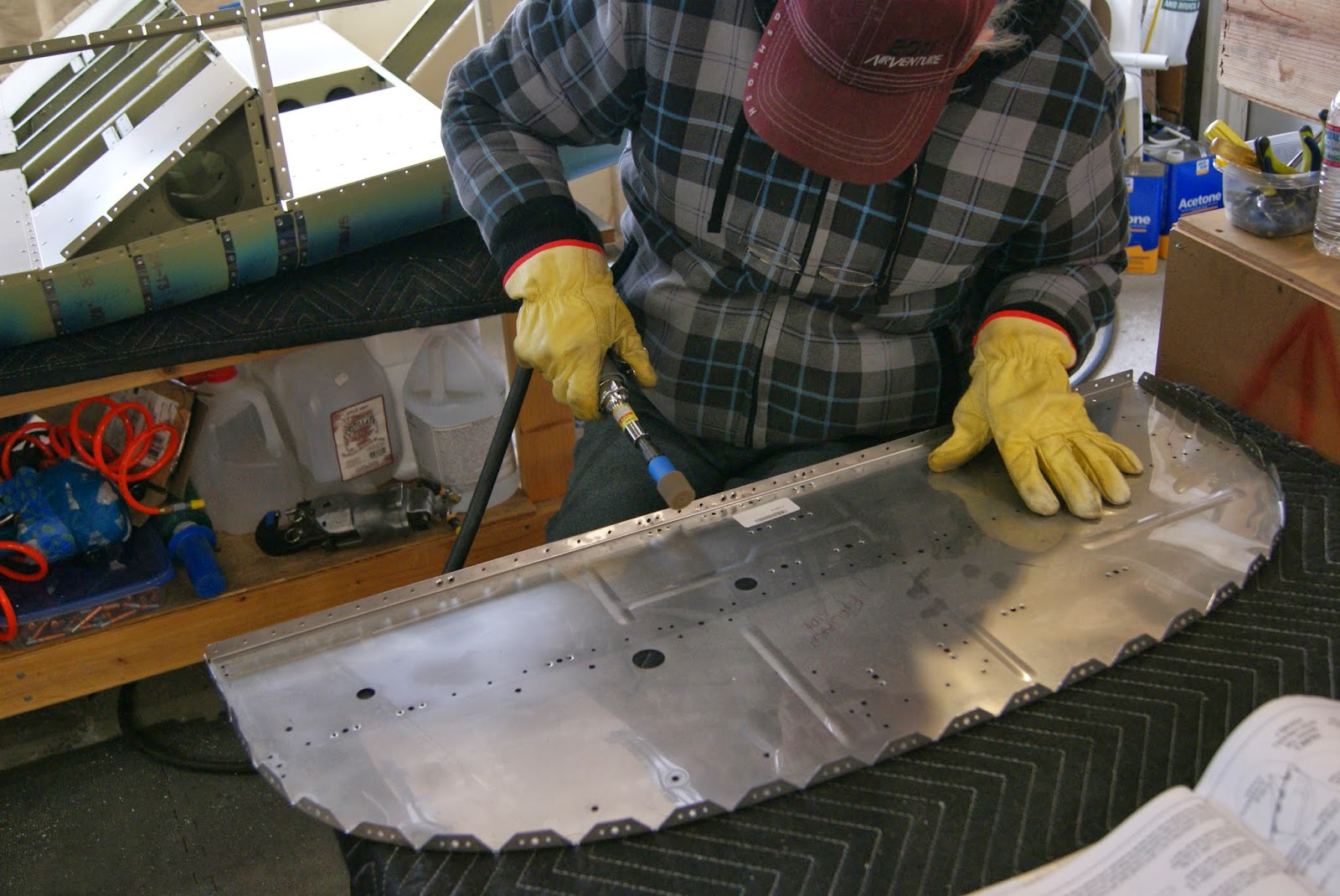 Smoothing the razor sharp edges on the F-1201A firewall upper with a Scotch-Brite wheel on the pneumatic grinder.

The upper firewall assembly supports four hinges which need to be cut from hinge material.  The F-12116-L&R mid cowl hinges are created from two 4 1/4" hinge pieces. The F-1201J and F-1201K upper cowl hinges are made from 25 1/2" and 12 1/2" pieces of hinge material respectfully. The hinge pieces that were too long to fit the throat of the band saw were first rough cut with a hacksaw to a slightly larger than required size, then final cut using the band saw and deburred on the Scotch-Brite wheel. 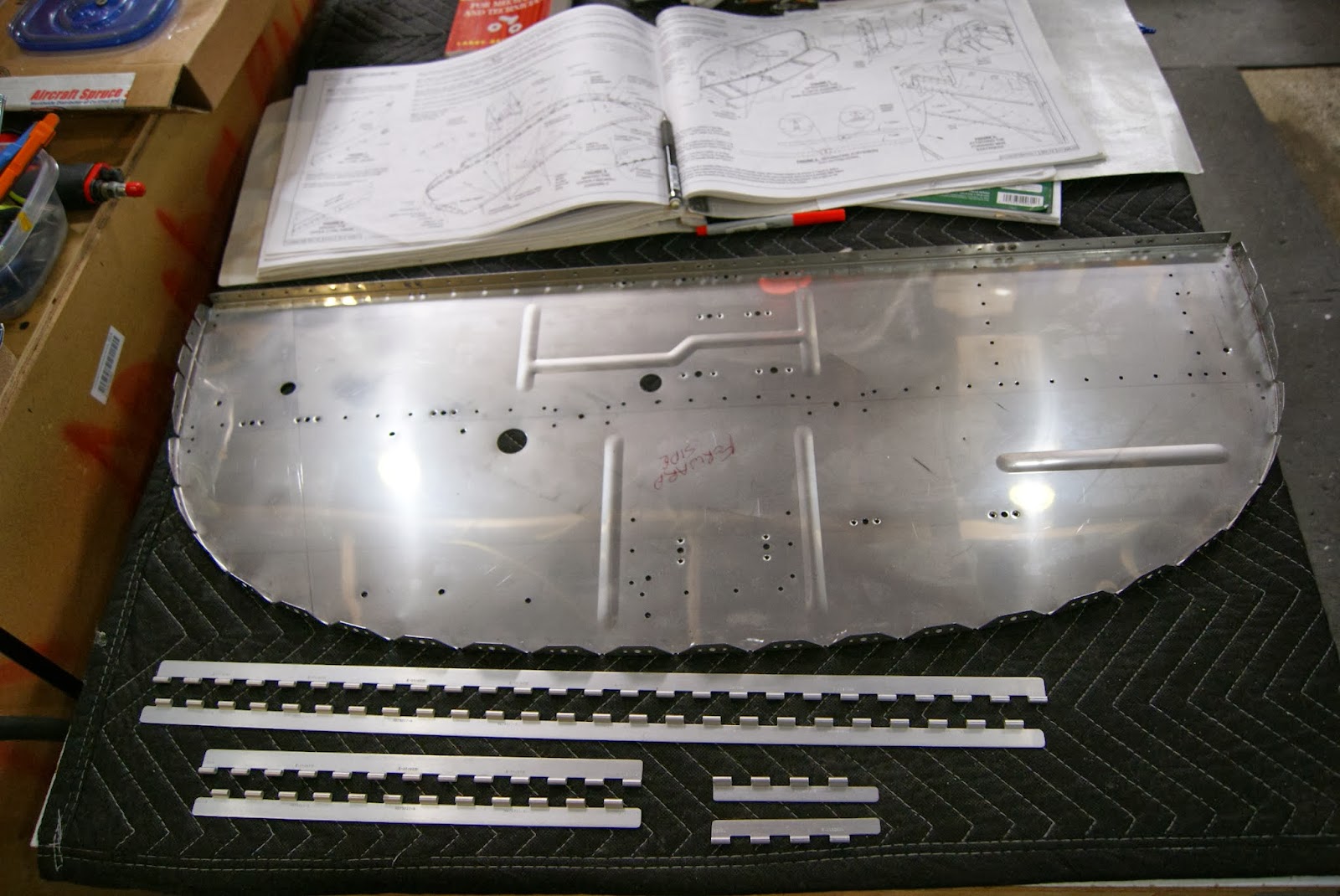 Finished upper and mid cowl hinges for mounting the engine cowling onto the upper fuselage assembly.

About the time all the hinges were cut and deburred, the heater in the shop ran out of propane which abruptly terminated the “region of bearability” both burners on the heater were barely creating. The temperatures today were plummeting, so it was off to the propane supplier to refill all the tanks … which will certainly be gone by the end of the weekend if I work in the shop during this latest Artic blast.
Posted by John at 7:49 PM