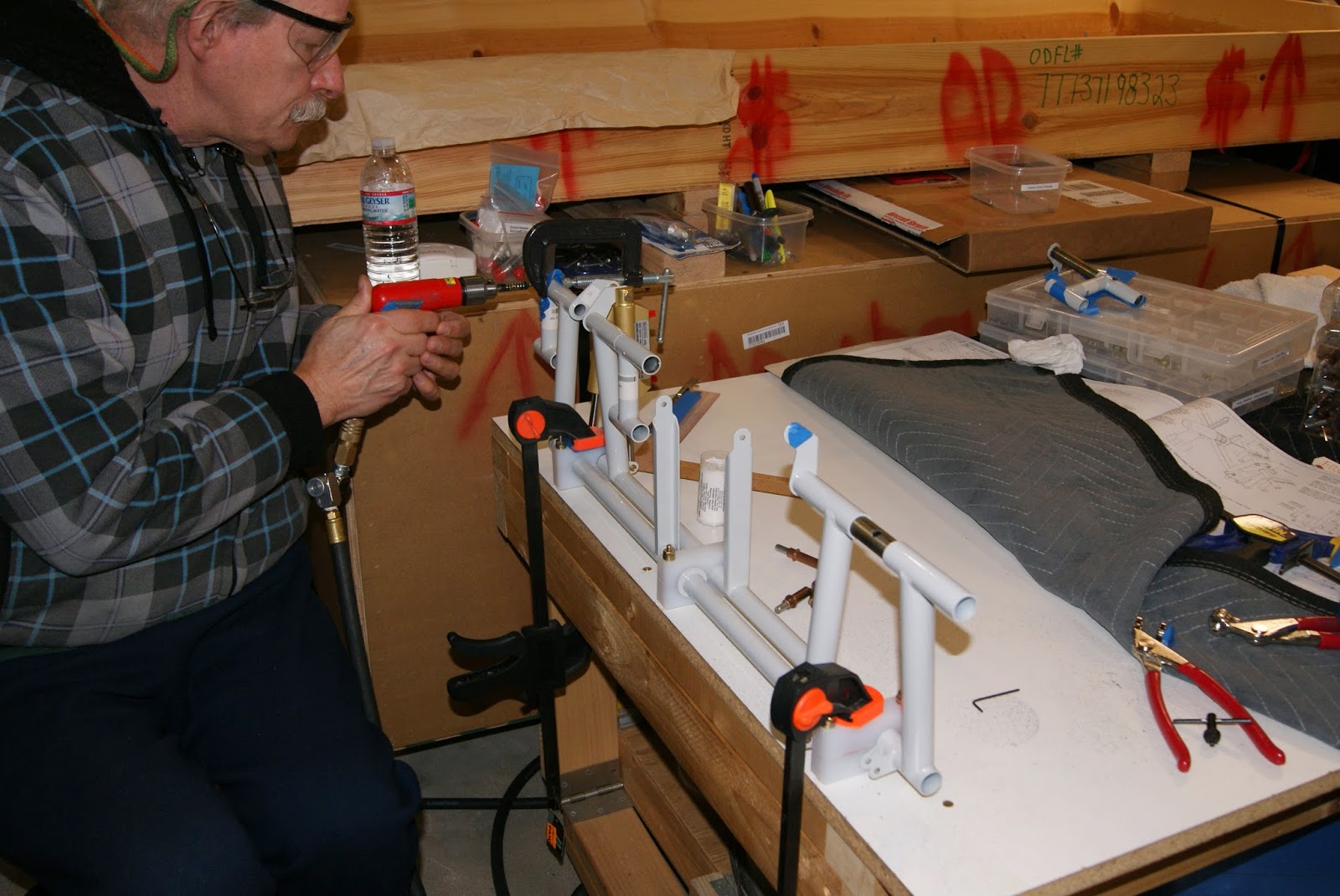 The plans instruct the builder to step the holes up to #12 then final drill to 1/4" so I first went to #19, then #12 and final drilled to 1/4". This is where I had a small issue … the 1/4" drill bit began chattering and bouncing a bit when first starting into the hole … guessing  it is because the tube is round and the drill bit was bouncing on the curved edge. I proceeded and got the first hole drilled, but I did not like the chattering one bit so decided to use the drill press … so everything needed to be labeled and disassembled. Sure this may have taken a little longer, but ultimately it was a good call. To hold the alignment of the two parts I used a #30 drill bit placed into the bottom hole to lock the parts in position. 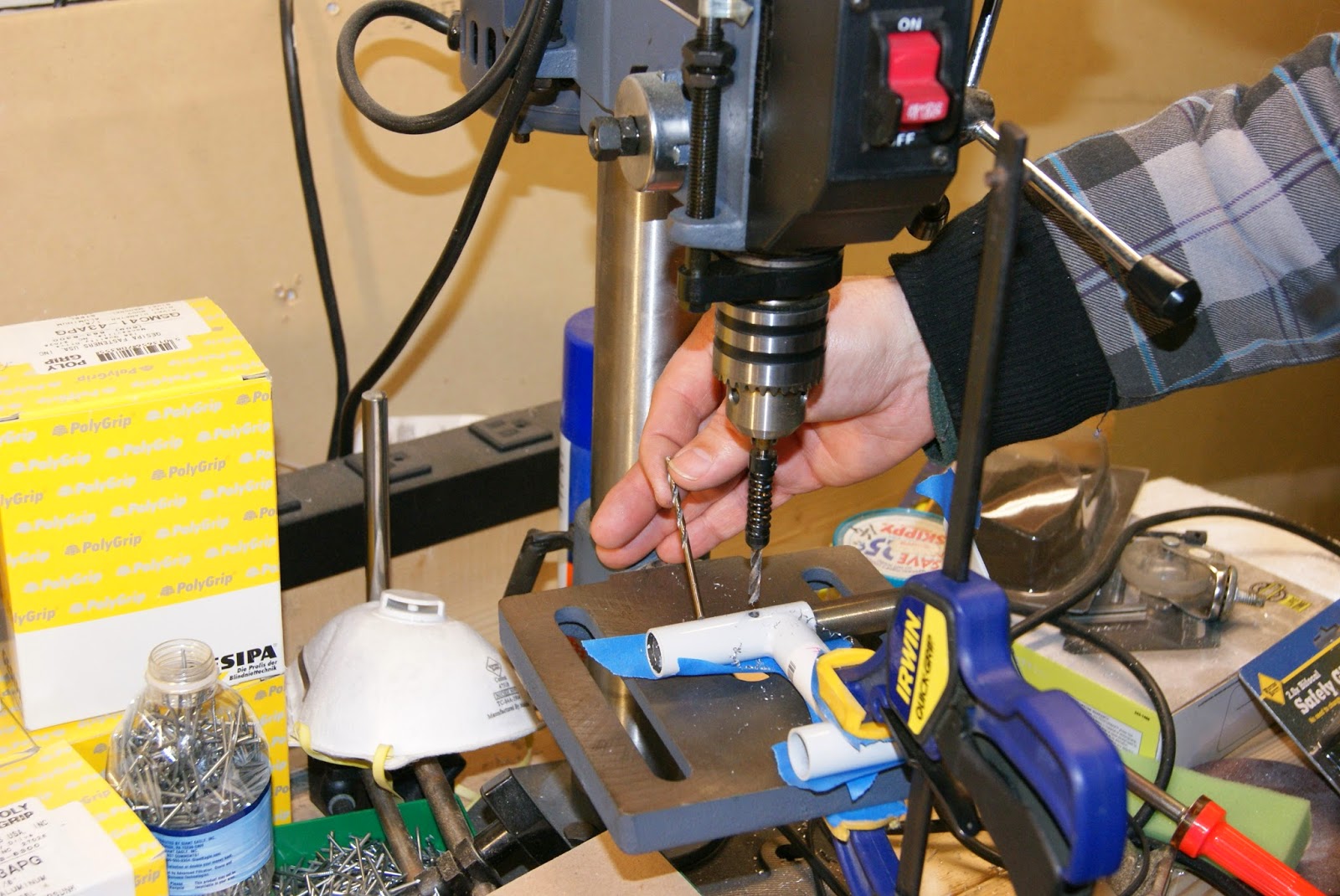 Using the drill press to drill the WD-1209 brake pedal and WD-1211 torque tube assembly to #19. The #30 drill bit in my fingers was previously inserted from below to hold the position of the parts until the #19 drill bit made its way inside the tubes.

As the holes were enlarged, that drill bit was used to hold the position of the parts from the bottom while the next larger drill bit was used in the drill press to enlarge the hole to the next size. This process was repeated until the final drill size of 1/4" was reached. All turned out well with no chattering and good hole alignment. 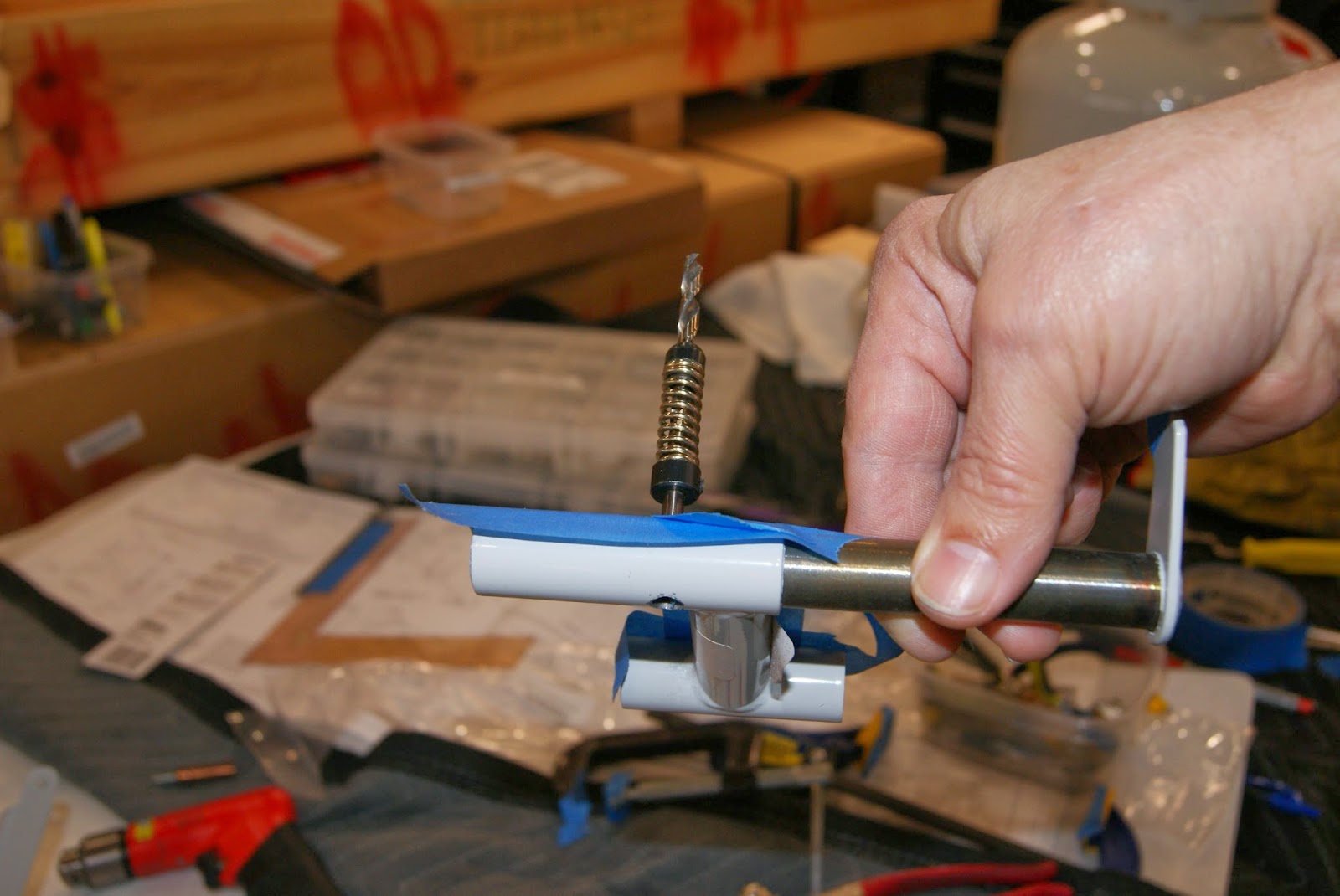 Here a #12 drill bit held the parts in position while the front hole was enlarged to 1/4". 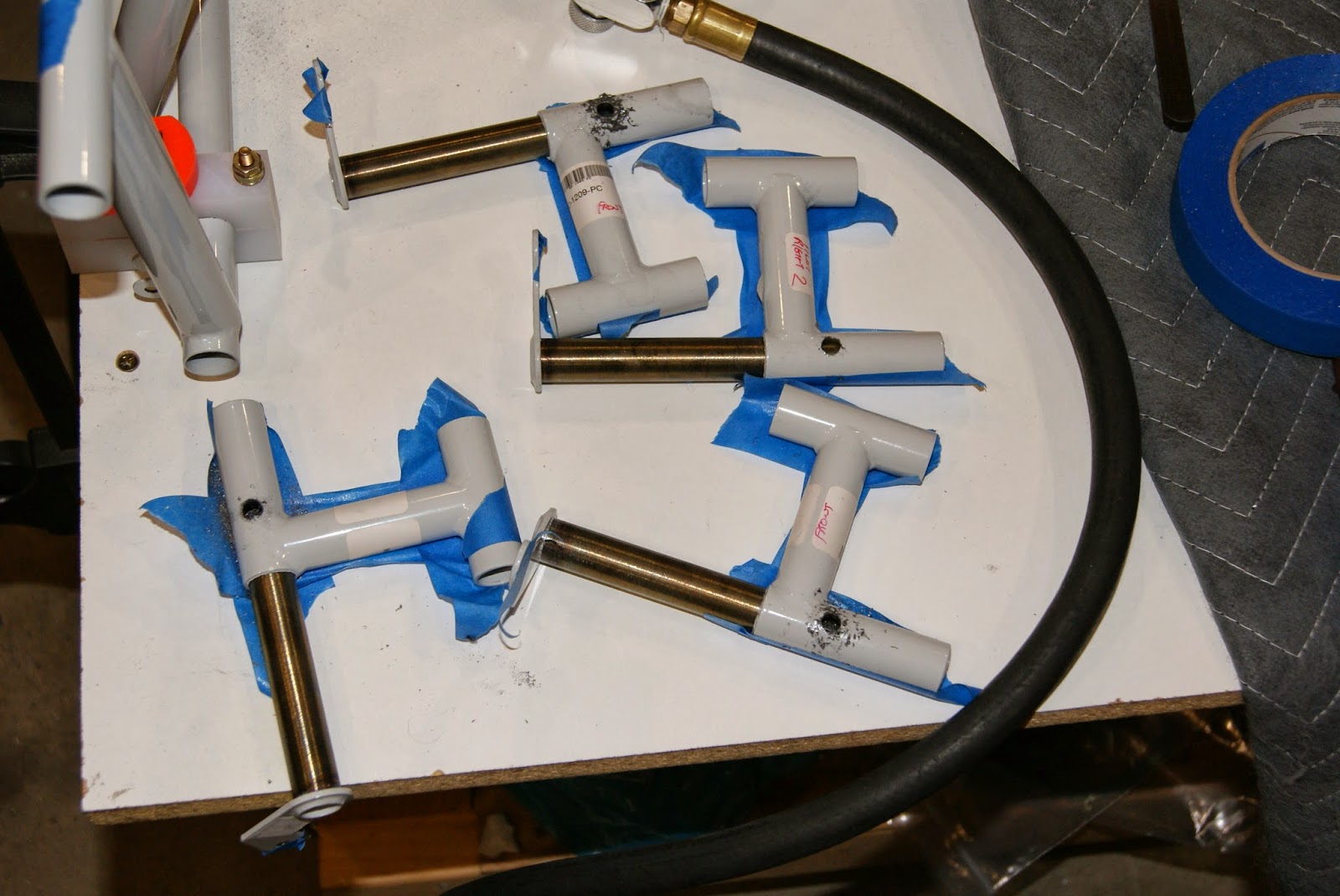 All four brake pedal and torque tube assemblies final drilled to 1/4" and ready for deburring and cleanup of excess Boelube.