Yesterday and today were the first work sessions in almost a week due to catching what appears to have been a head cold. Still not feeling quite up to par but far better than I was, just had to get back into the shop even though it was just for a little while each day. Riveting of the RV-12’s roll bar structure has begun and after two abbreviated work sessions it is almost complete. There are a slew of rivets that go into the roll bar structure … making it look akin to a porcupine with all the Clecos sticking out of the rivet holes. Guessing there are around 200 Clecos sticking out of the structure. 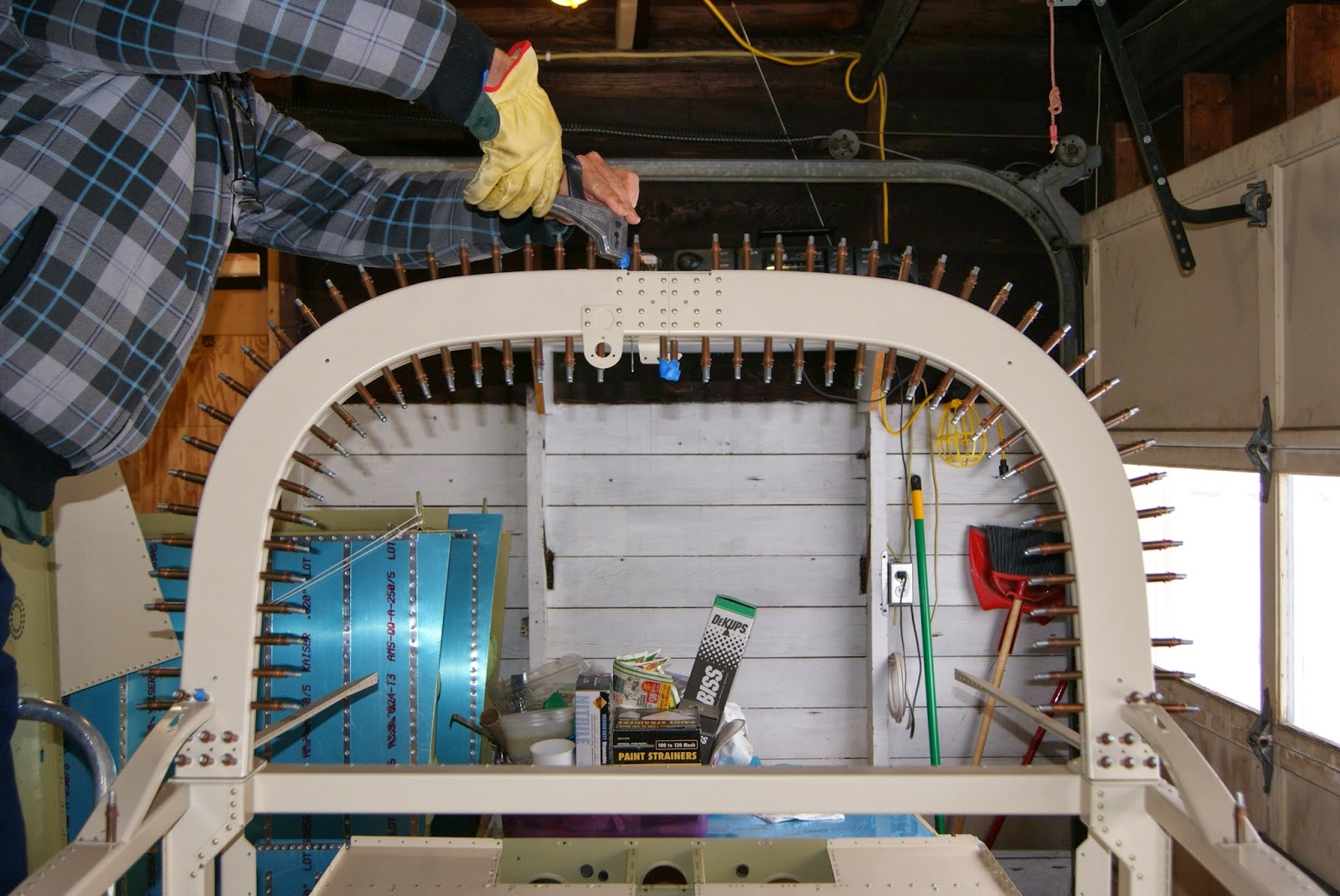 Beginning the riveting of the F-1231A frames to the F-1231B&C straps working from the center outwards.

The roll bar frames were riveted working outward from the center of the structure setting a few rivets at a time on the top and bottom while alternately working side to side down the roll bar frames towards the base. Don’t know if that was necessary, but that is how the parts were match drilled so that is how I chose to rivet. All the rivets that get set along the outside edges of the roll bar frame (excluding the bases) are CS4-4 flush rivets and the inside edges receive LP4-3 rivets. 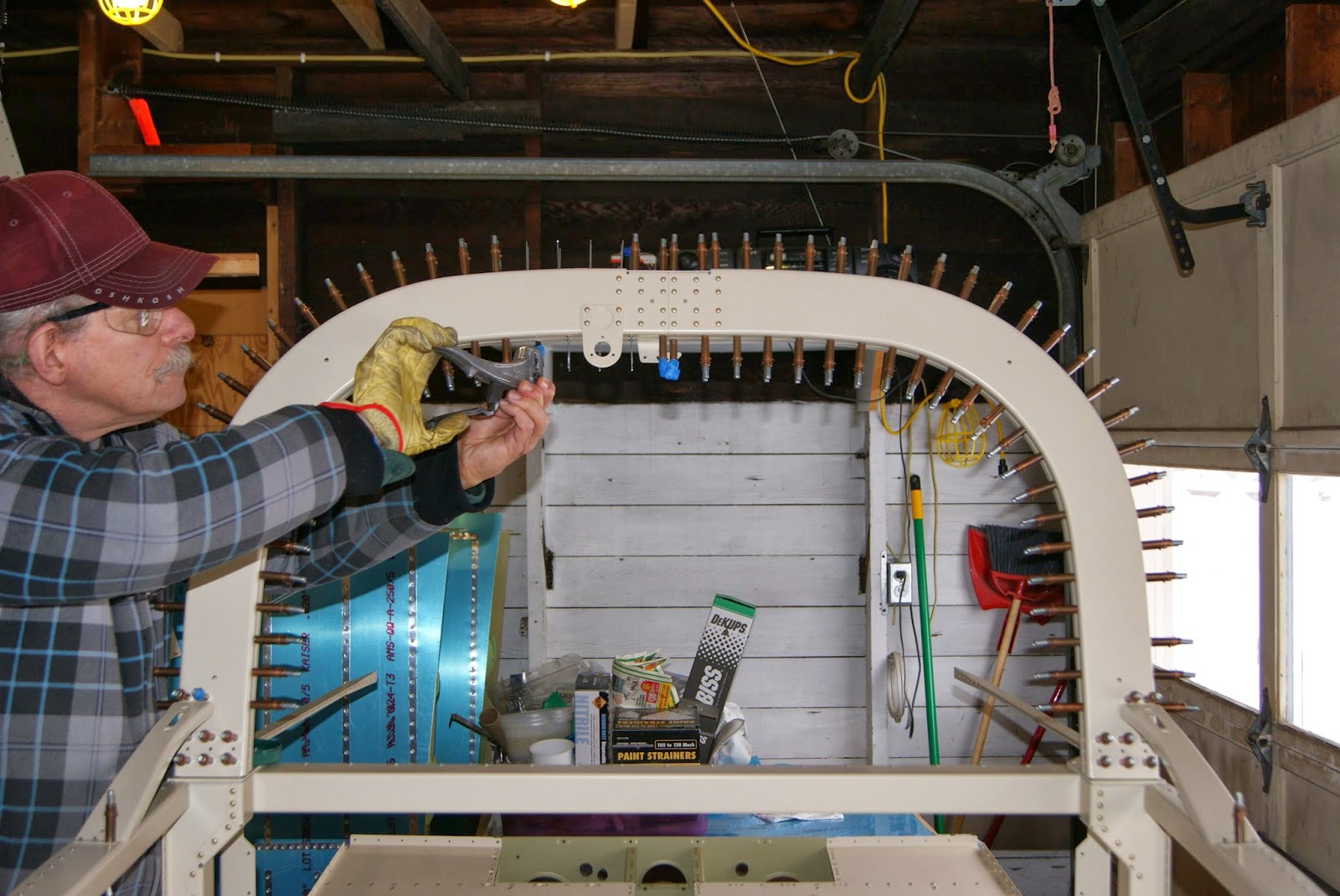 Partially setting the inside LP4-3 rivets with the hand rivet puller. 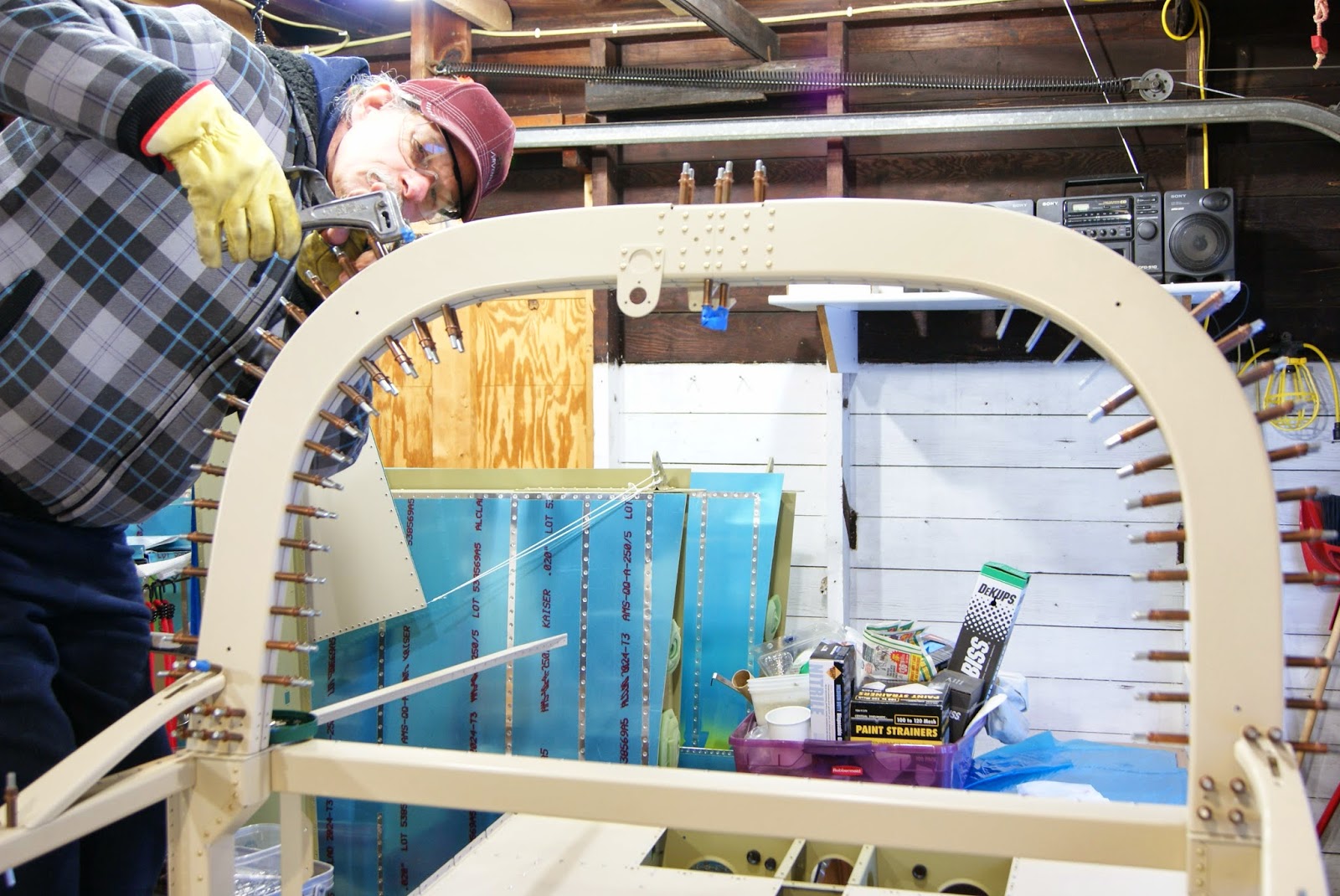 Using the hand rivet puller to set a CS4-4 pop rivet along the outer edge of the roll bar.

The hand rivet puller was used on all the outer flush rivets because the tip of the puller did not entirely cover the head of the rivet, so I could see the position of the rivets in the countersunk holes while setting the rivets. All the inside rivets were partially set in small groups with the hand puller and finished with the pneumatic rivet puller. It was just easier to do this way than switching tools back and forth for every rivet. 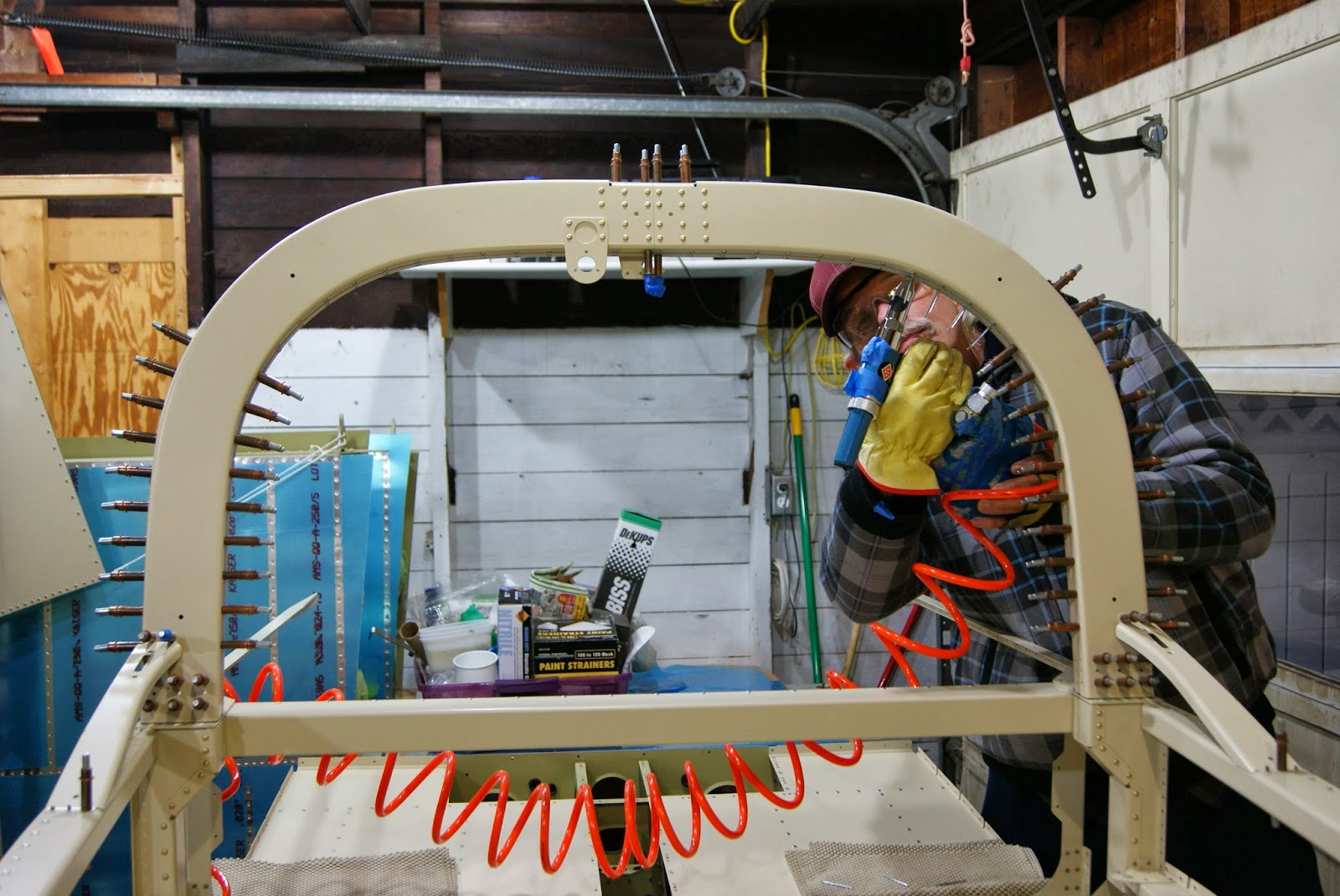 Using the pneumatic rivet puller to final set the inside LP4-3 pop rivets. 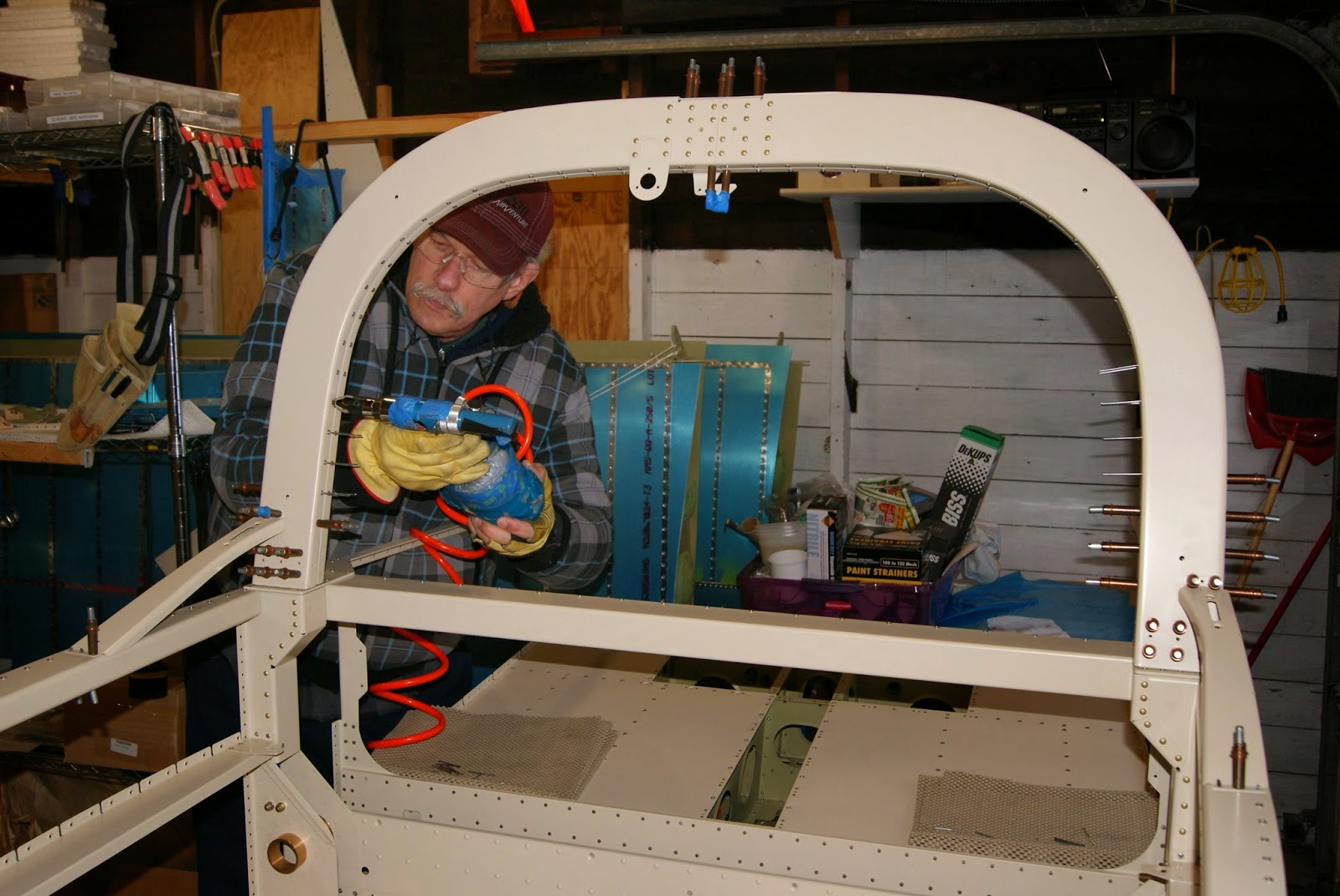 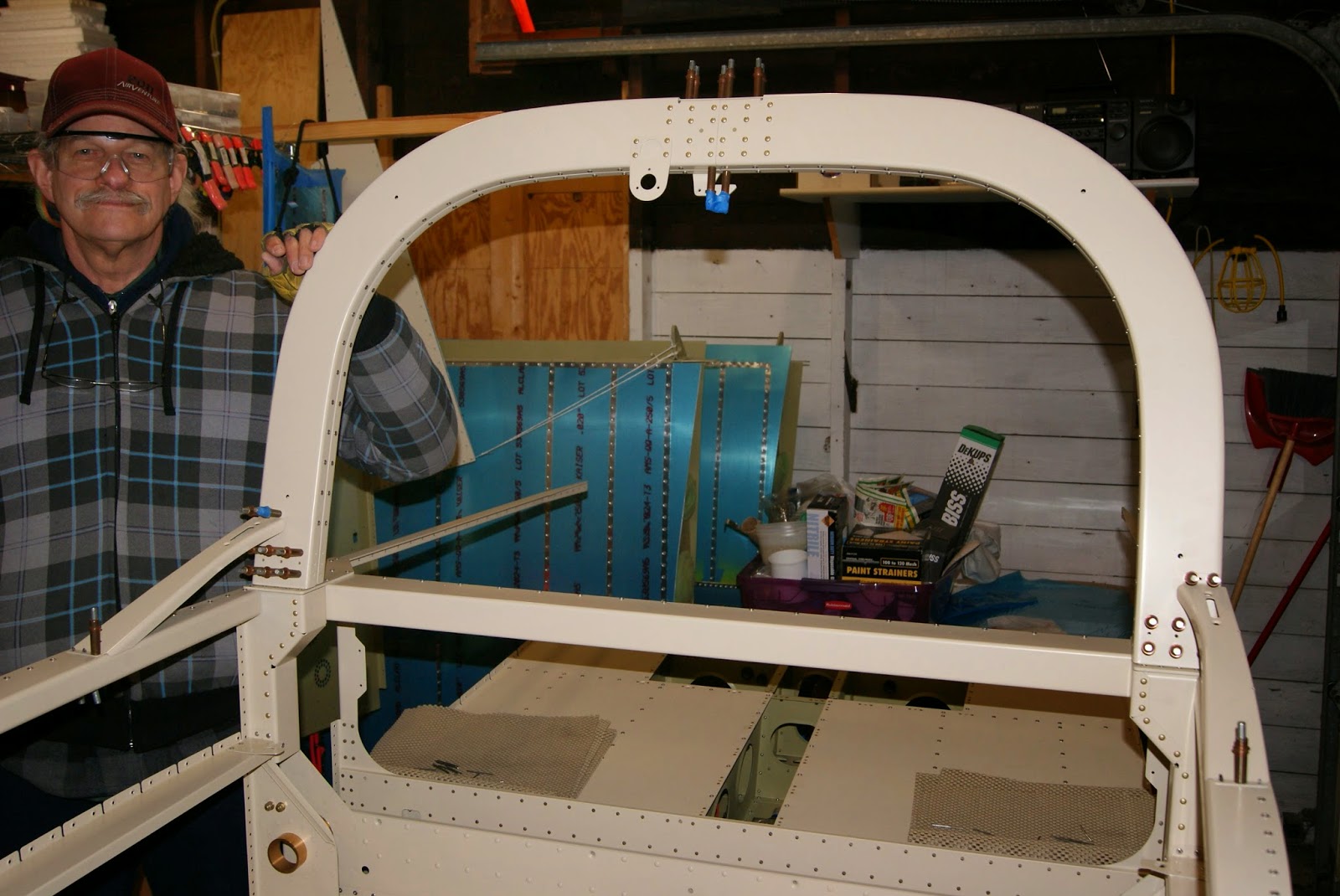