Skipping section 25 (which involves attachment of the tail cone) decided to move onto the section 26 and complete the seats as much as possible. Even though the hinges will not be riveted in place until the pieces are painted, forward progress was made on both seats. The F-1237C seat back angles were Clecoed onto the F-1237A seat backs so the bottom hole in each seat angle and underlying components could be drilled out to #12. 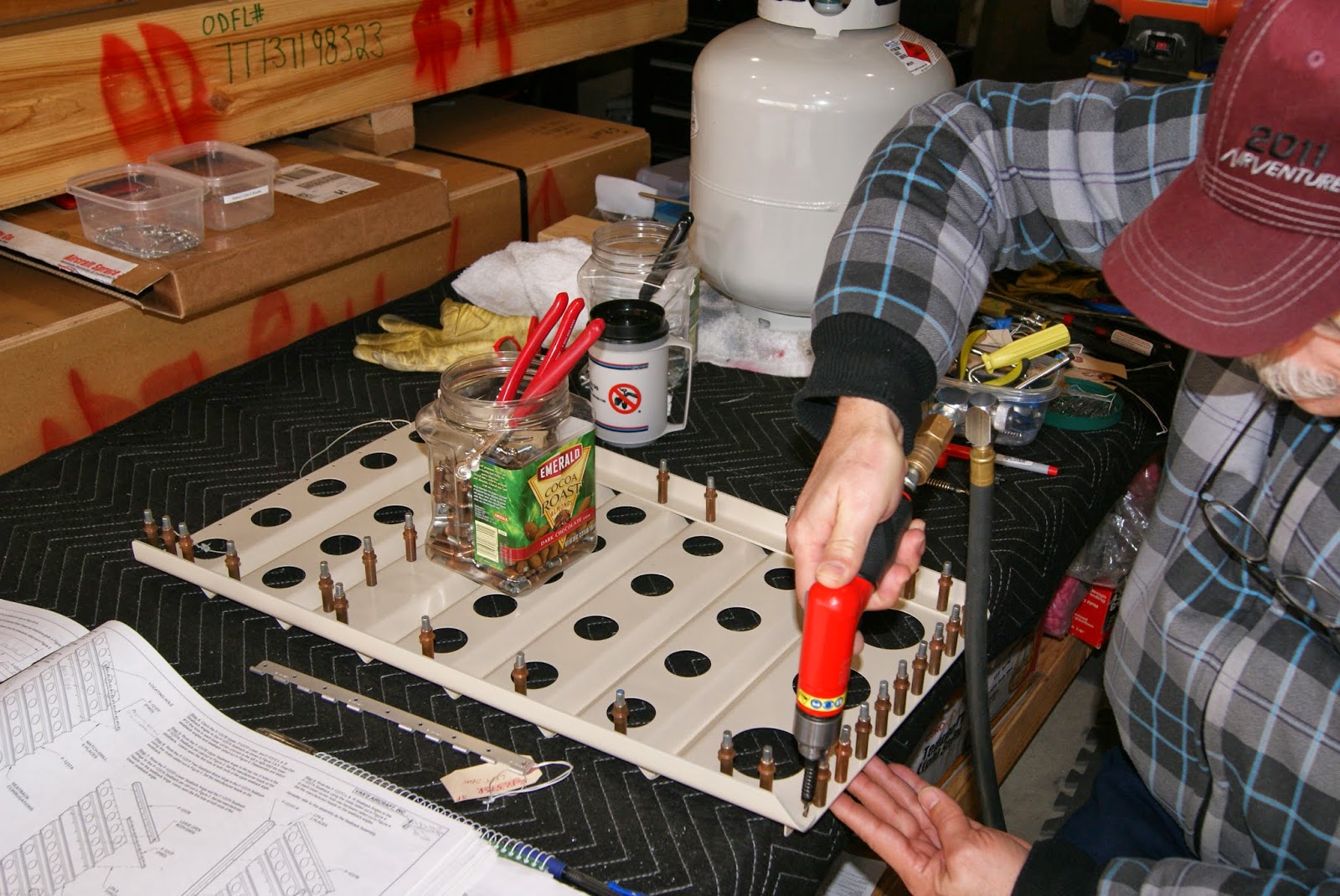 Drilling out the bottom rivet hole in the F-1237C seat back angle to #12 for AN3 bolts. 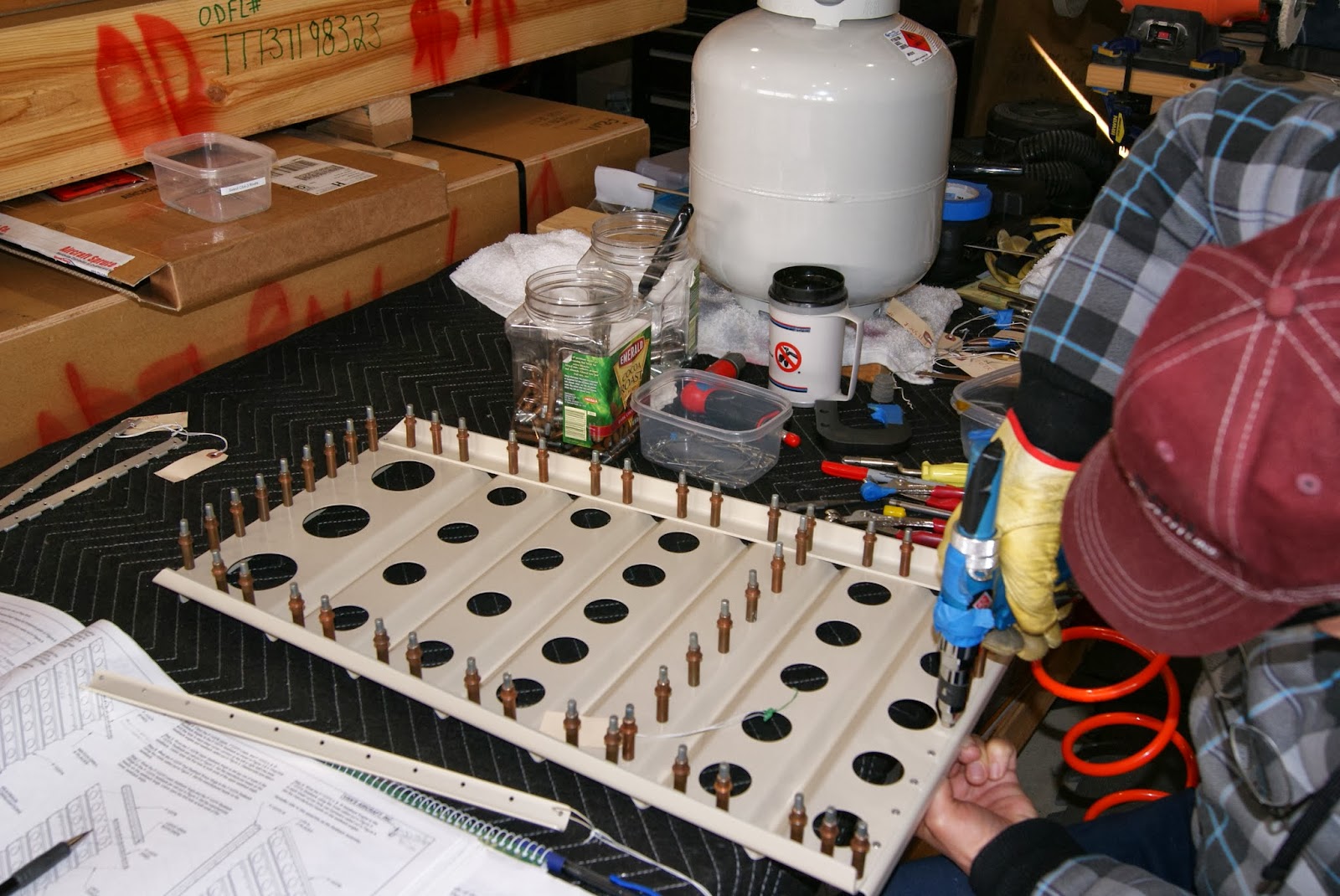 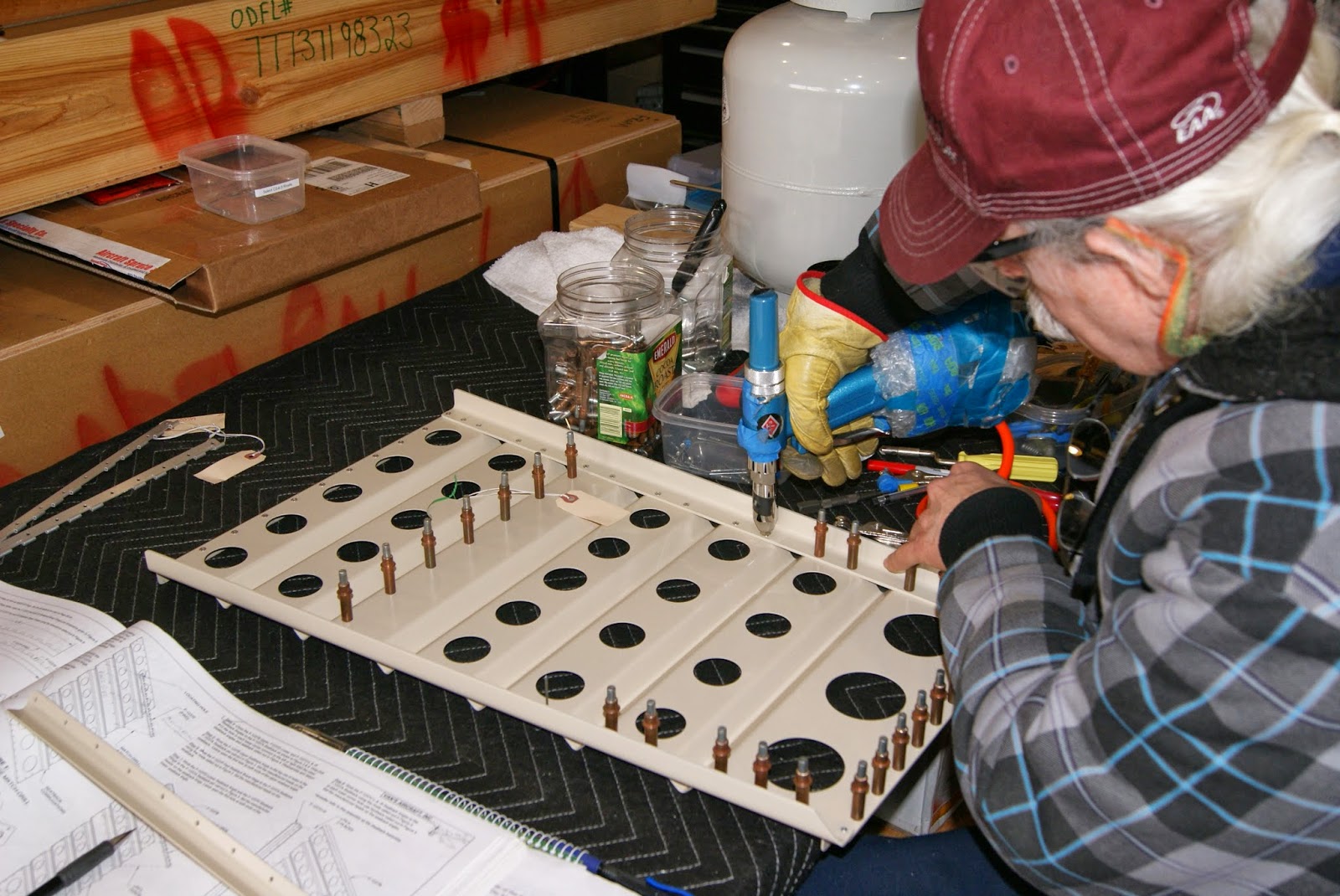 Using the pneumatic rivet puller to rivet the F-1237C seat back angle onto the F-1237A seat back. 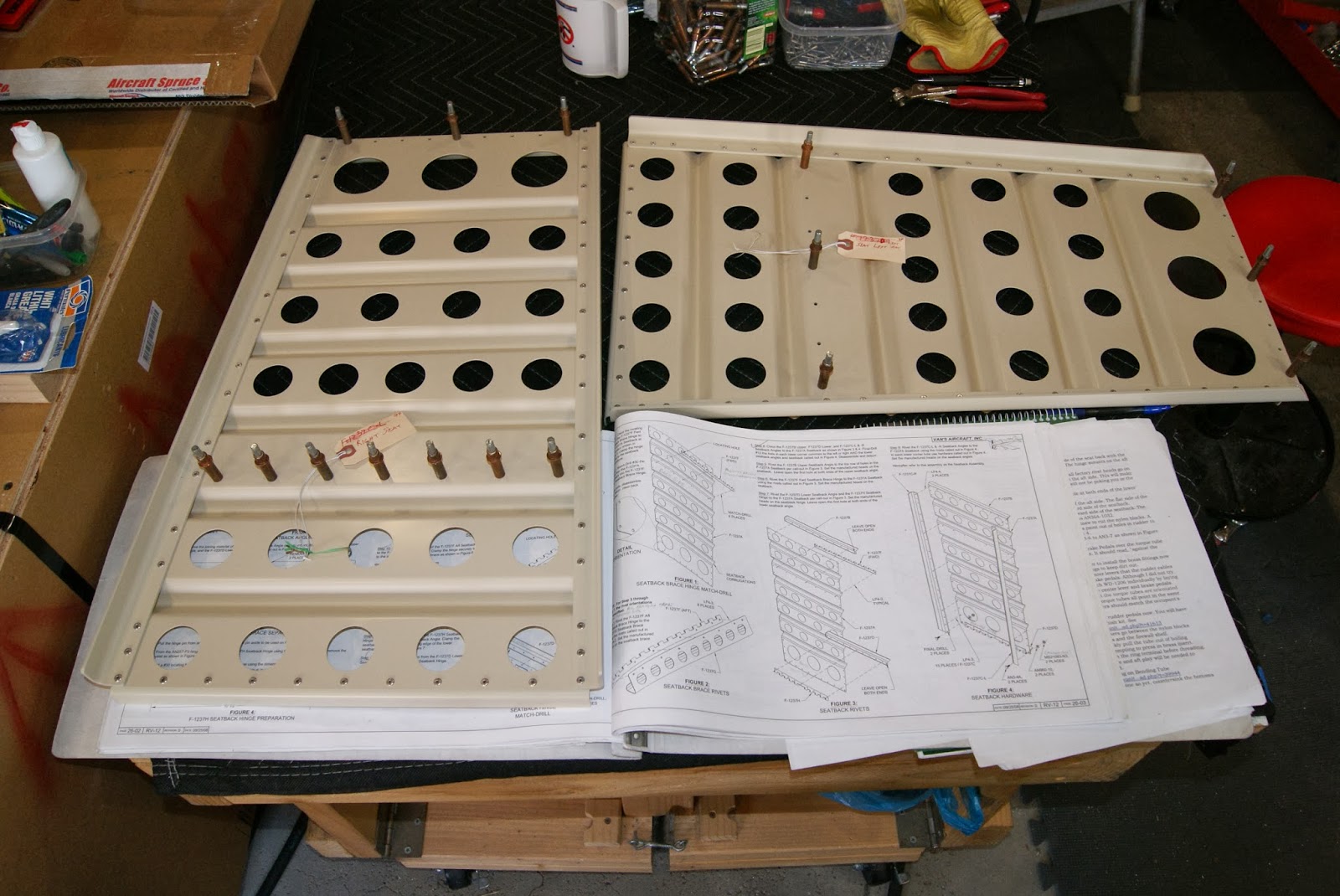 Completed seat backs ready for the hinges when they are finally painted.

Having done as much as possible with the RV-12’s seats, for the time being, moved on to section 27 which consists of assembly of the rudder pedals and brake system. 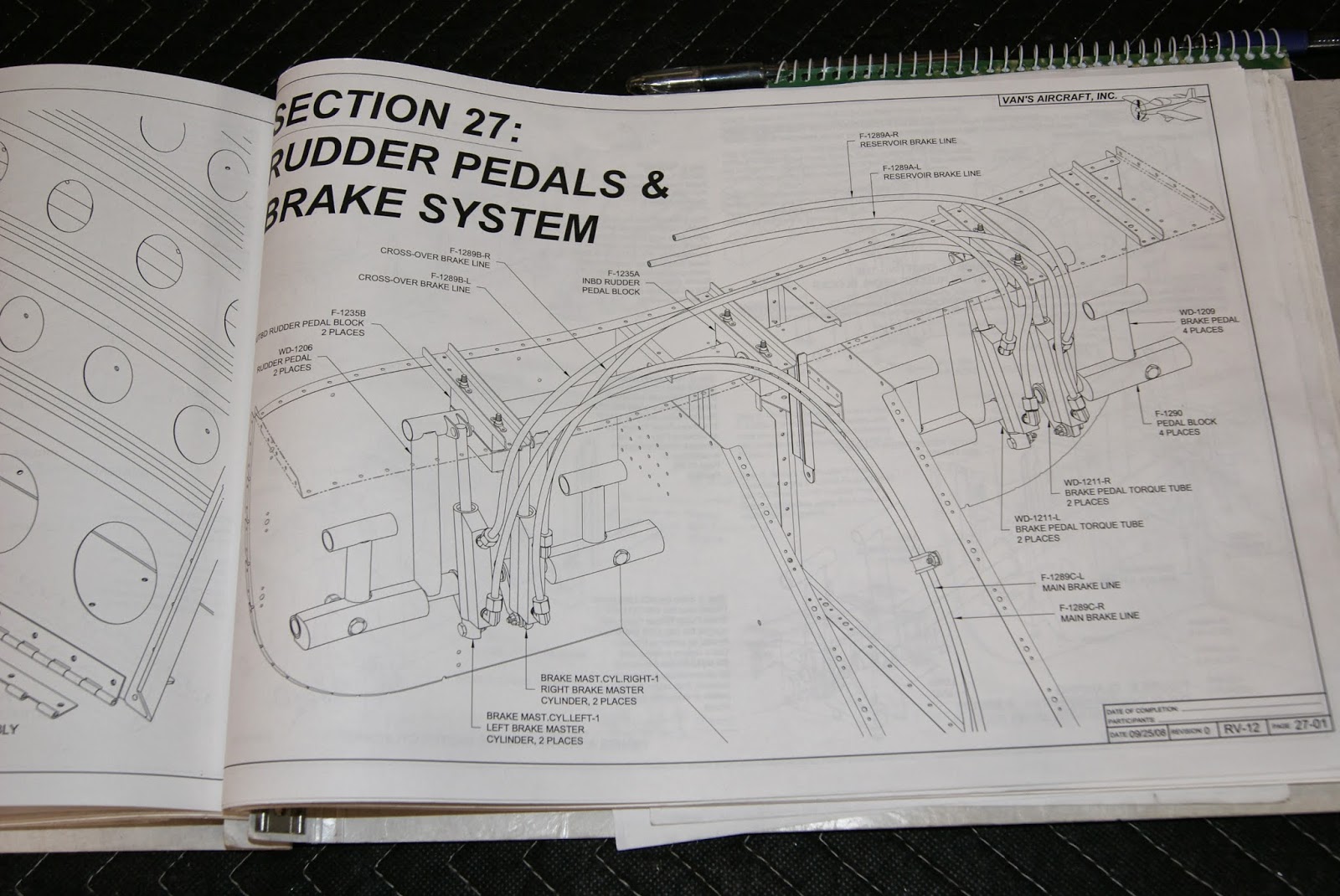 Work on the rudder and brake pedals begins by cutting three nylon pedal blocks in half. Each pair of blocks becomes a bearing of sorts for the two rudder tubes that make up the heart of the rudder pedal assembly. Prior to cutting, each block was marked so both halves can be reassembled keeping the same orientation as they were cut. The band saw made quick work of cutting the nylon blocks. 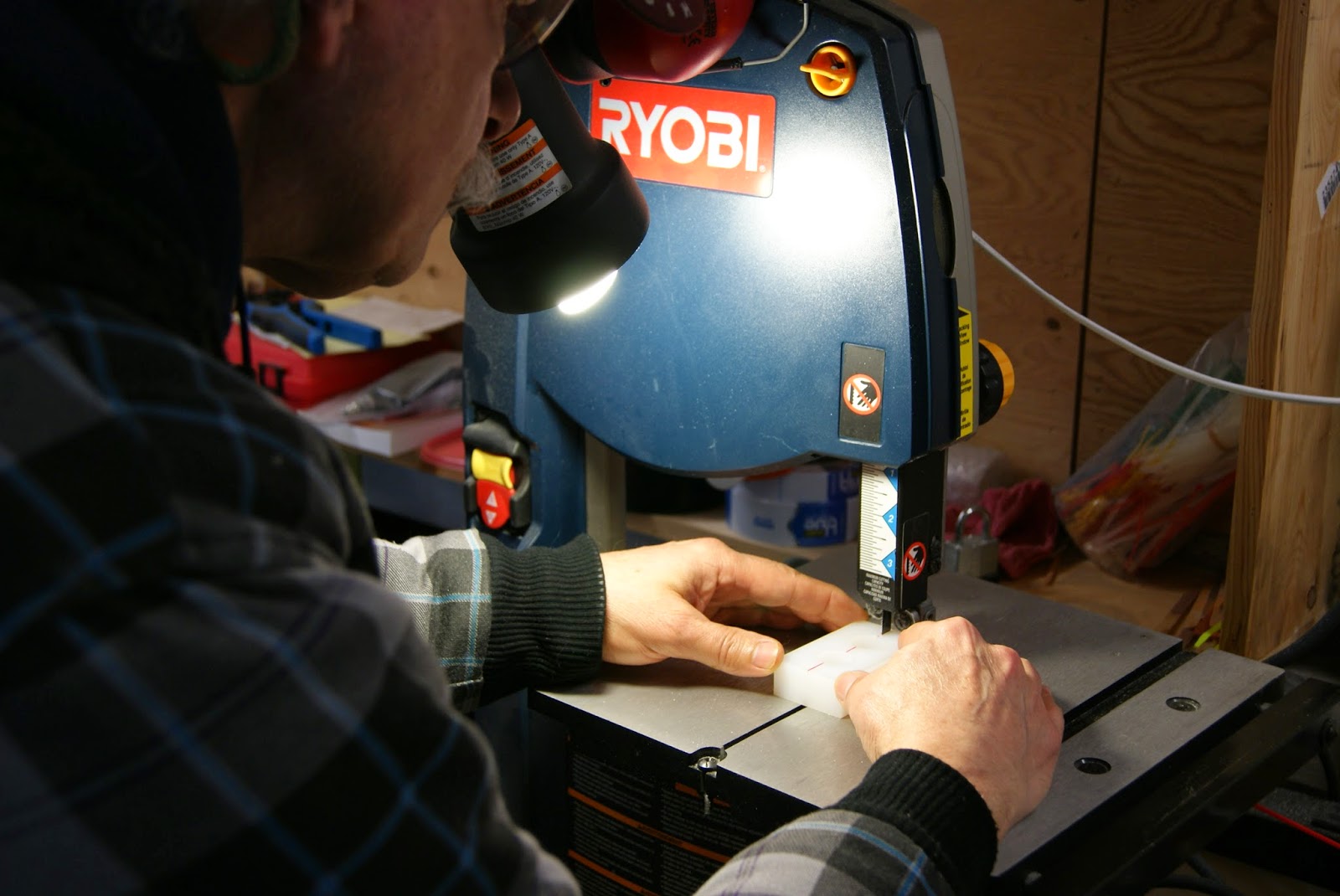 Using the band saw to cut the nylon blocks in half. 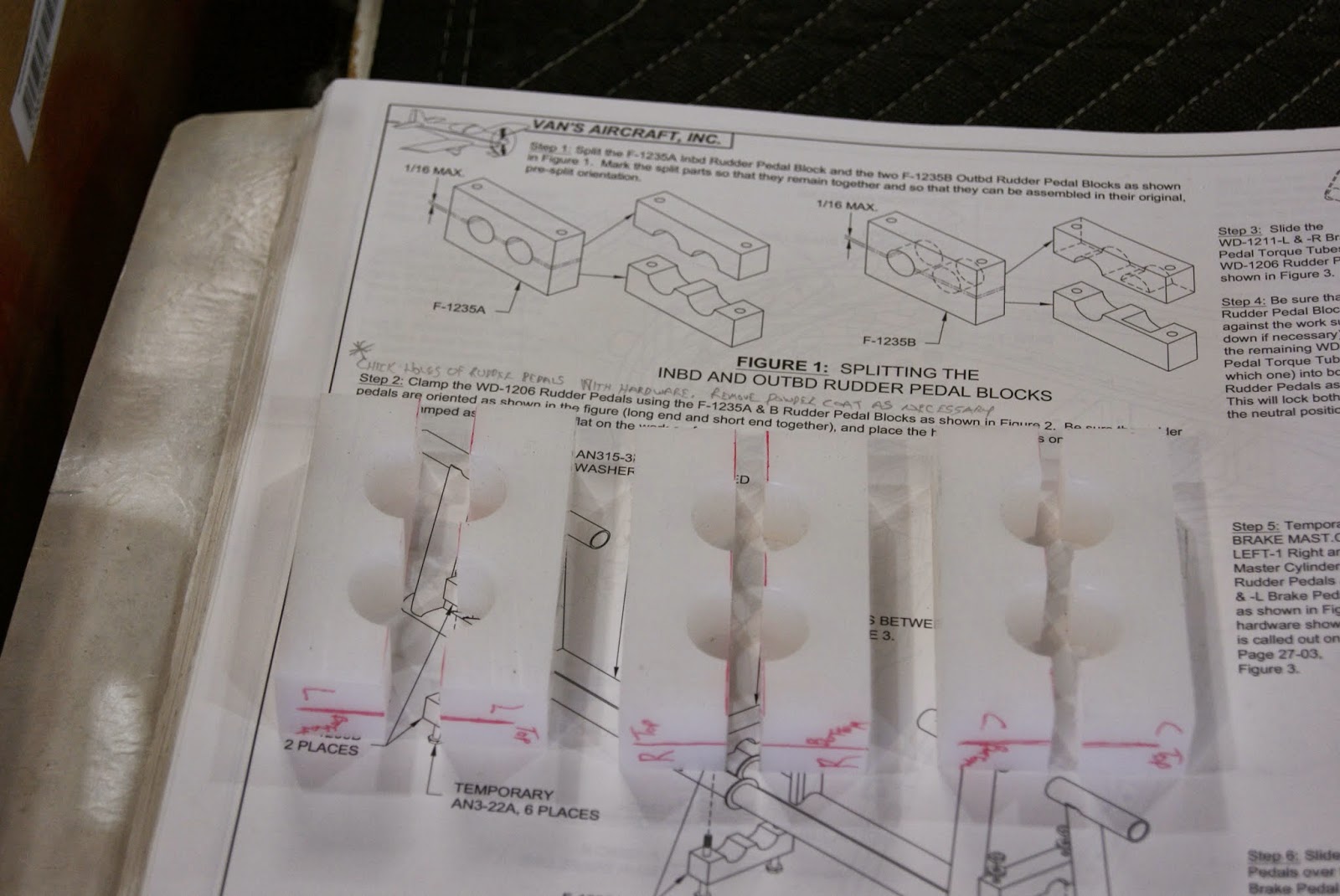 Prior to assembling any of the components, a #12 drill bit was used by hand to remove the powder coating from inside all the holes the bolts and pins will go through. 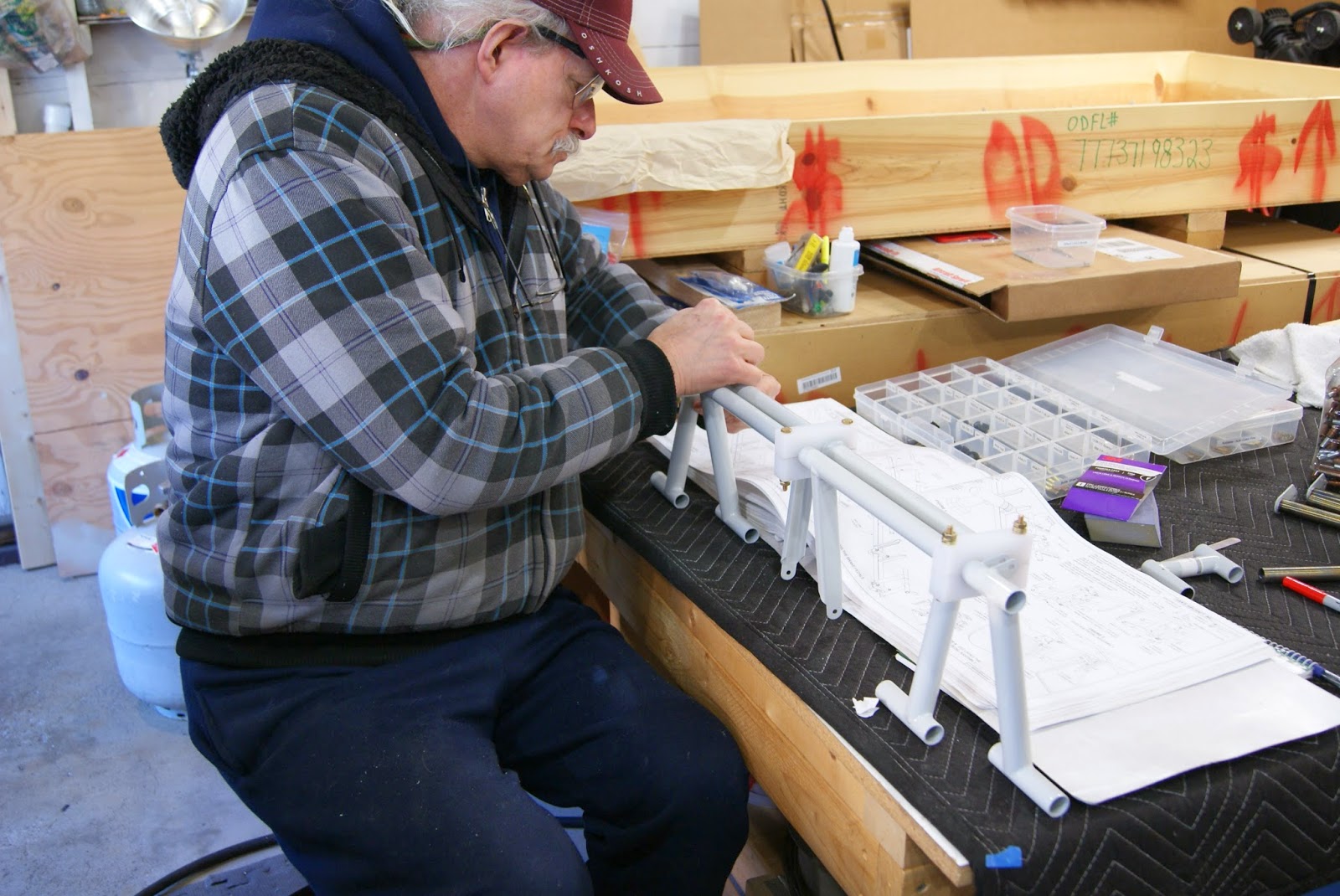 After the two rudder pedal tubes are supported in the nylon blocks, the components for the brake pedals are assembled. One side of the pedal assembly is locked in a neutral position and on the opposite side, the master cylinders are temporarily mounted and a pair of brake pedals are clamped vertically and match drilled into the WD-1211 torque tubes. 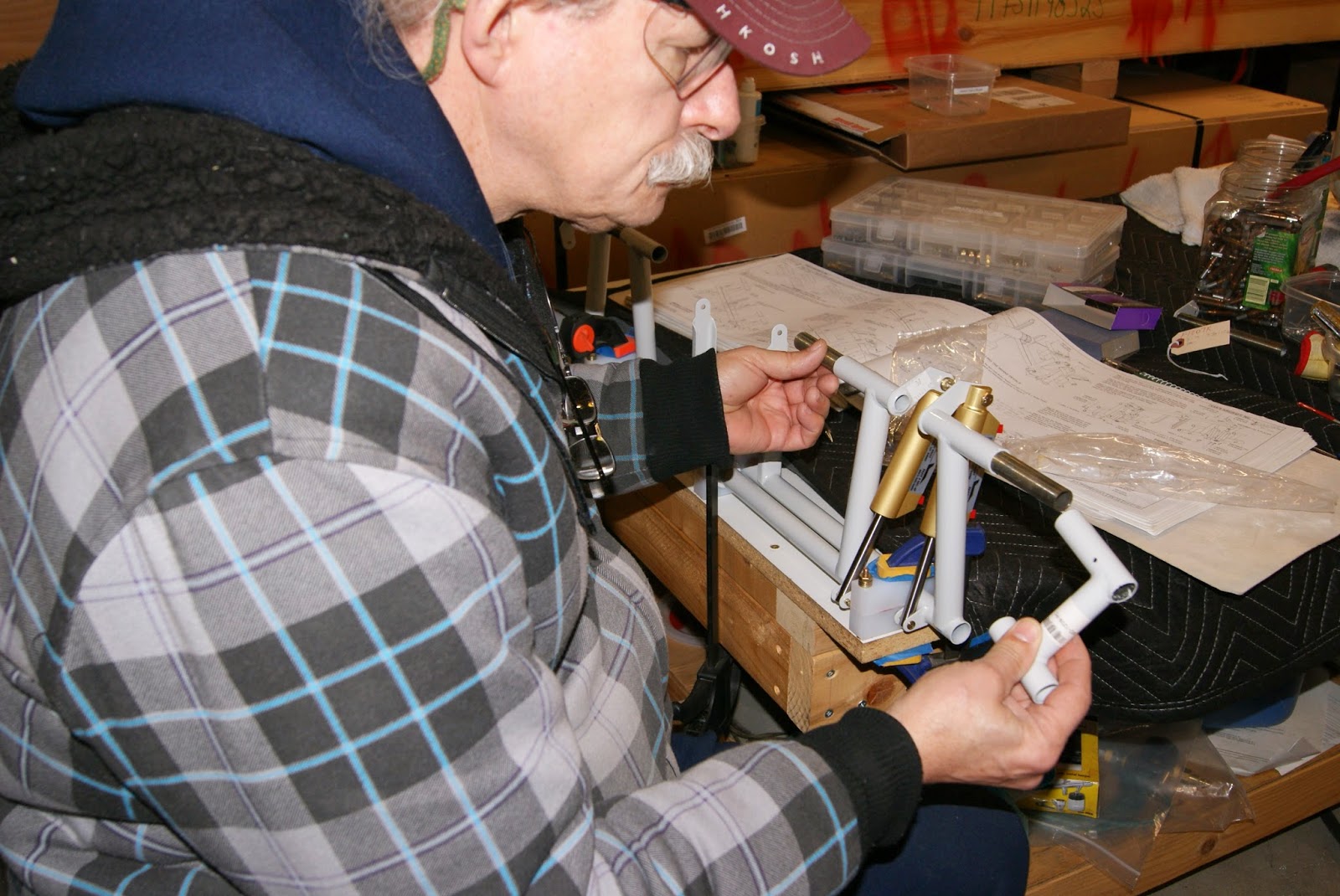 With the assembly locked in the neutral position and the master cylinders in place to set the position of the torque tube, the brake pedals are clamped in position (vertical to the work bench) and drilled into the torque tube. 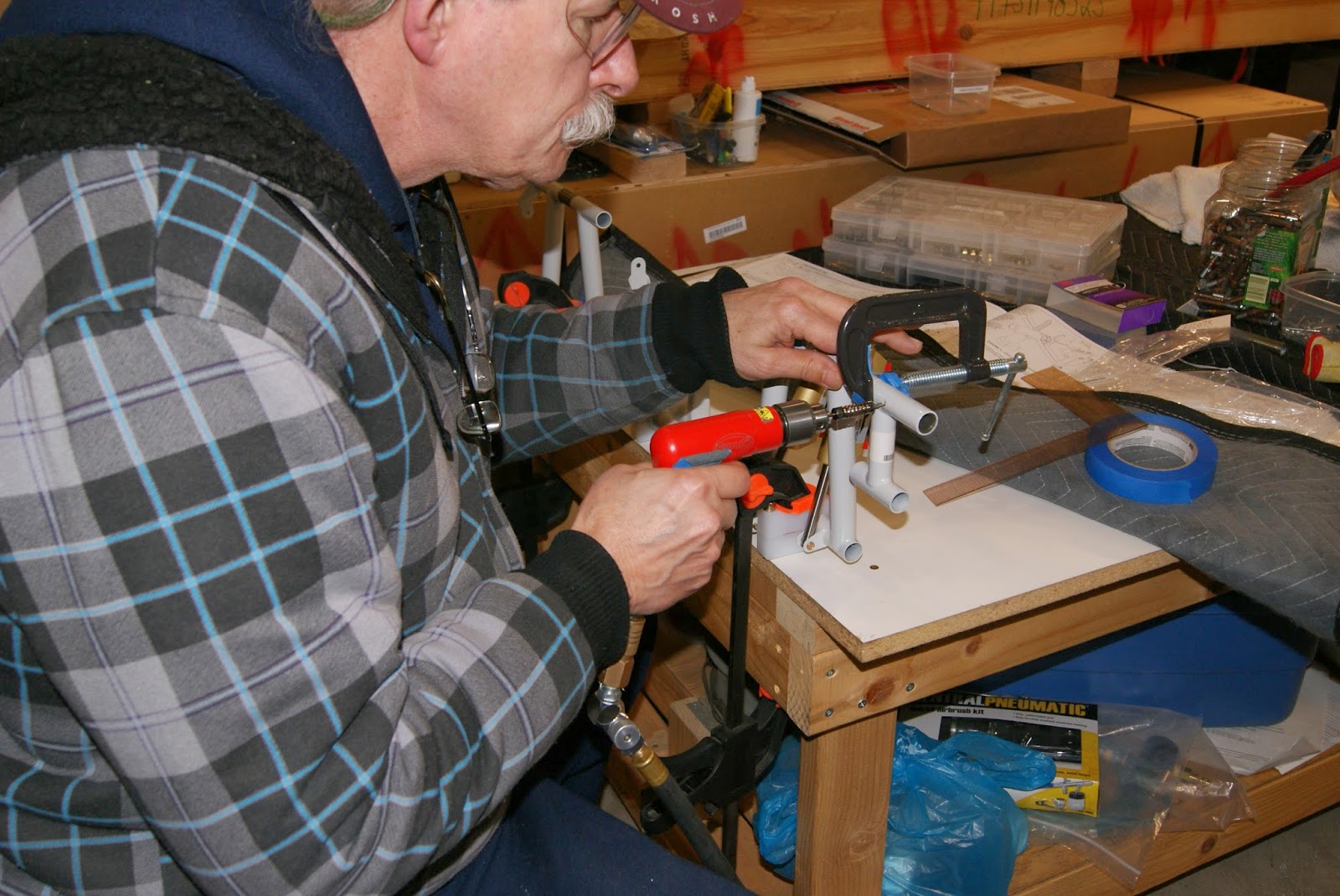 Today only got as far as match drilling #30 the first pair of brake pedals. Those holes still need to be enlarged to 1/4" but I ran out of time. This was a good place to stop for the evening so will continue the drilling tomorrow.
Posted by John at 8:43 PM