Only had time for an abbreviated  work session today and began to disassemble the roll bar assembly so the splicing plates could be riveted in place. However, as I was removing Clecos from the roll bar assembly, it dawned on me the cockpit light instillation requires a #12 hole drilled into the bottom of the roll bar assembly for the wires to the cockpit light. This is easy to miss because the optional lighting kit instillation procedure is in section 40. It would not be that big of a deal if the hole were drilled later, but this is the ideal time to drill the hole if installing the lighting kit because the parts can easily be deburred before the riveting begins. 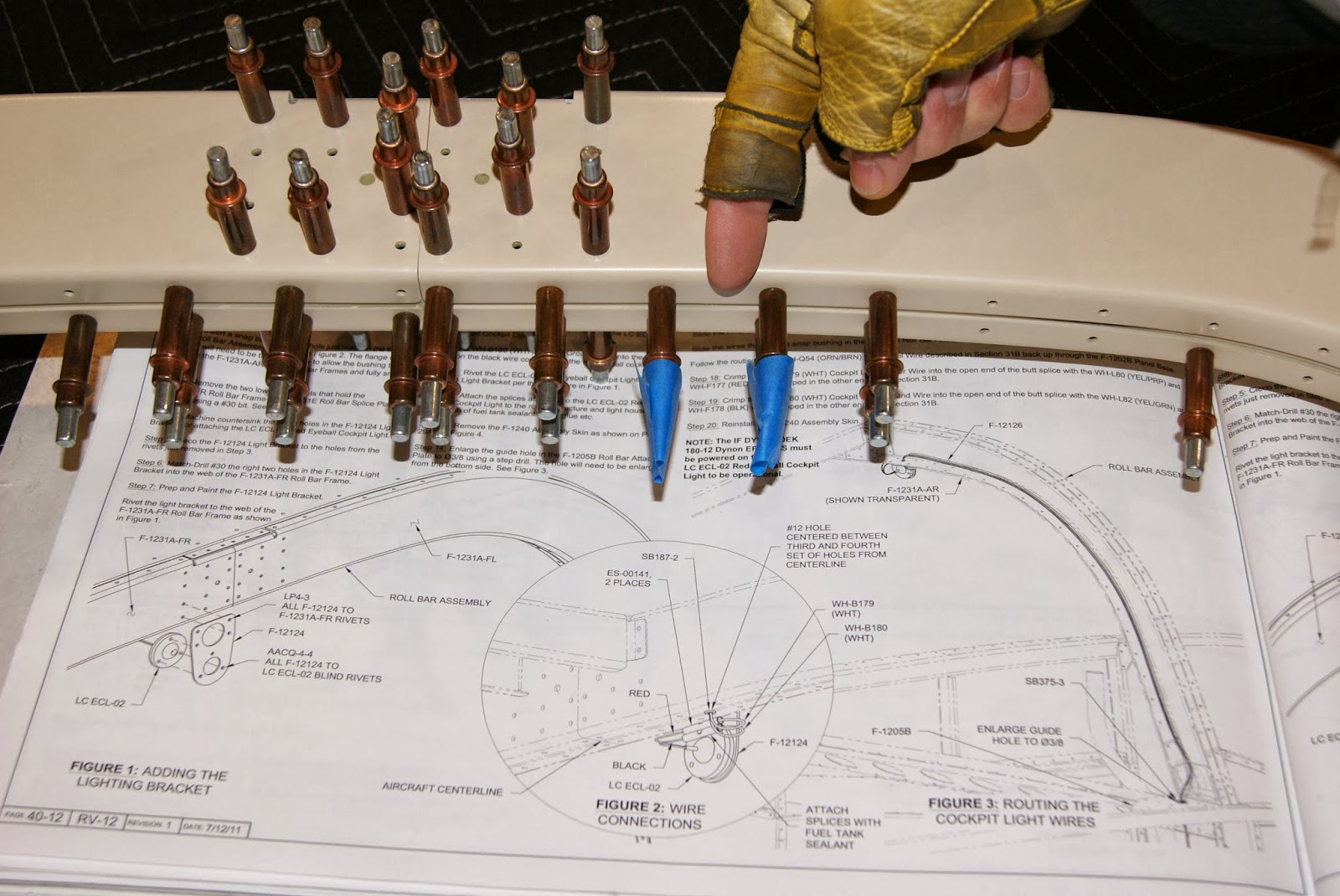 Finger pointing to the location for placing the #12 hole for the optional cockpit light. It is to be centered between the Clecos with the blue tape.

The drill location is on the inner portion of the roll bar to the right of centerline between the third and fourth rivet holes. The location was center-punched and a small pilot hole was drilled and stepped up to the final size of #12. 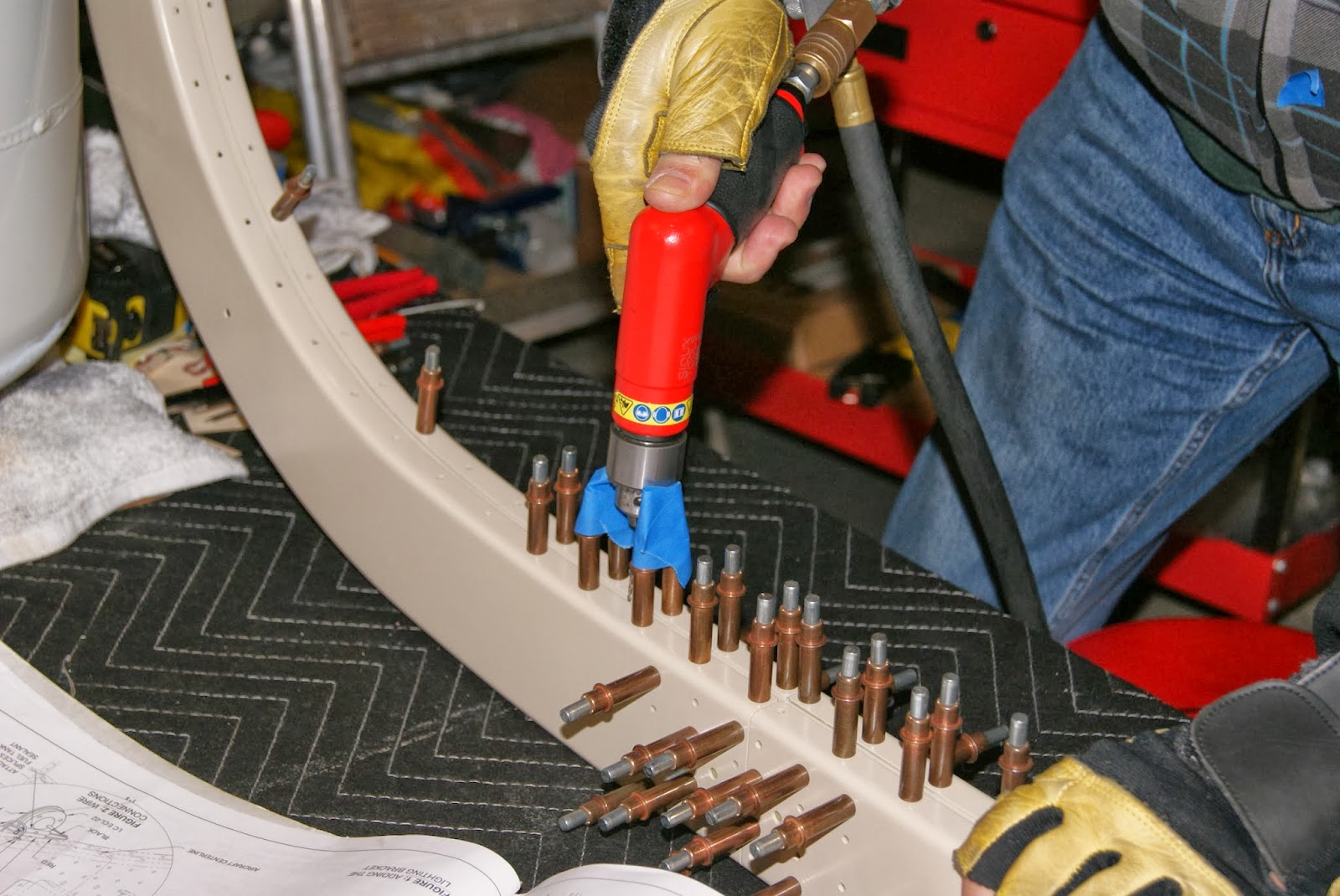 Drilling a small lead hole in the roll bar assembly centered between the third and fourth rivet holes right of the roll bar’s center line. 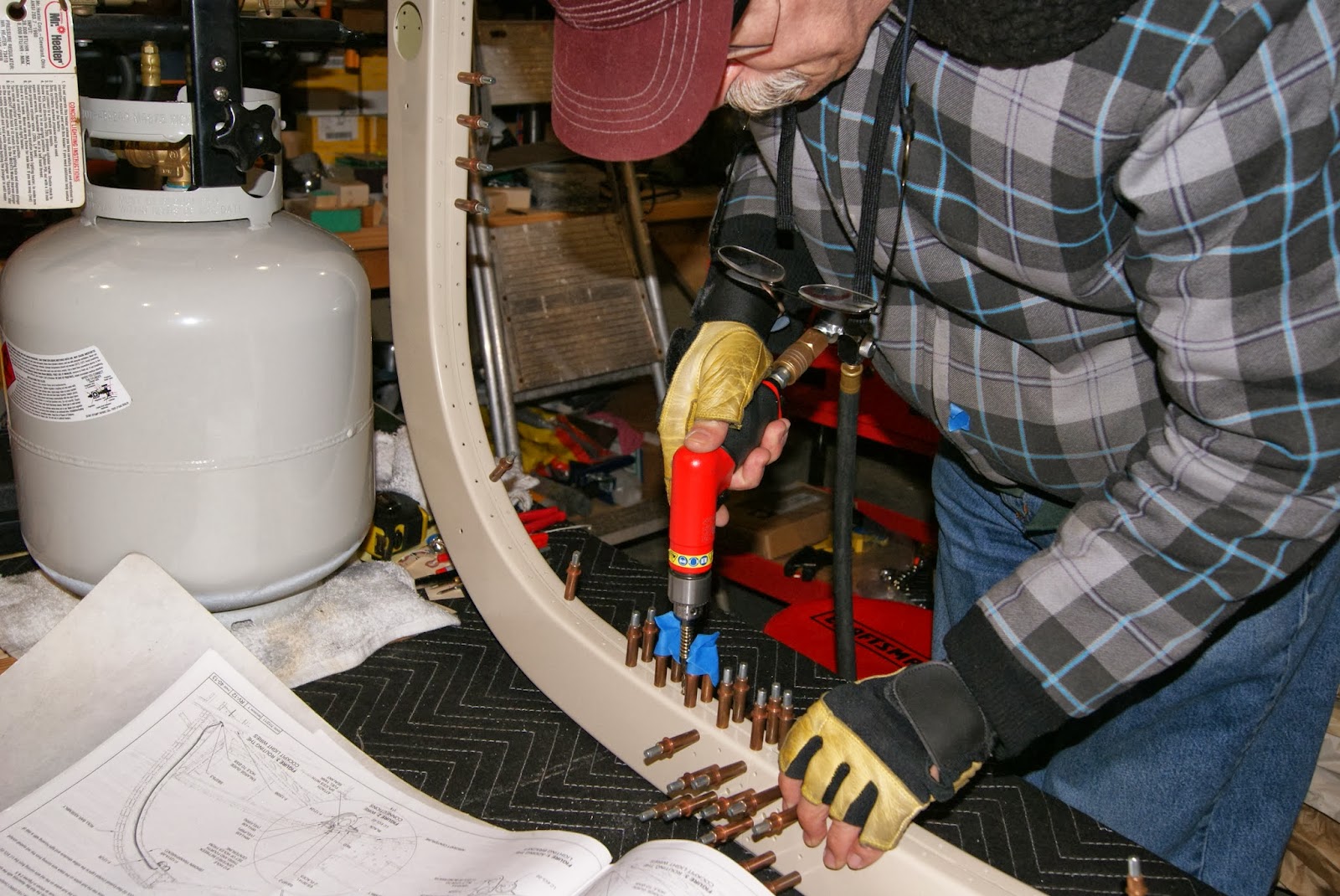 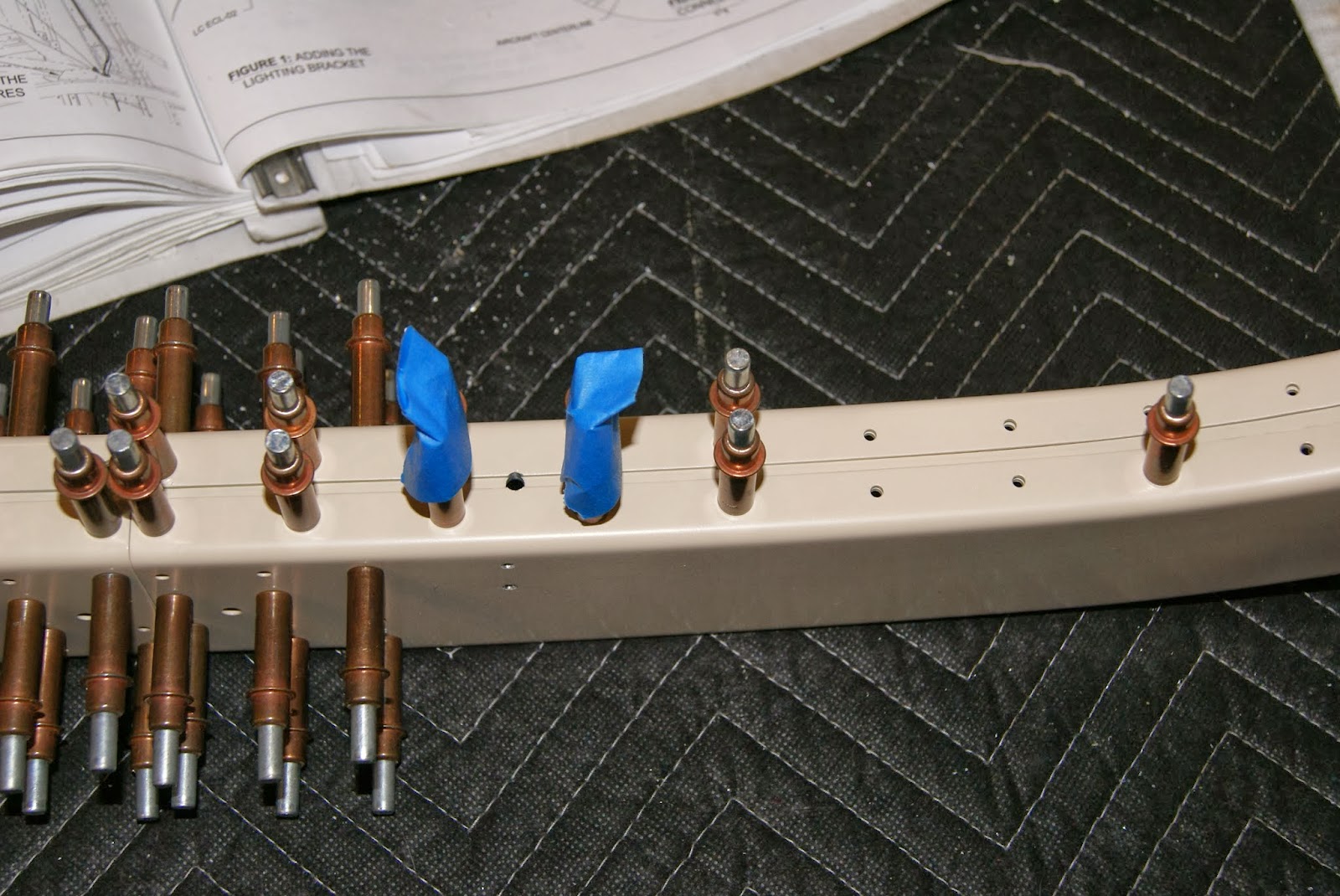 Finished #12 hole drilled into the roll bar for the cockpit light - eventually the hole will receive a small grommet.

Never did get to riveting the roll bar assembly today … something for tomorrow.