The RV-12's Roll Bar Is Completed

The roll bar assembly was completed today after first match drilling into the F-1231D roll bar bases. After the 12 holes in each of the F-1231D roll bar bases were matched drilled, the holes were deburred. Deburring was a little challenging because there is not a lot of room by way of reaching in through the access hole at the base of the roll bar. At first I tried to hold the deburring bit and spin it with my fingers … but there just was not enough room to do that effectively. I had another idea which ultimately worked OK … I used a piece of vinyl tubing to hold the deburring bit and spun the tubing with my fingers, which in turn spun the deburring bit. After the holes were successfully deburred, the roll bar base was riveted and the mounting bolts brought up to final torque. 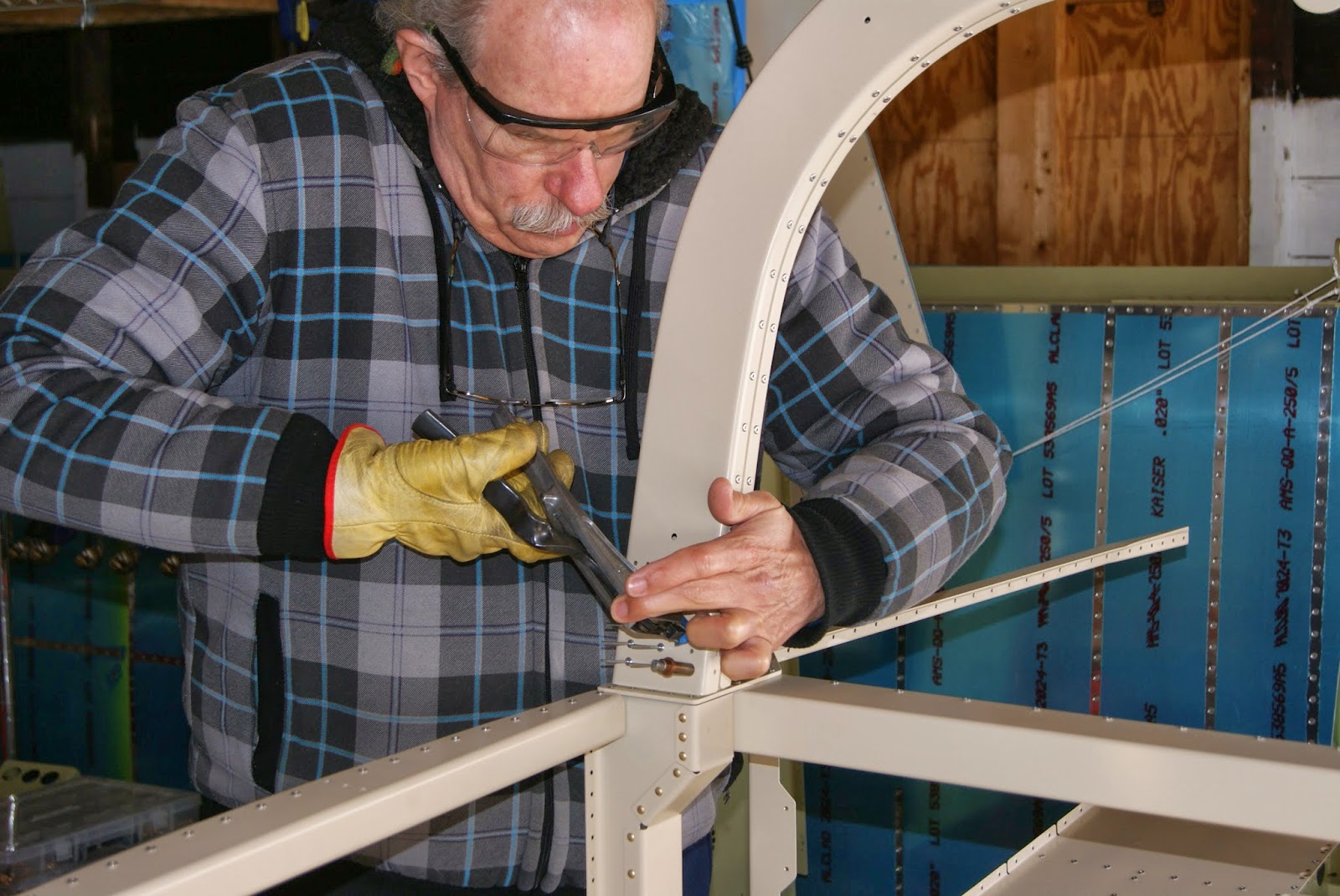 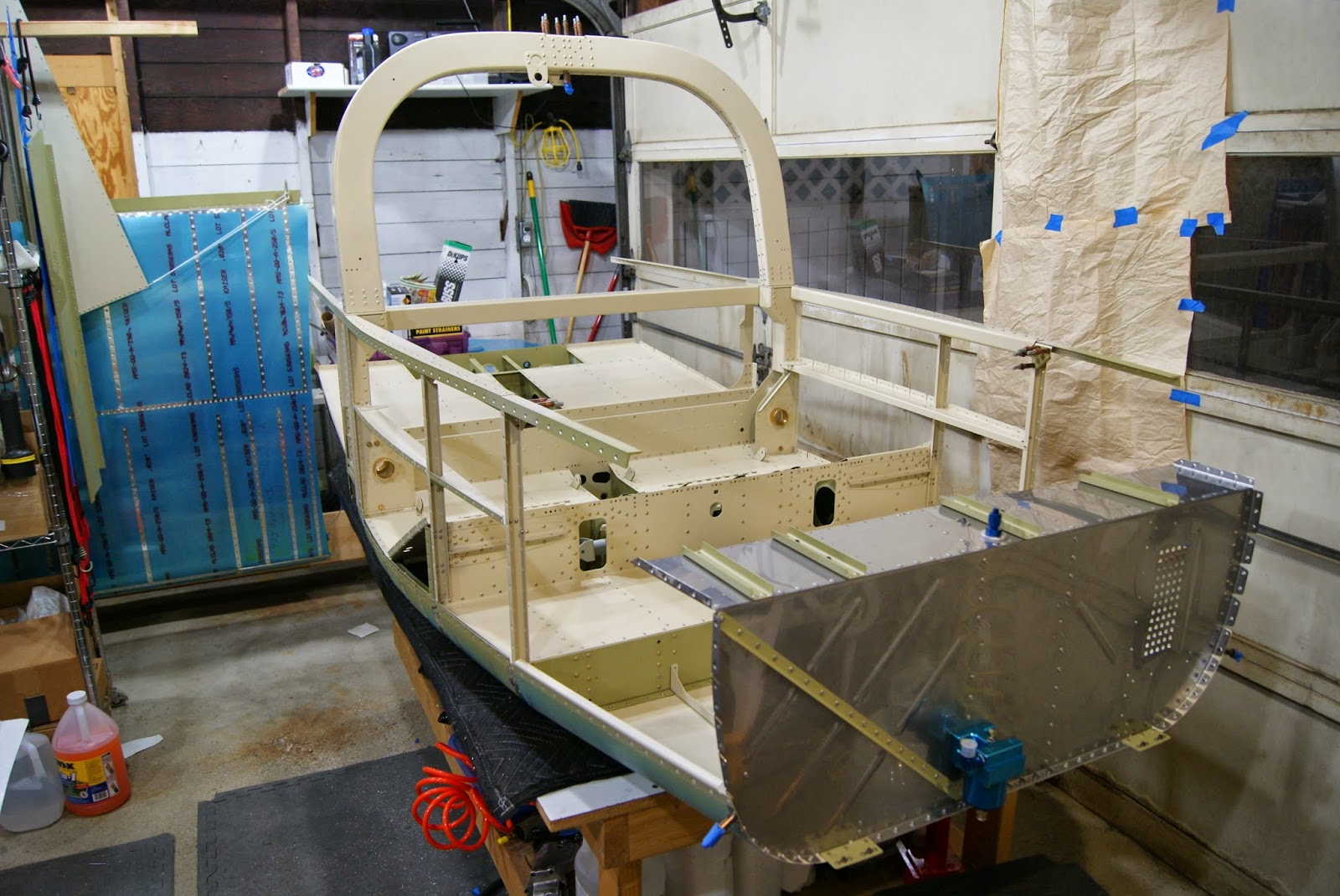 Completed roll bar assembly is now a part of the fuselage.

Have to say, the roll bar is solid … if you move it a very small amount in either direction, you are also moving the entire fuselage structure by the same amount.

More forward progress would have been made today but this afternoon Mike noticed the fuel valve was not square … the whole assembly was leaning slightly. Apparently while torquing the fuel lines it got flexed a little. With Mike’s help we loosened three fittings and carefully torqued the lines again taking care not to let the fuel valve flex. It took a couple of tries to make it perfect.

This drives home an important point though … the more eyes you have looking over your build, the better.
Posted by John at 8:22 PM