Braving plummeting temperatures as a subzero Artic freeze grips the DOG Aviation production facility, a small amount of time was spent in the shop this afternoon until cold hands got the best of me. Work continued putting the finishing touches on the forward return fuel line. The fuel line was pulled out of the inspection port and enough excess line was cut so the fuel line could be placed alongside the center channel AN fuel fitting for final marking without interfering with the center channel. 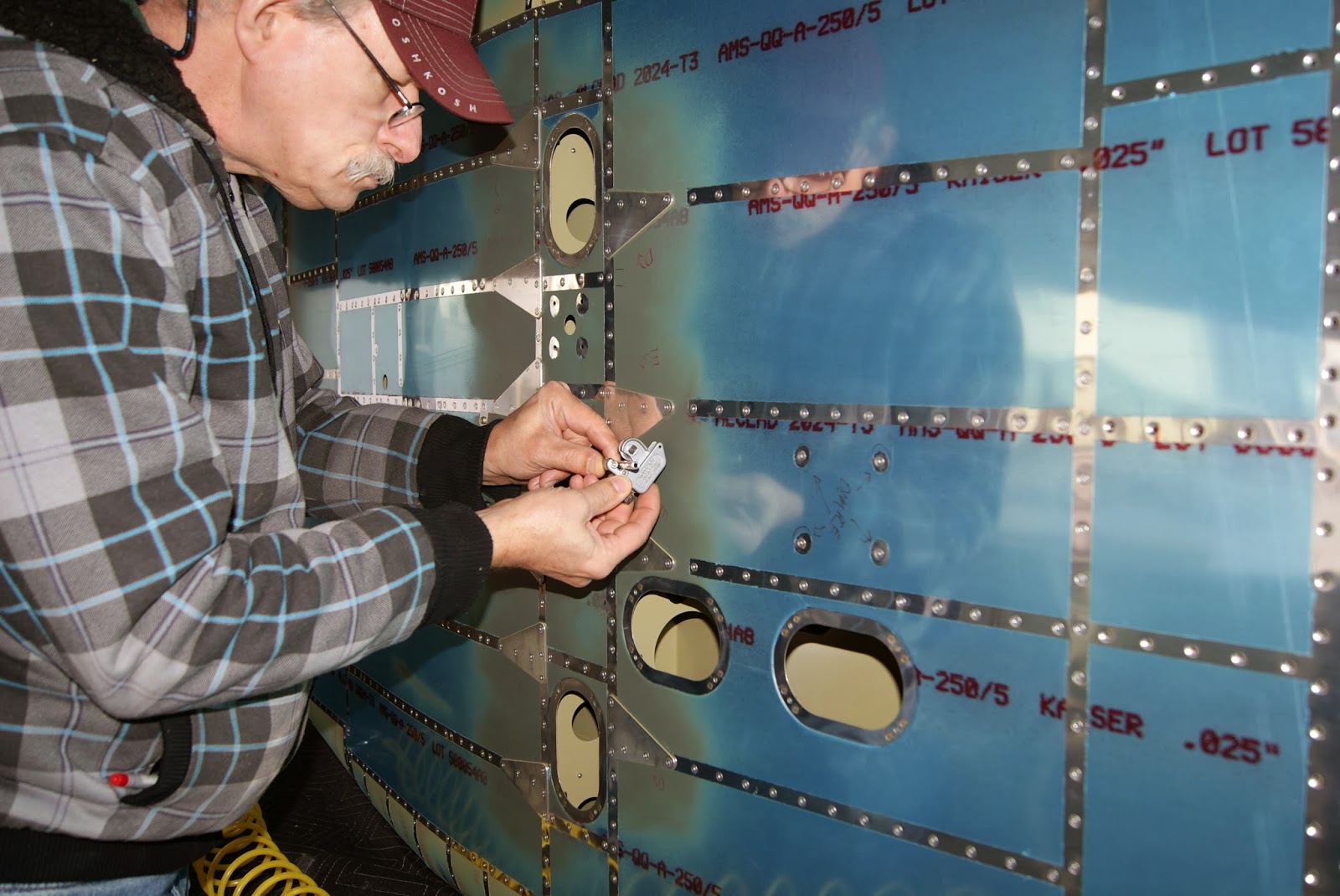 Trimming excess fuel line so the line can be placed alongside the center channel’s AN fuel fitting and marked for a final cutting.

The fitting at the firewall was temporally connected and the return fuel line placed in its final position in the cushion clamp on the firewall so a precision measurement could be made at the center channel’s AN fuel fitting. 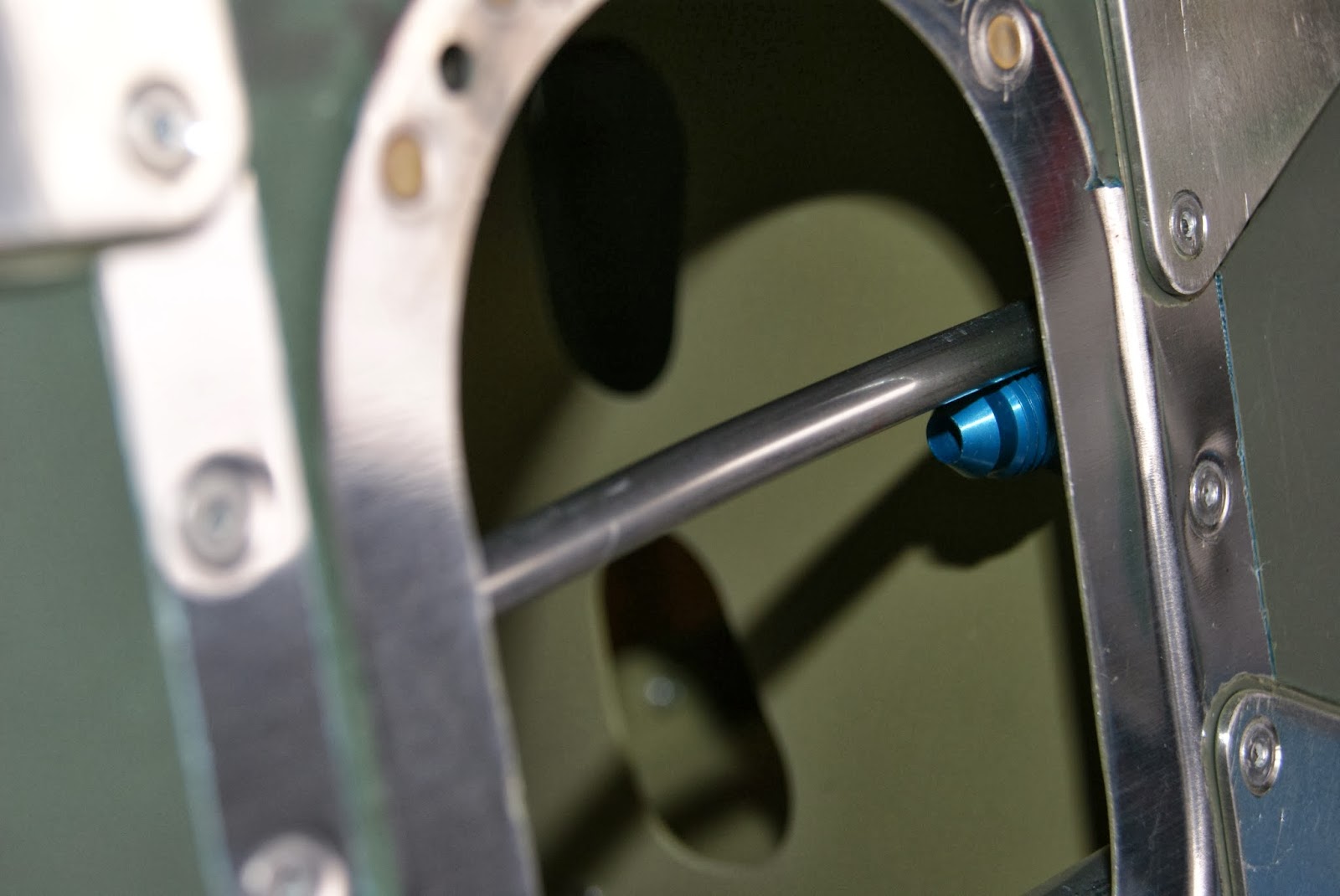 The forward return fuel line in position at the center channel’s AN fuel fitting and ready to be marked for final cutting.

After marking the location of the final cut, the fuel line was pulled back out of the inspection port and cut to the final length, the nut and sleeve slid in place, and the end was flared with the flaring tool. 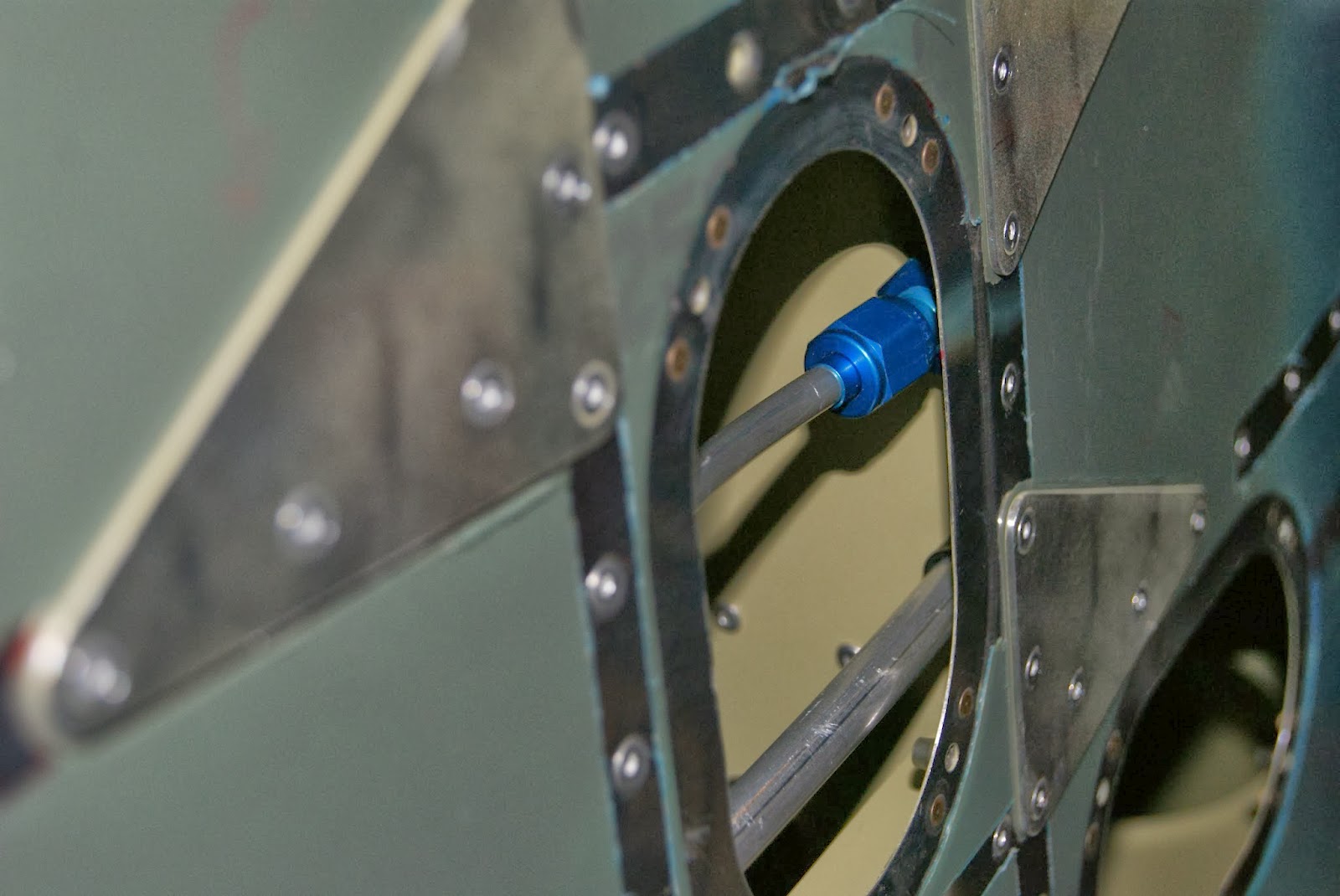 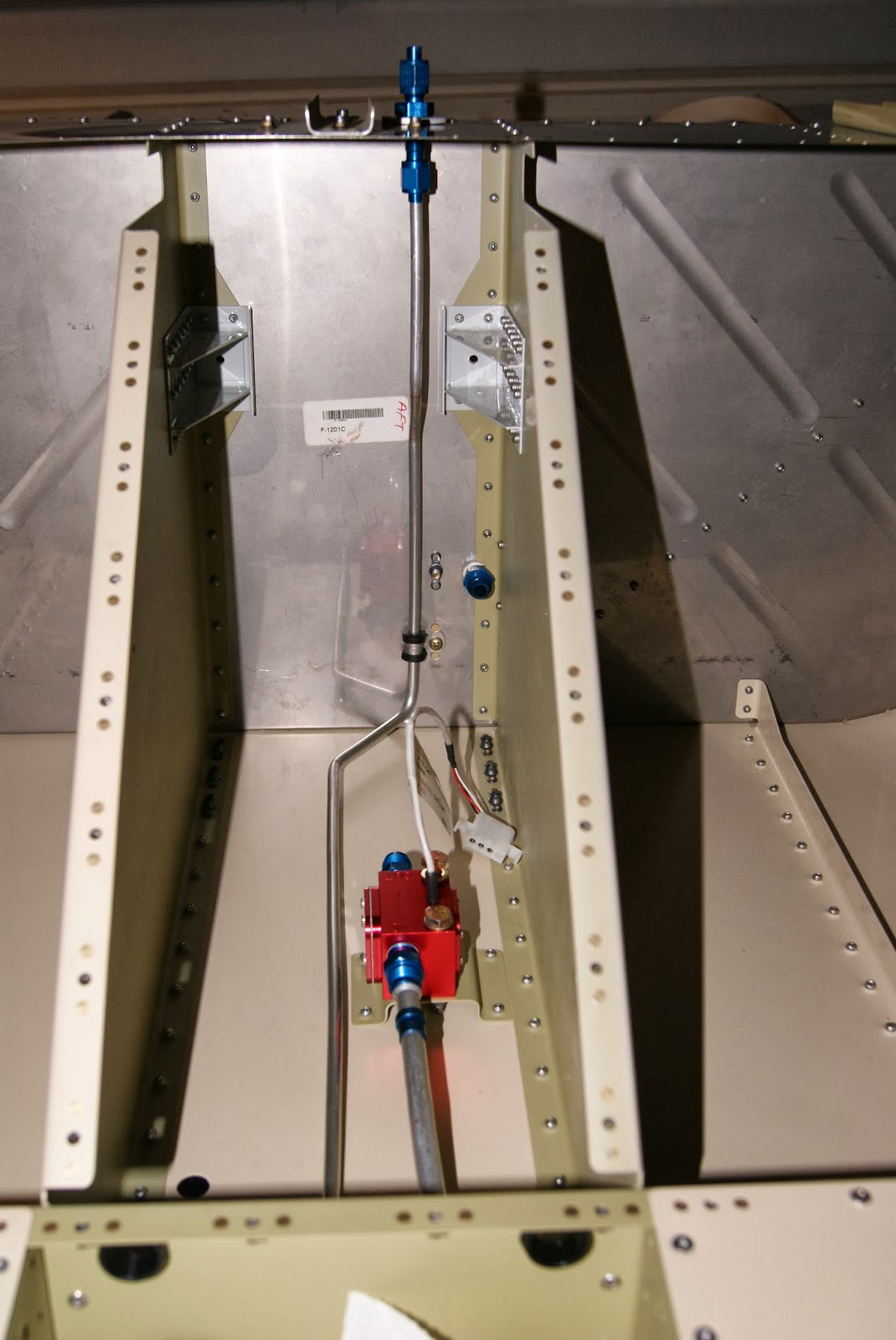 The finished fabrication of the forward return fuel line marks the end of construction in section 28 of the RV-12’s plans. During the next work session, the plan is to blow out all the fuel lines, assemble the fuel lines and final torque the fittings. The AN-818 nuts on the aluminum tubing should have torques in the range of 50-65 inch pounds for the 1/4" fittings and 110-130 inch pounds for the 3/8" fittings.
Posted by John at 8:38 PM