Ready to Match Drill The Longerons

Having finished up the riveting of both F-1248-L&R armrests into position, the aft end of each armrest receives a little plate … the F-1248B fuselage pin latch. The large hole at the end of the plate will receive the spring loaded locking pin which is on the handle of the spar pins. The hole on the inboard end of F-1248B fuselage pin latch locks the wing' spar pins in place, preventing them from backing out from the spars on their own. Later a reed switch will also be incorporated to verify the spar pins are locked in position … if they are not, the engine will not start. 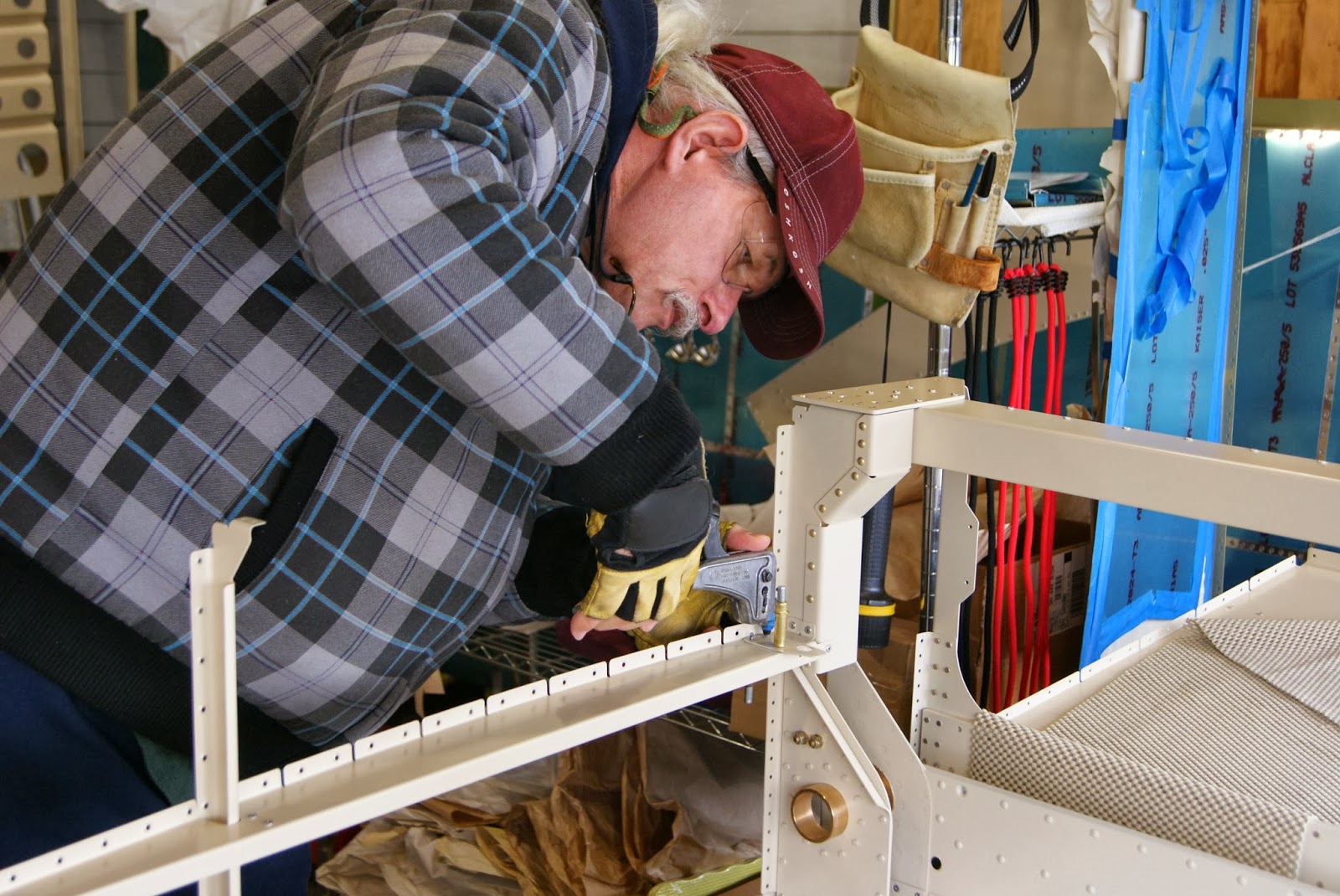 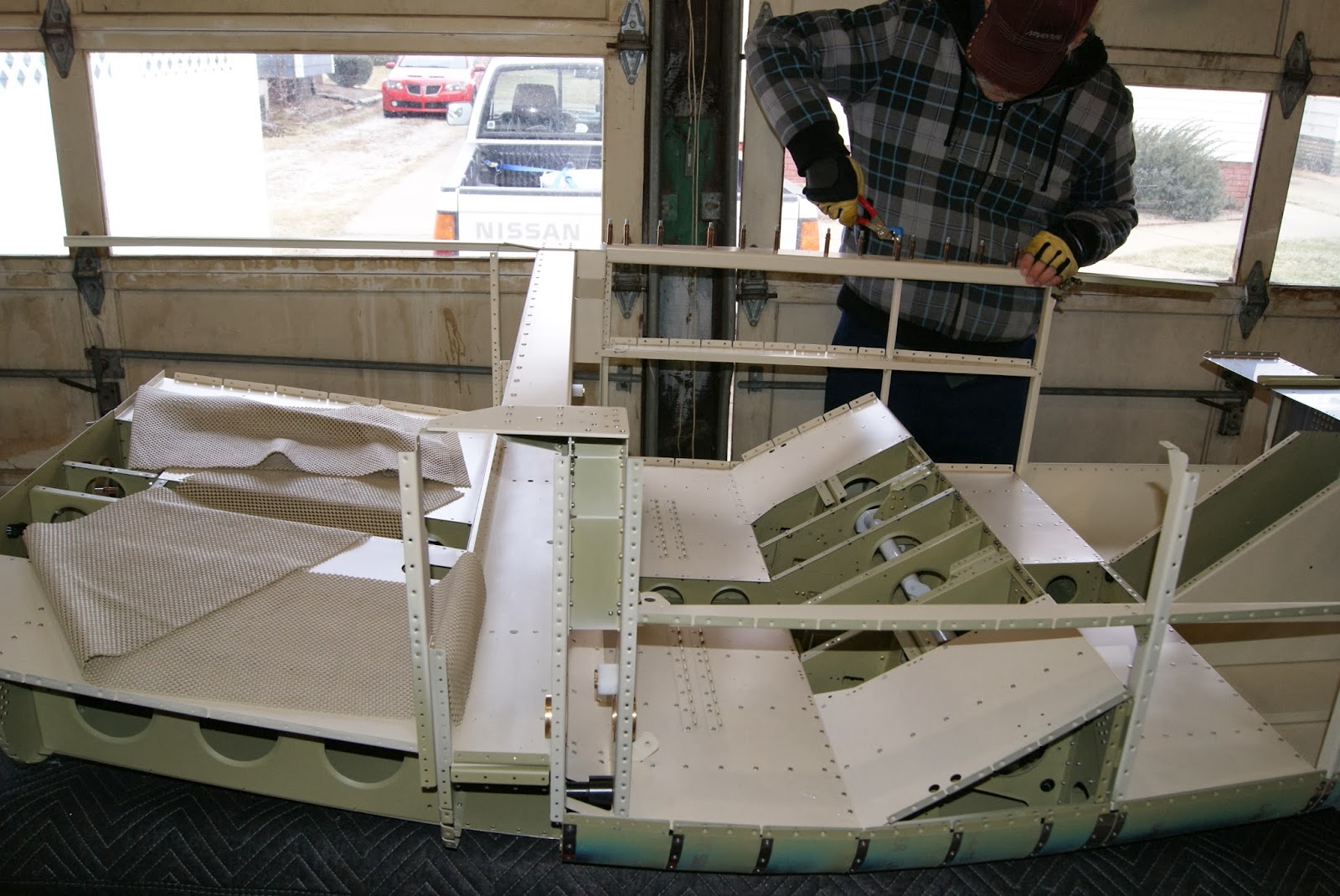 Securing the left longeron and canopy deck assembly into position with Clecos. 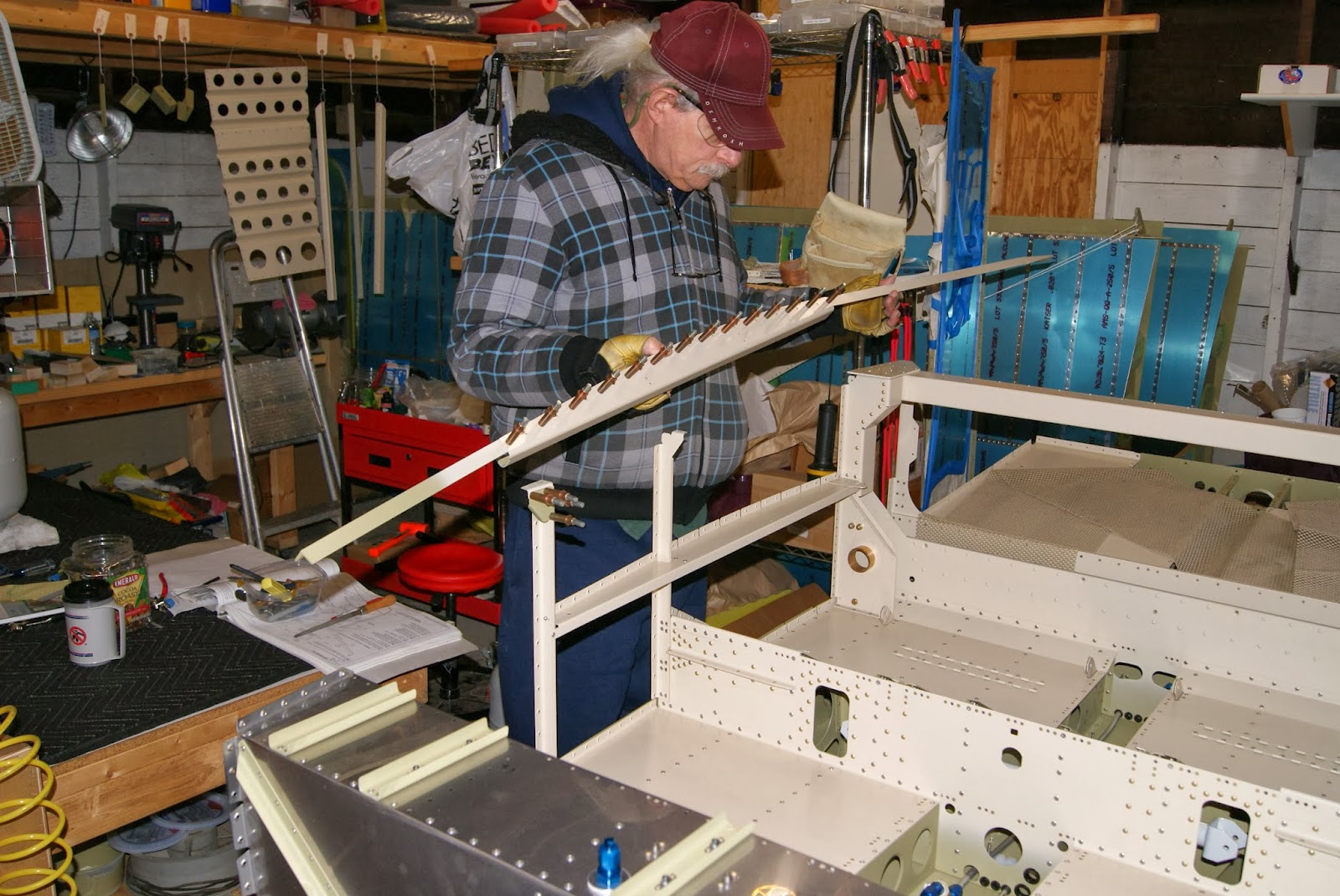 Placing the right longeron and canopy deck assembly in position.

After placing both longerons into position, the forward ends of the longerons were compared to one another. When the longerons were initially formed last Fall using the larger vice available at Bernie’s house, by the time we got done forming both longerons, it was getting late. There was a small correction that needed to be made forward of the canopy deck on the right longeron because some of the required twist came out during the process of opening the angle … (I over did it a little). At the time, figured that could be solved later back at the shop … so before placing the fuselage side skins on for match drilling, decided to tweak the twist on the forward end of the longeron. The upper firewall was temporarily held in place so a good visualization could be obtained on the amount of twist required and the end of the longeron was twisted accordingly. It just needed a couple of degrees.

After tweaking the right longeron, the right fuselage skin was Clecoed in position. And the right longeron follows the edge of the right skin nicely. It tends to dip down a little at the forward end but very little finger pressure is required to flex the longeron into the proper position so think we are ready for match drilling the right side.  However, before doing so, want to install the left skin before any longeron drilling takes place.
Posted by John at 8:21 AM