Today was spent cleaning out the previously fabricated fuel lines, installing them and torquing the AN fuel fittings. Prior to final assembly, I wanted to make sure the inside of all the fuel lines were as clean as possible and free of dust, dirt and small flakes of aluminum possibly left over from cutting, filing and deburring. To clean the lines, a wire was slid inside the tubing and used to pull back a pipe cleaner that had been soaked in solvent. This was followed by blowing the lines out with compressed air. 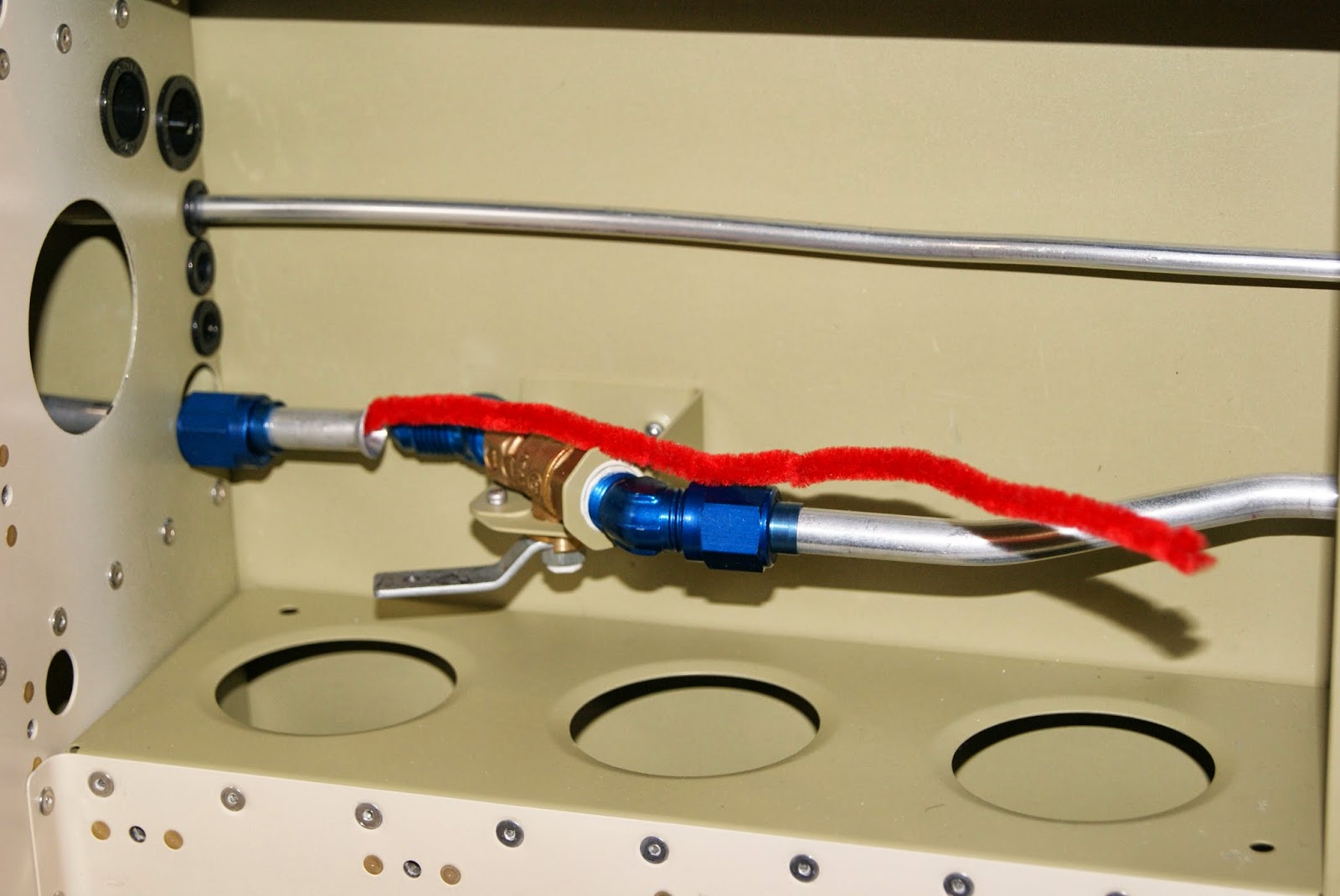 Using a pipe cleaner soaked in solvent to swab the inside of the fuel line before assembly.

A very thin coating of fuel lube was placed on the taper of all the AN fittings and the fuel lines were then set in place, tightened, then torqued to specs with a torque wrench outfitted with a crowfoot wrench. The 3/8" fuel fittings received 120 inch pounds of torque and the 1/4" fuel fittings received 58 inch pounds. Because a crowfoot extension was used on the end of the torque wrench, the actual torque settings were adjusted to compensate for the extra length the crowfoot adds to the overall length of the torque wrench as mentioned in a previous post. 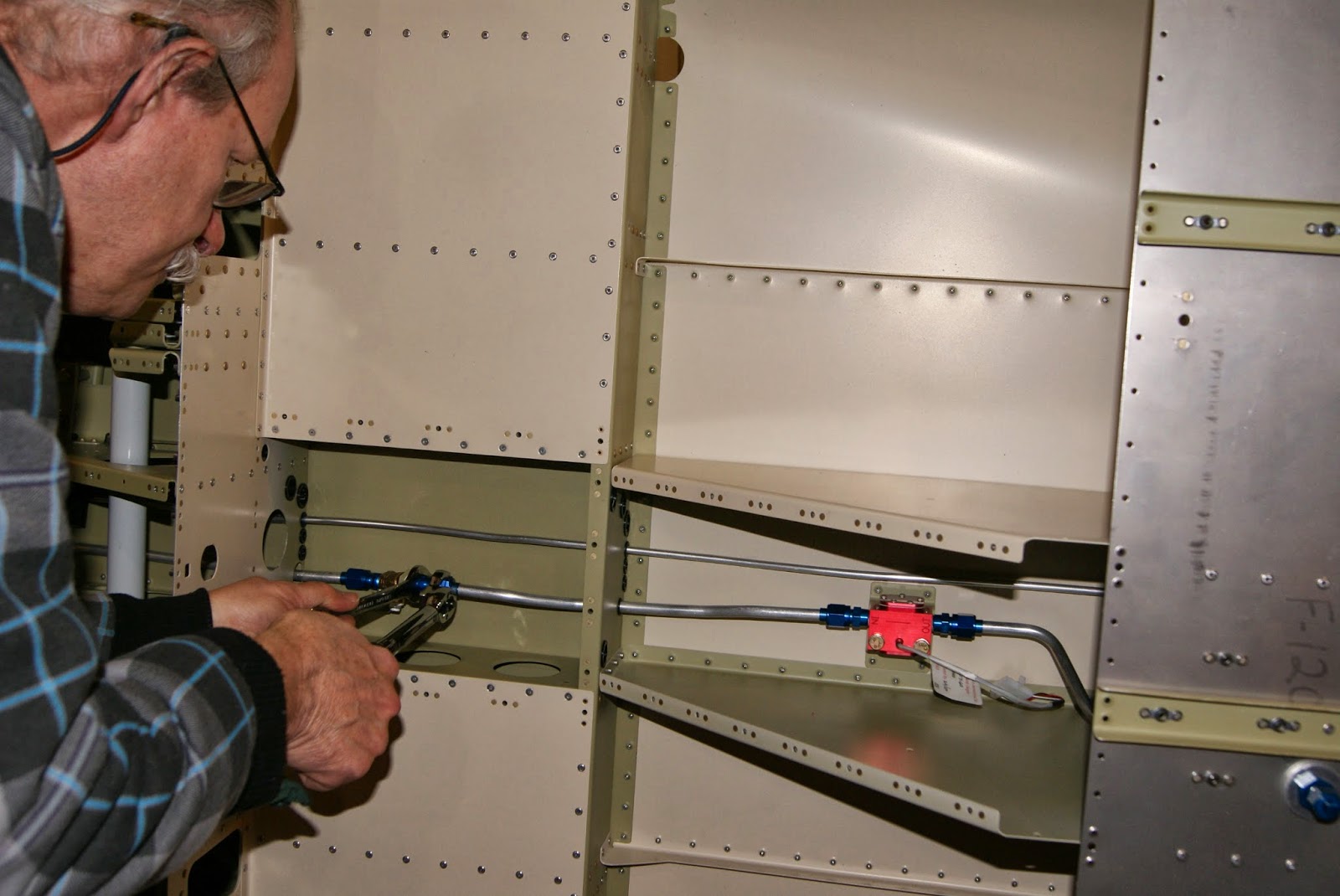 Using a torque wrench attached to a crowfoot wrench to tighten the AN fuel fittings at the fuel valve to proper torque specifications. 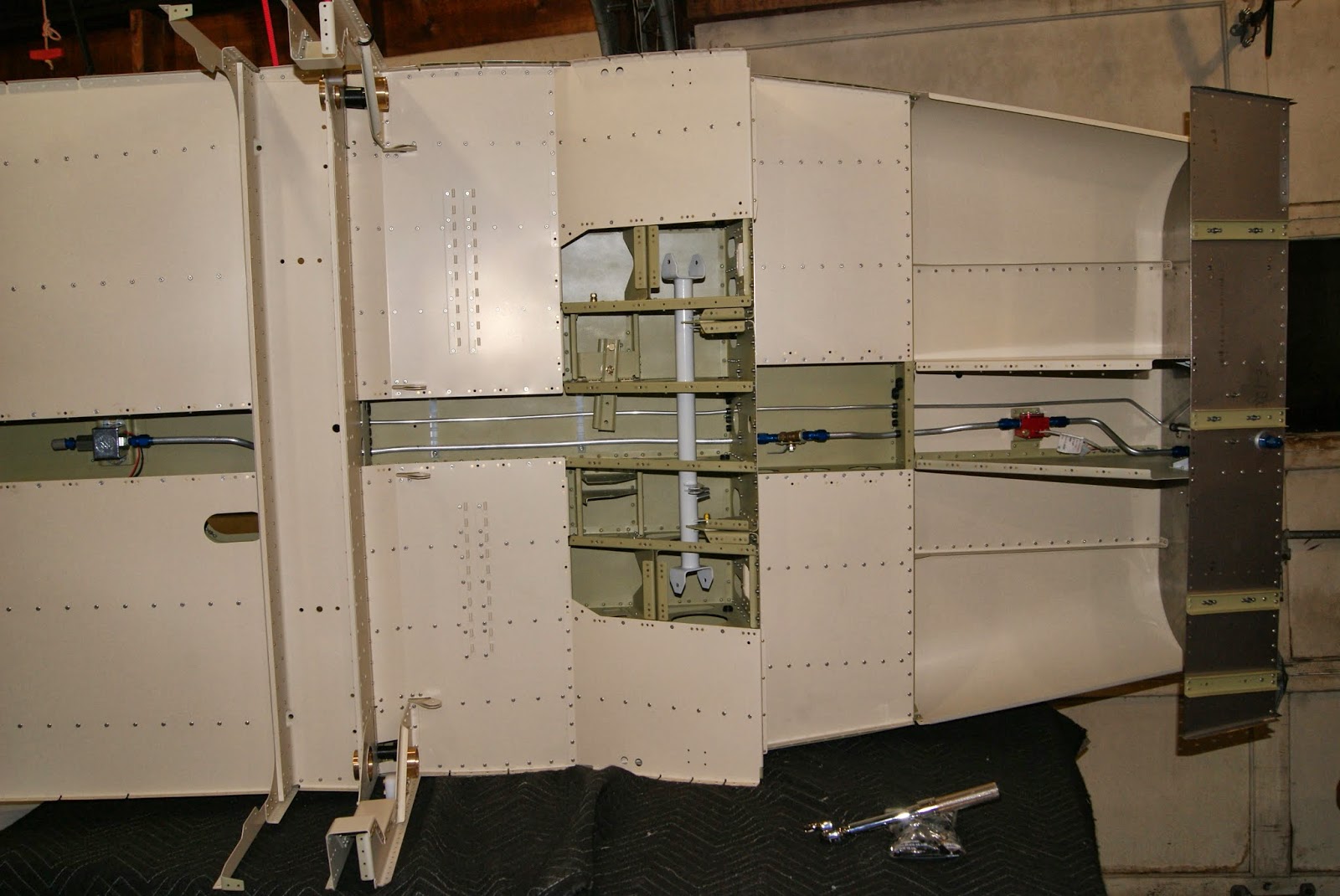 Completed fuel line routing through the fuselage minus the aft two fuel lines that attach onto the fuel tank.

The two fuel lines that connect onto the fuel tank were not attached at this point in time. Because the fuel tank is not built yet, the exact position of the fuel line modification being installed to create a fuel drain directly under the fuel tank is not known. The lines are constructed and ready to go but decided it best not to install them now because they would have to be uninstalled later to make the final flare where the fuel line will attach onto the T.  With section 28 now completed, it is time to resume assembling the RV-12’s fuselage.
Posted by John at 9:25 PM