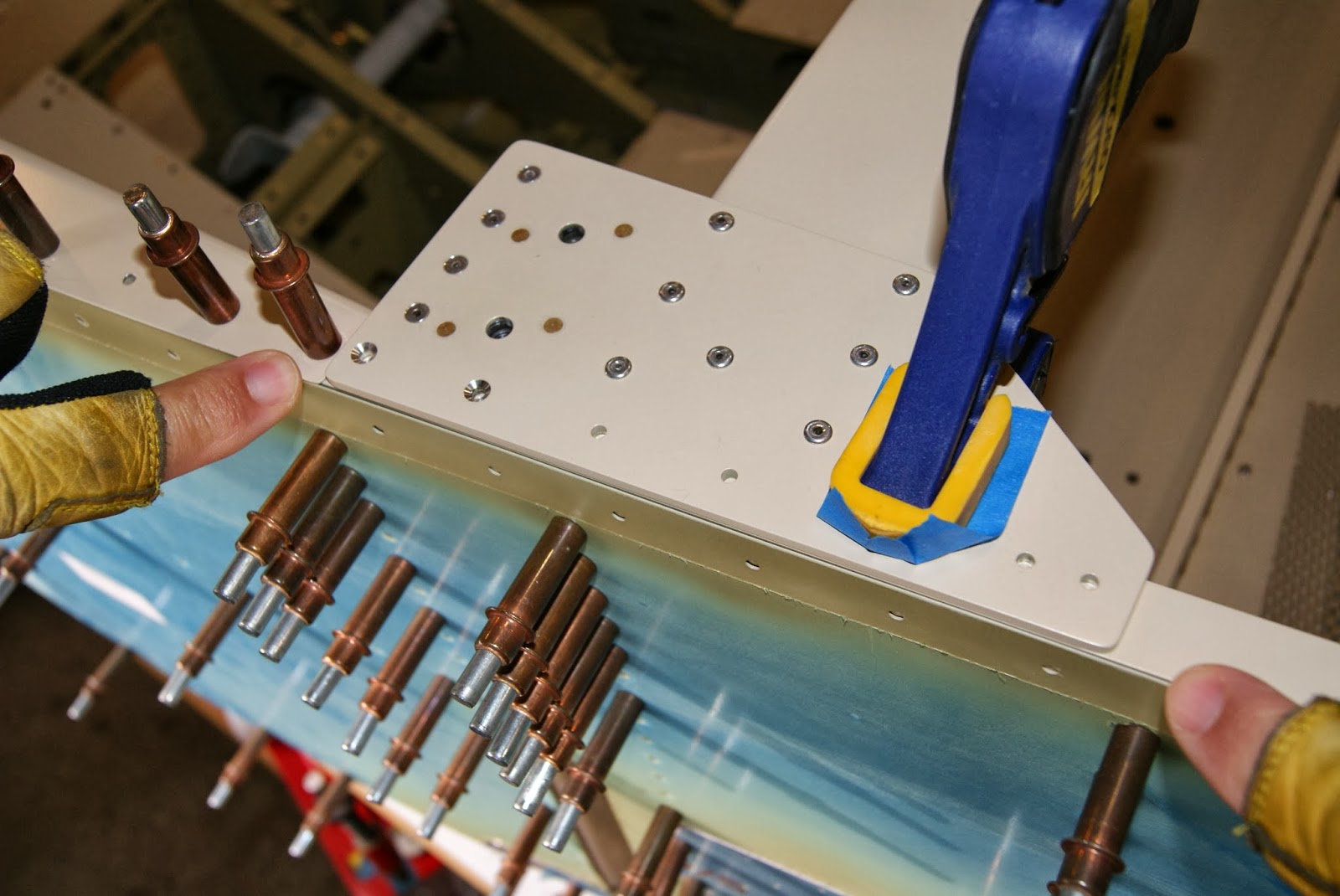 Prior to match drilling, the vertex of the longerons need to be made flush with the outer edge of the F-1205B roll bar attach plates. 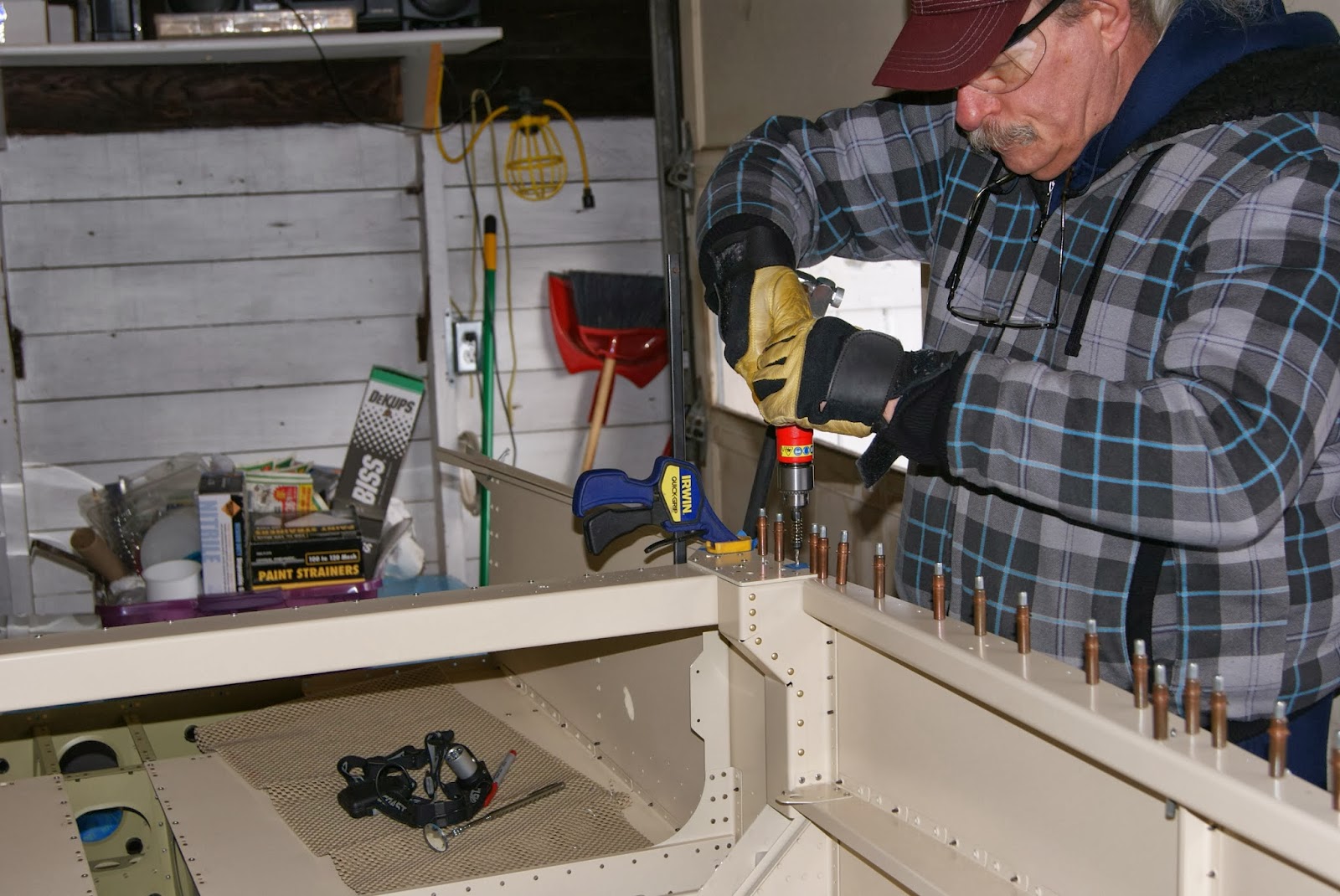 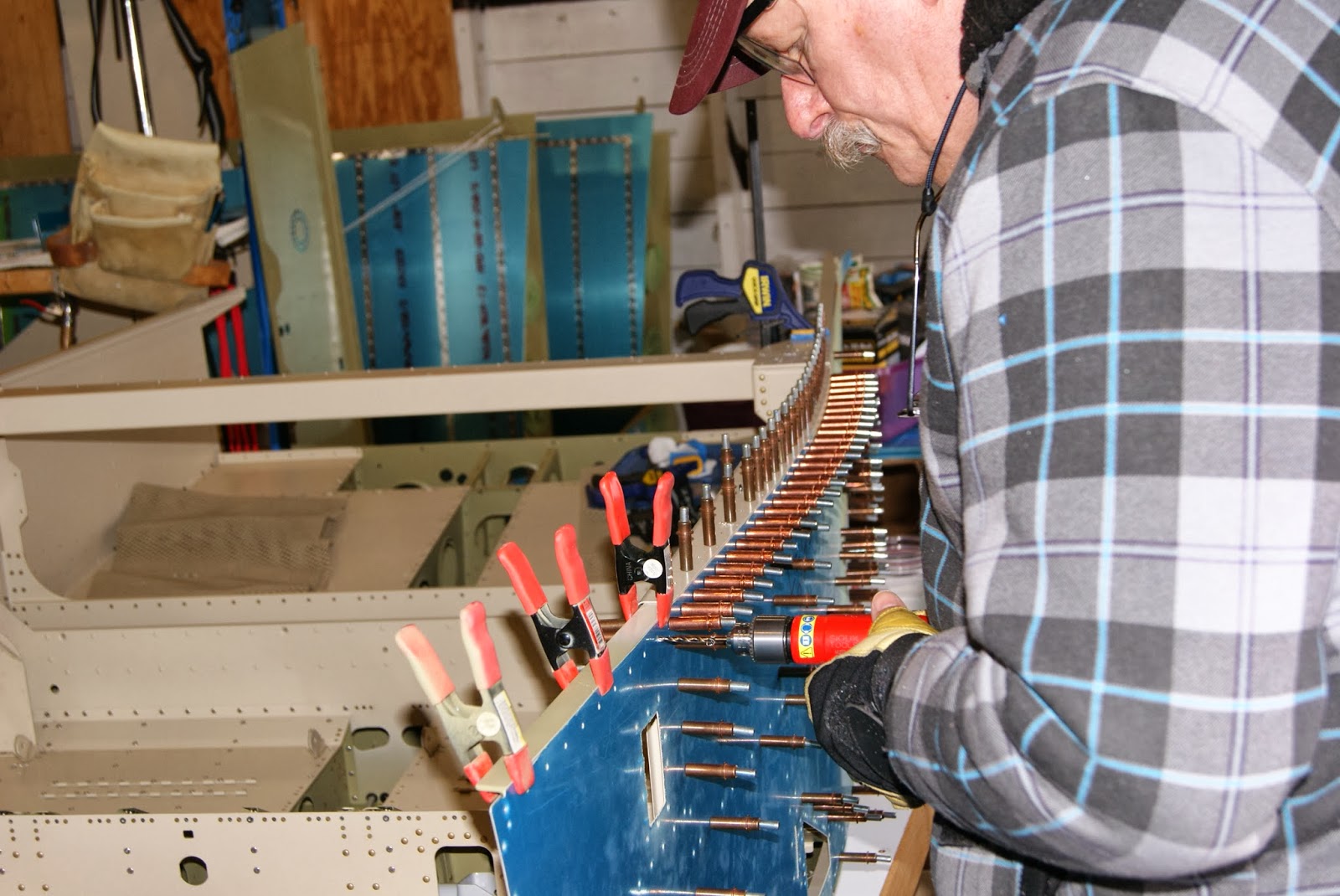 Using the upper row of rivet holes in the F-1270L fuselage side skin to match drill the F-1255L longeron.

Shortly after the above photo was taken the propane heater shut off and work was suspended to refill all the propane tanks. After running some errands and refilling the propane tanks, heat was restored in the shop and match drilling of the left longeron continued working aft from the roll bar attach plate. The aft portion of the F-1270 fuselage skins have a tab that is used as a template to match drill the aft most six holes in each longeron. This tab will be cut off in line with the aft vertical edge of the F-1270 fuselage skin. The tab is used as a temporary template for drilling holes in the aft most portion of the longeron. These holes will be used later when the tail cone assembly is mated onto the fuselage. 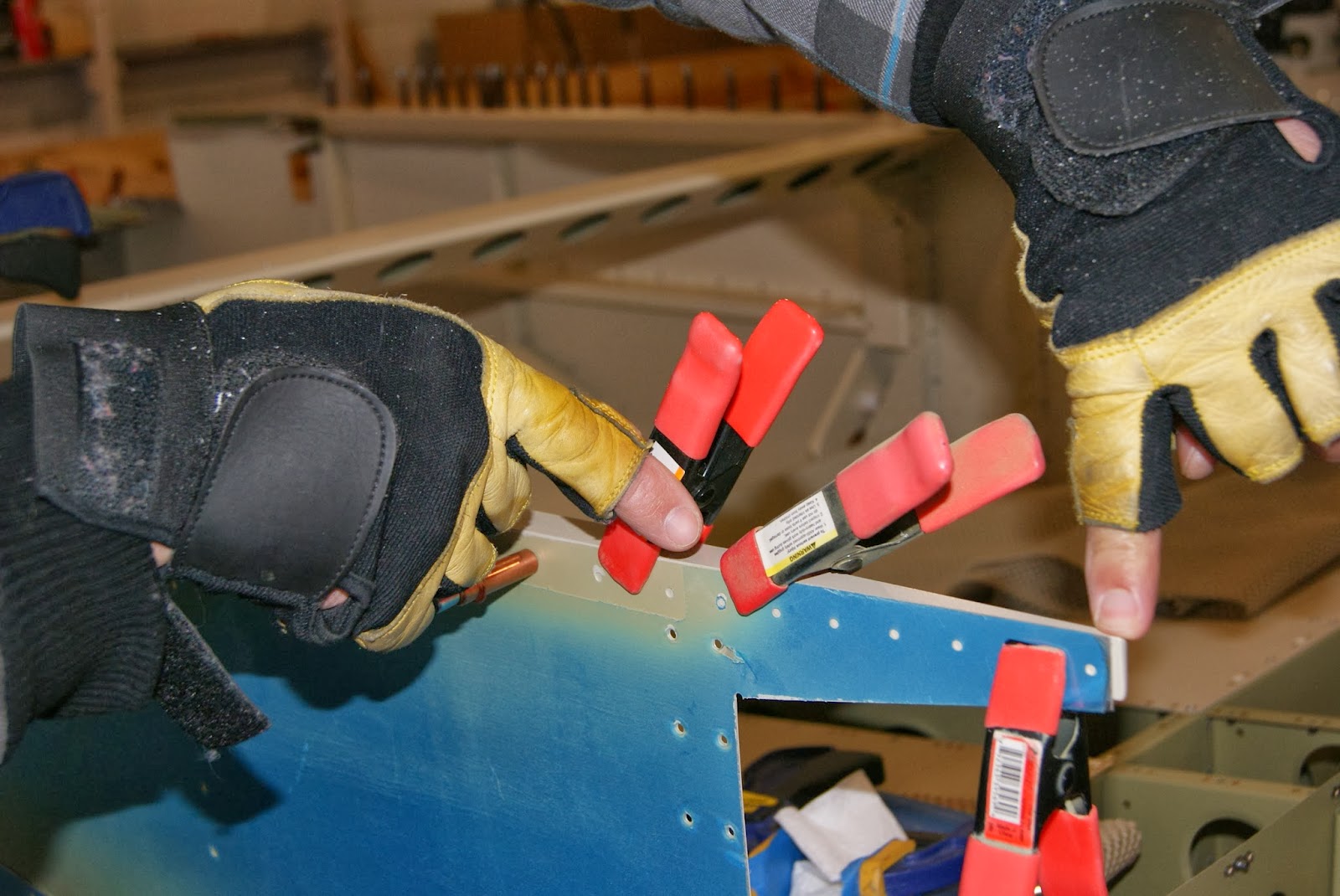 Aft tab on the F-1270 fuselage skins will be removed after match drilling of the longeron is completed. The tab between my fingers will be removed in line with the vertical edge seen under the center clamp.
Posted by John at 8:08 PM