Because of the flush rivets being utilized on the DOG Aviation RV-12 project, an additional step is required that is normally not necessary on the typical RV-12 … the recently drilled side skin holes in the longerons will require machine countersinking. Now that the F-1270 side skins have been removed decided it would be much easier to just machine countersink the longerons while they were on the fuselage. In an effort to eliminate shrapnel from the countersinking process getting all over the fuselage, a piece of Van’s packing paper was taped under the longeron to deflect the metal onto the shop floor and not inside the fuselage. Decided to start with the right longeron first so the shop would be warmer by the time I got around to starting the left longeron which requires needing to standing by the roll up doors which leak a tremendous amount of cold air. 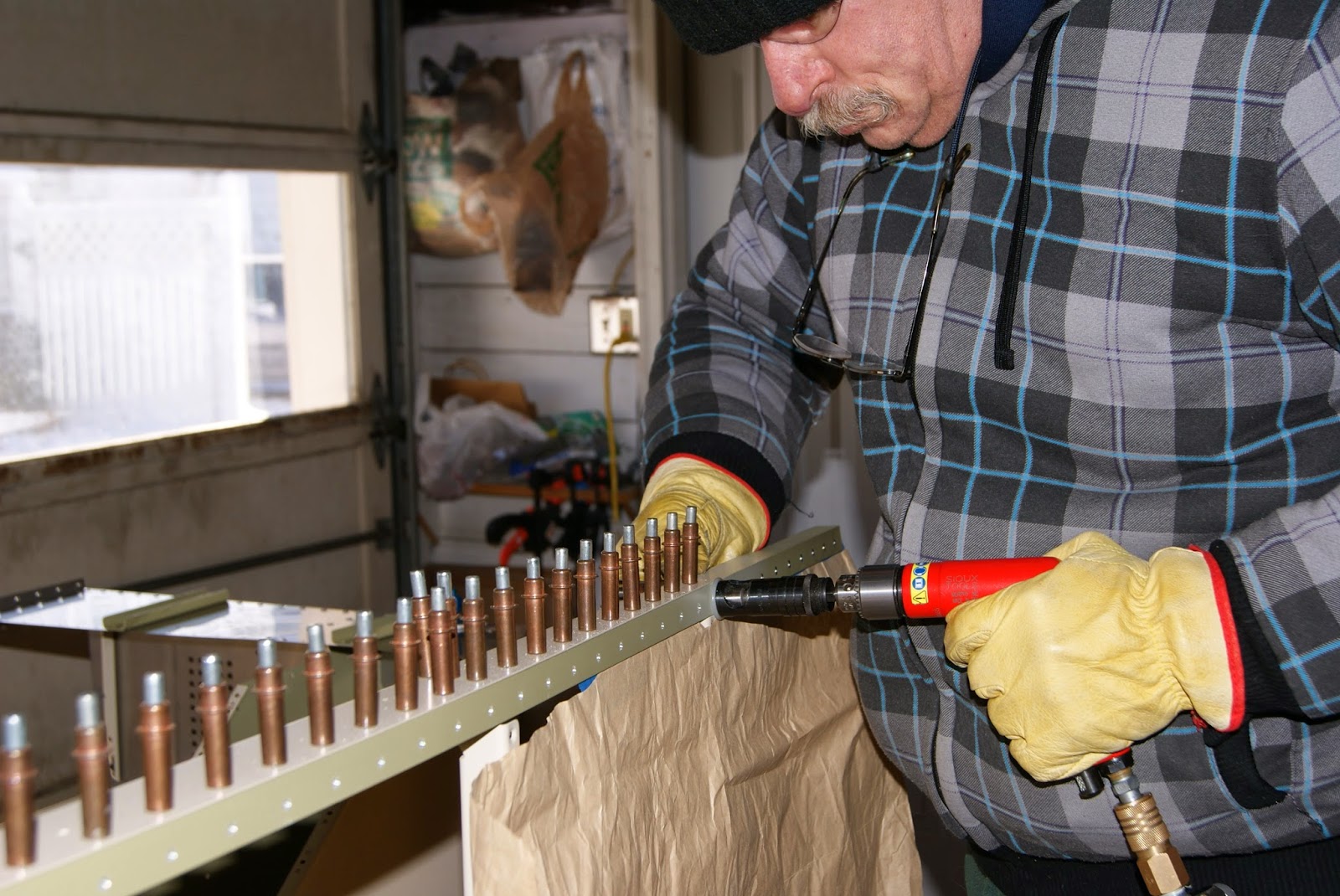 Beginning the machine countersinking of the right F-1255 longeron. Paper prevents metal flakes from getting in the fuselage. 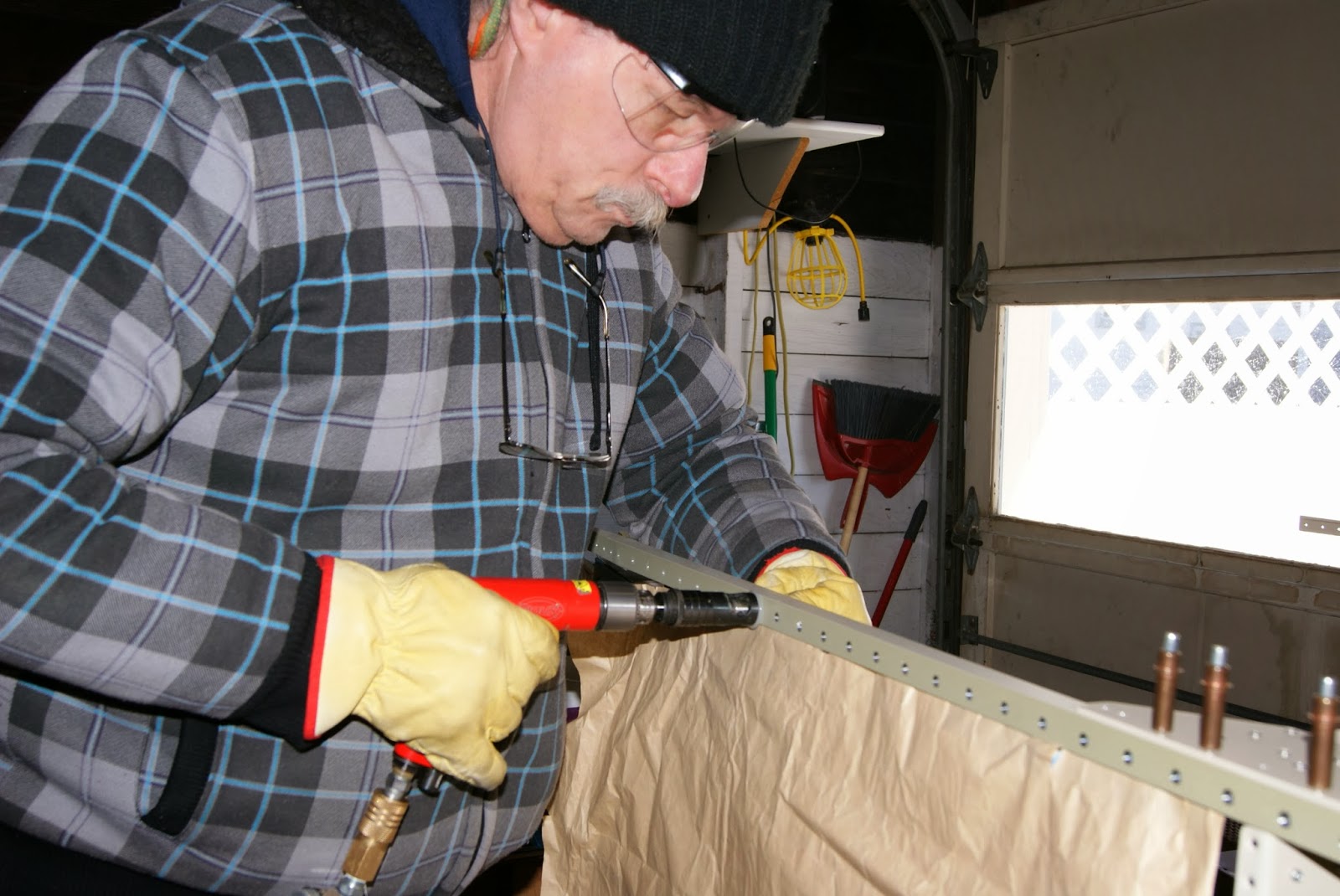 As with the right longeron, the shrapnel shield was used and the F-1234-L canopy base was removed so the countersink cage could sit flat on the left longeron. 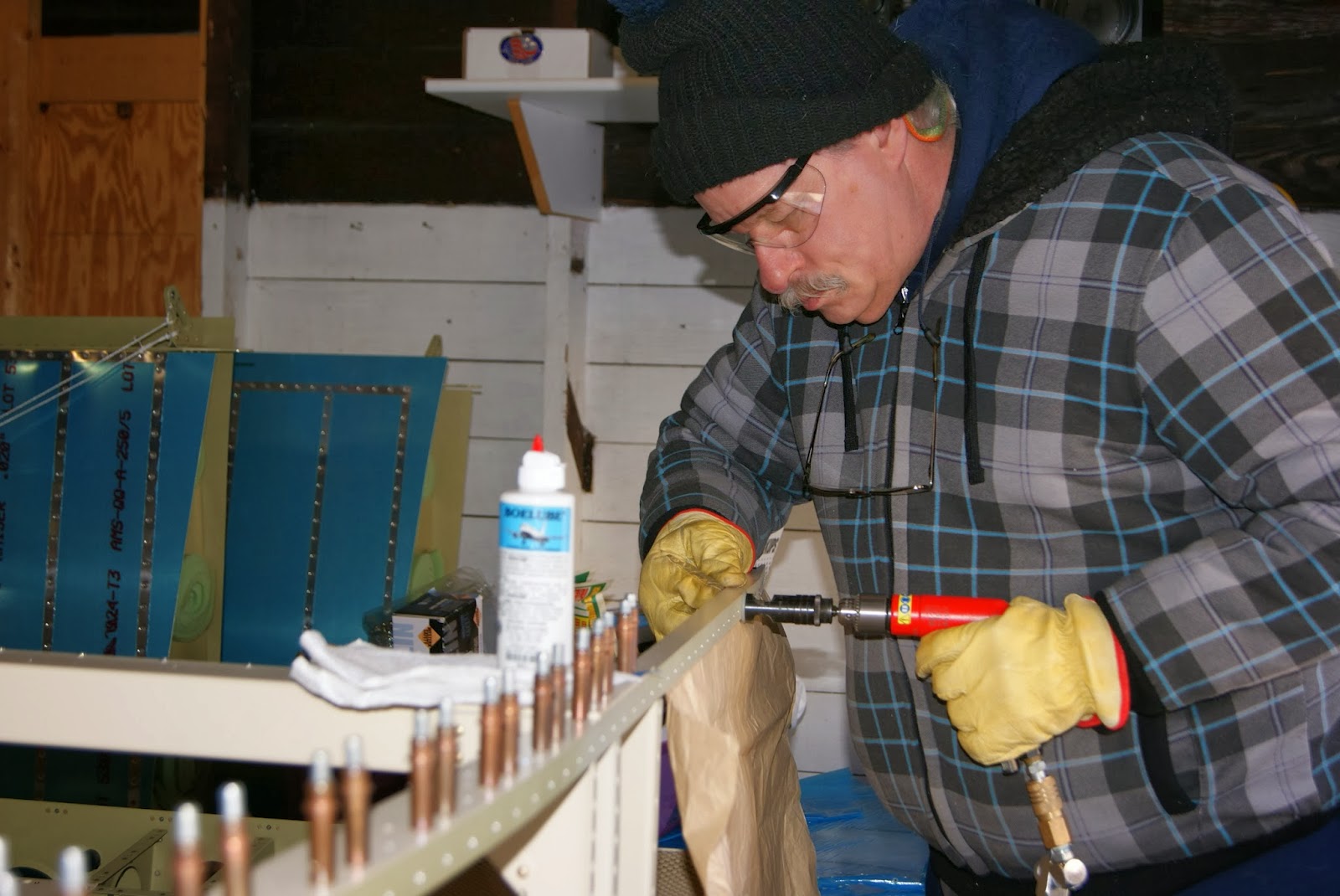 Beginning the machine countersinking of the F-1255-L longeron. 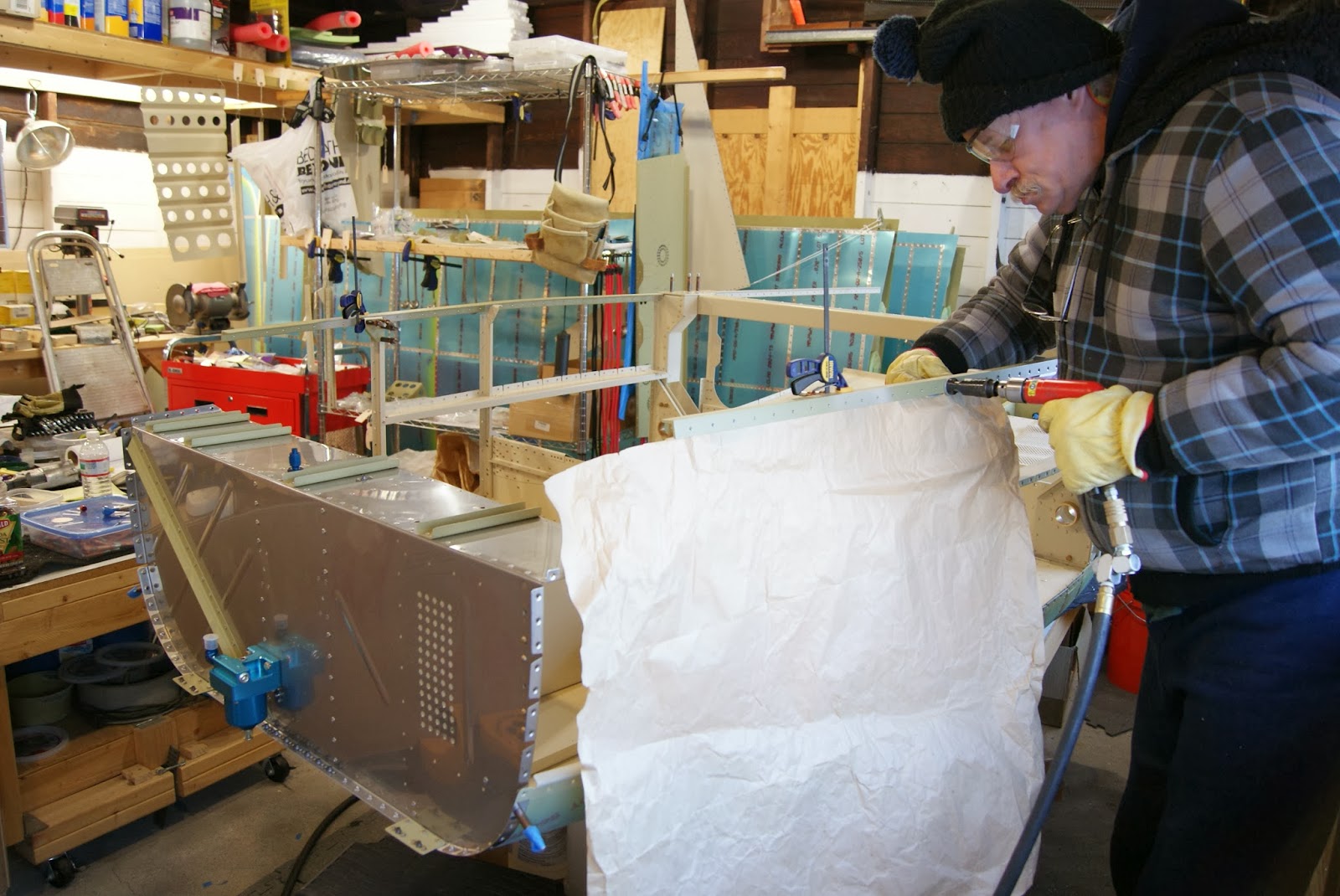 Almost finished with machine countersinking the rivet holes on the F-1255-L longeron using the countersink cage outfitted with a 120 degree cutting bit.

Now that both longerons have been machine countersunk for flush rivets, the inside edges of all those drilled holes need to be deburred … so that will be first thing on the to do list during the next work session.
Posted by John at 8:40 PM