Section 23 begins with the forming of the longerons … this task was accomplished last fall so priming and painting could be performed while the temperatures were favorable. At that time, I did not countersink the F-1205B roll bar mounting plates because I was undecided about using solid rivets or pop rivets and wanted to see how the parts fit together before making that decision. Ultimately decided to follow the plans and assemble with pop rivets ... so that required countersinking six of the holes on each mounting plate to 120 degrees for flush pop rivets. Masking tape was placed over the painted area to prevent marring from the countersink cage. 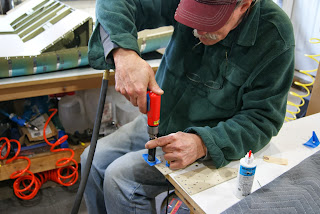 The F-1205B-L&R roll bar mounting plates also receive two nut plates each, so those rivet holes also required countersinking with a #40 100 degree countersink bit because the roll bar bases will be sitting on top of them. Prior to riveting the nutplates, make sure the AN4 bolts can go through the hole … after primer and paint I needed to run a 1/4" reamer through the holes to clean them so an AN4 bolt could be screwed into the nutplate to keep the hole centered while the nutplate is riveted. 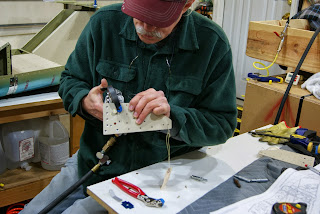 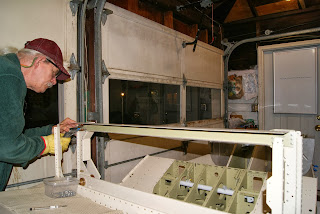 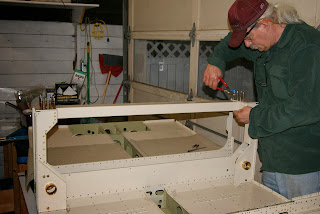 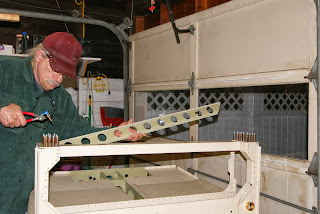