Taking full advantage of the 5 degree heat wave, a frigid afternoon was spent in the shop finishing off the left F-1270 fuselage skin. The soldering iron was used to remove the blue protective film from along the outer edges of the skin. As with the right side skin, the F-1270-L side skin was temporarily Clecoed high so the top row of rivet holes that were used to match drill the longeron could be deburred and dimpled using the Cleaveland 120 degree dimple dies without the need for a horizontal surface. 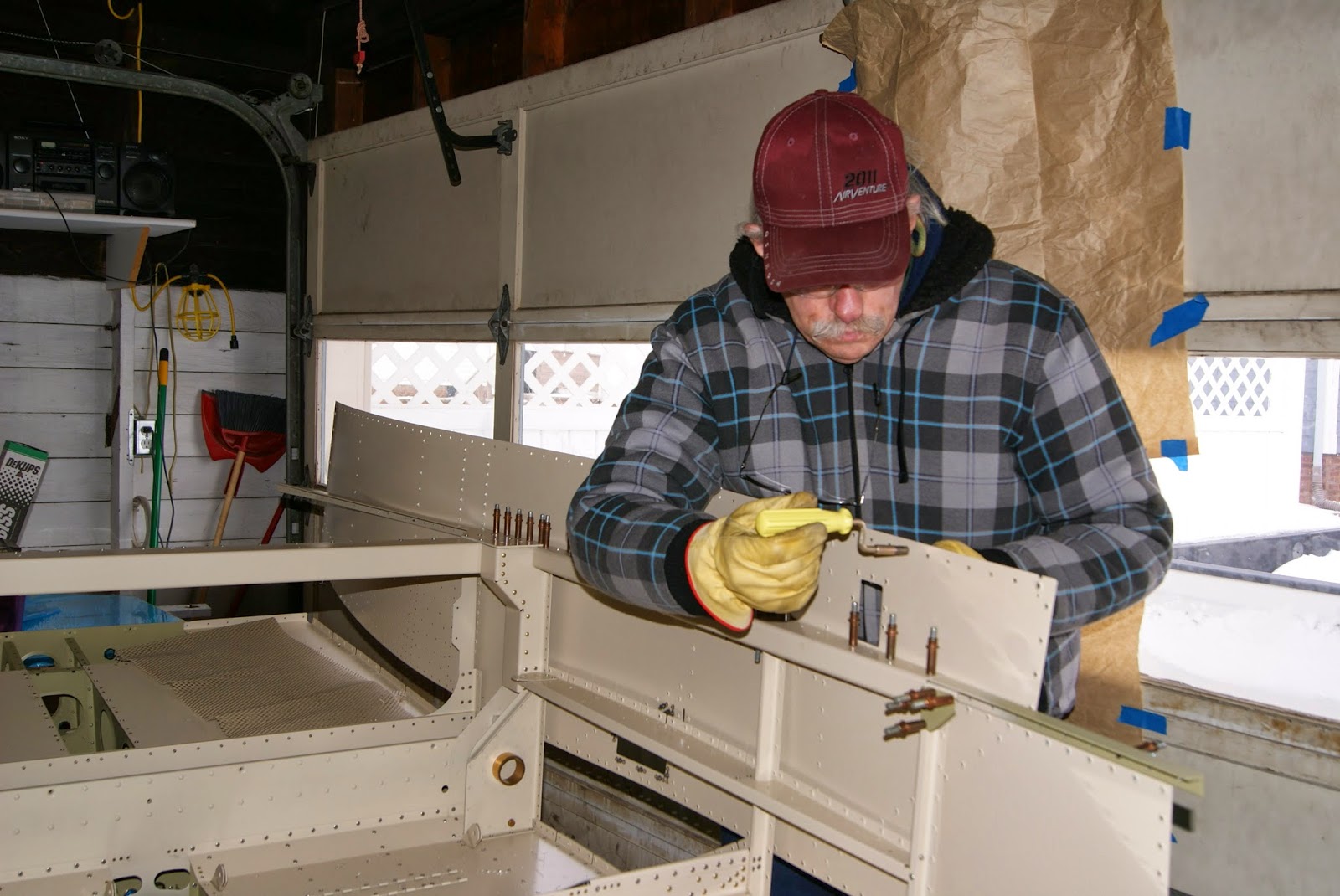 Deburring the top row of rivet holes that were used to match drill the F-1255-L longeron. 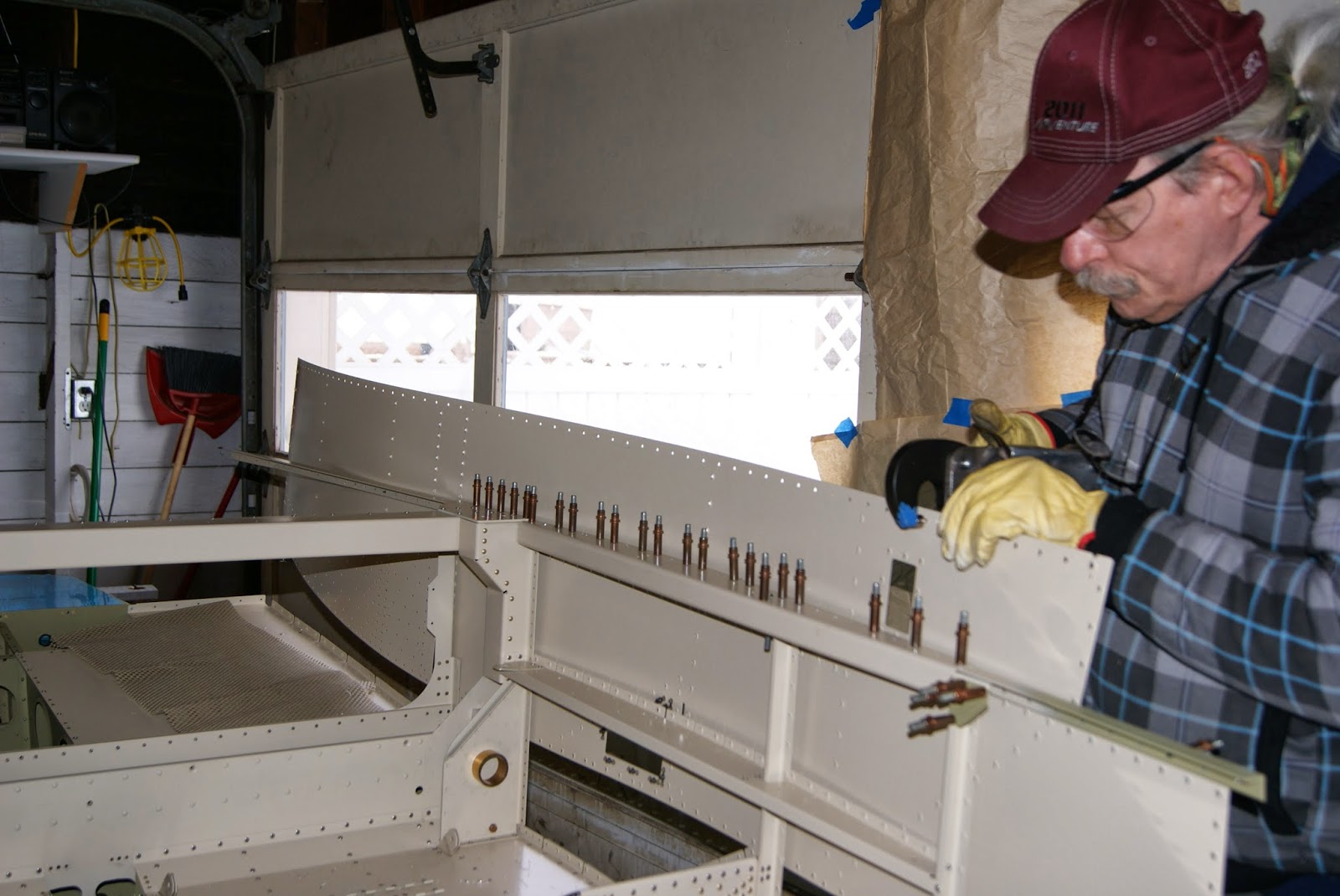 Using the Cleaveland 120 degree dimple dies to dimple the top row of rivet holes in the F-1270-L fuselage side skin for CS4-4 rivets.
Before removing the F-1270-L side skin from the fuselage to make way for countersinking the longerons, the RV-12 air conditioning system was completed. With the temperatures hovering near zero, it is hard to think about the need for air conditioning … but this is the point during the build Van’s has the builder installing the vent doubler/ brackets followed by the installation of the vent door assembly on the F-1270 side skin. This will complete the RV-12’s air conditioning system and will be very much appreciated during hot summer days. But global warming is sooooo last year … thus far this year, it has been one big chill without a hint of warming, global or otherwise whatsoever. 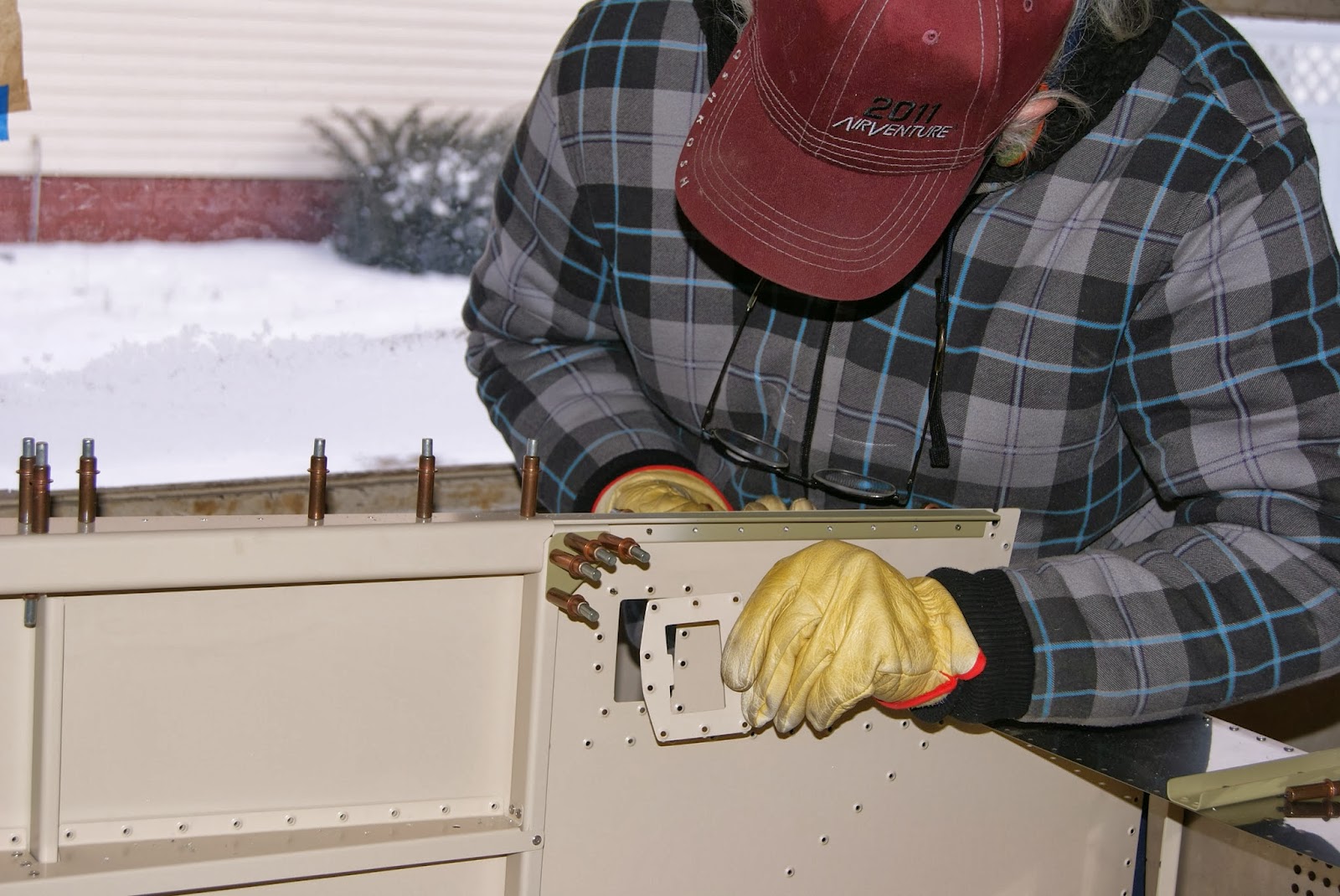 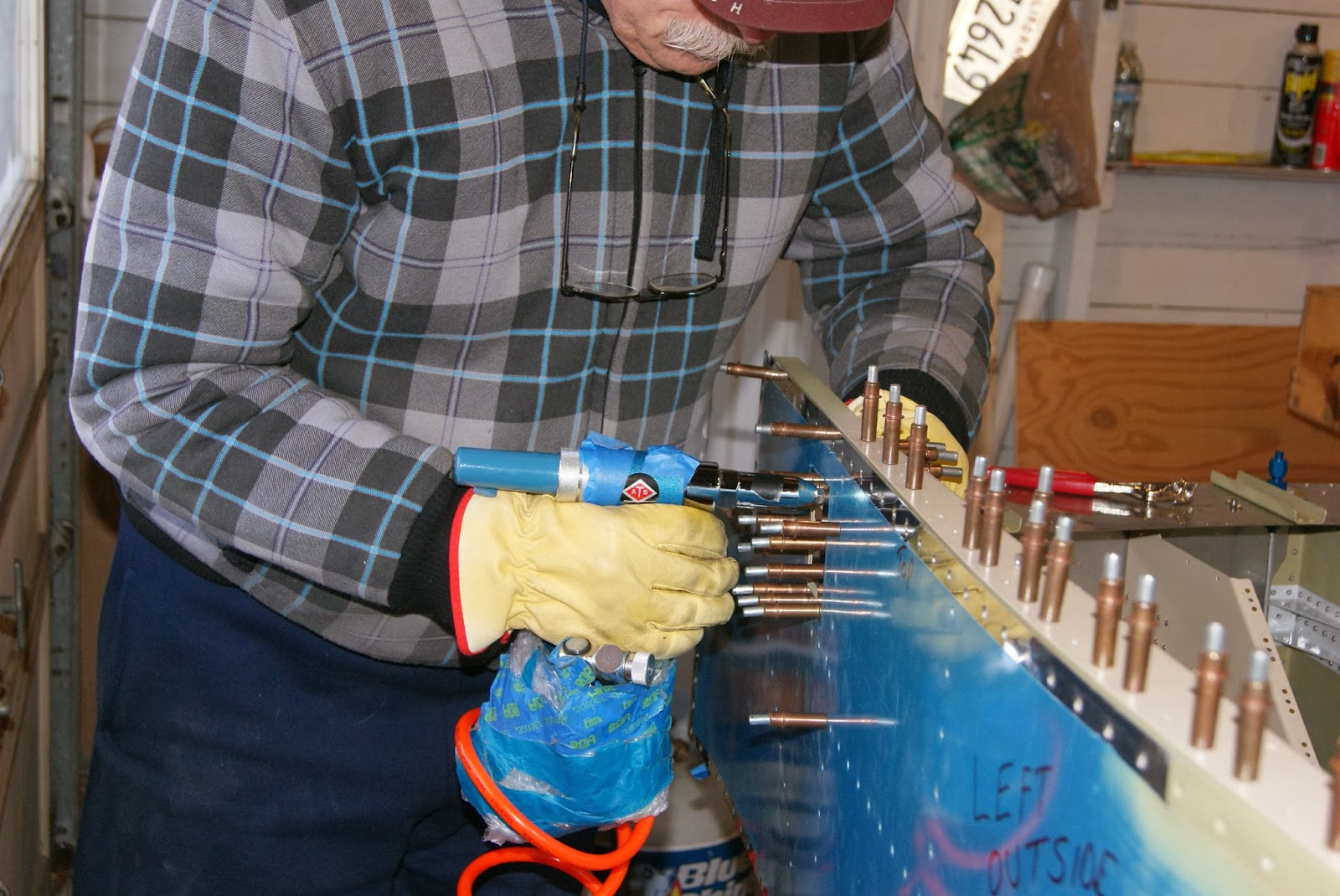 Riveting the F-1096 vent doubler and F-1086-A&B vent brackets into the F-1270-L fuselage side skin using flush rivets in place of LP4-3 rivets.
As done with the right vent assembly, the screw securing the vent door in position is being placed in from the top … should the nut ever come off, the screw holding the vent door will not fall out. 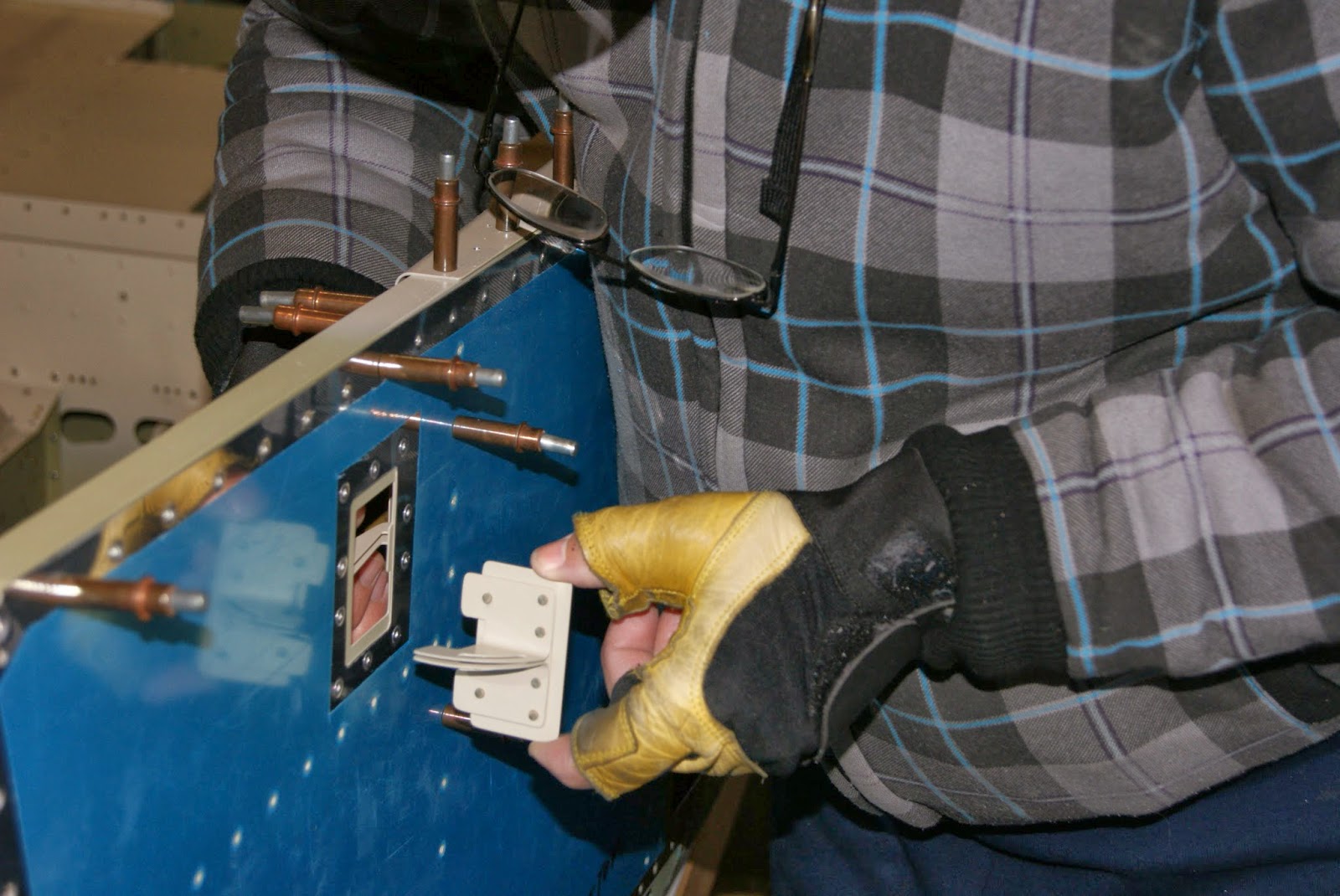 Preparing to slide the vent door assembly through the vent brackets. 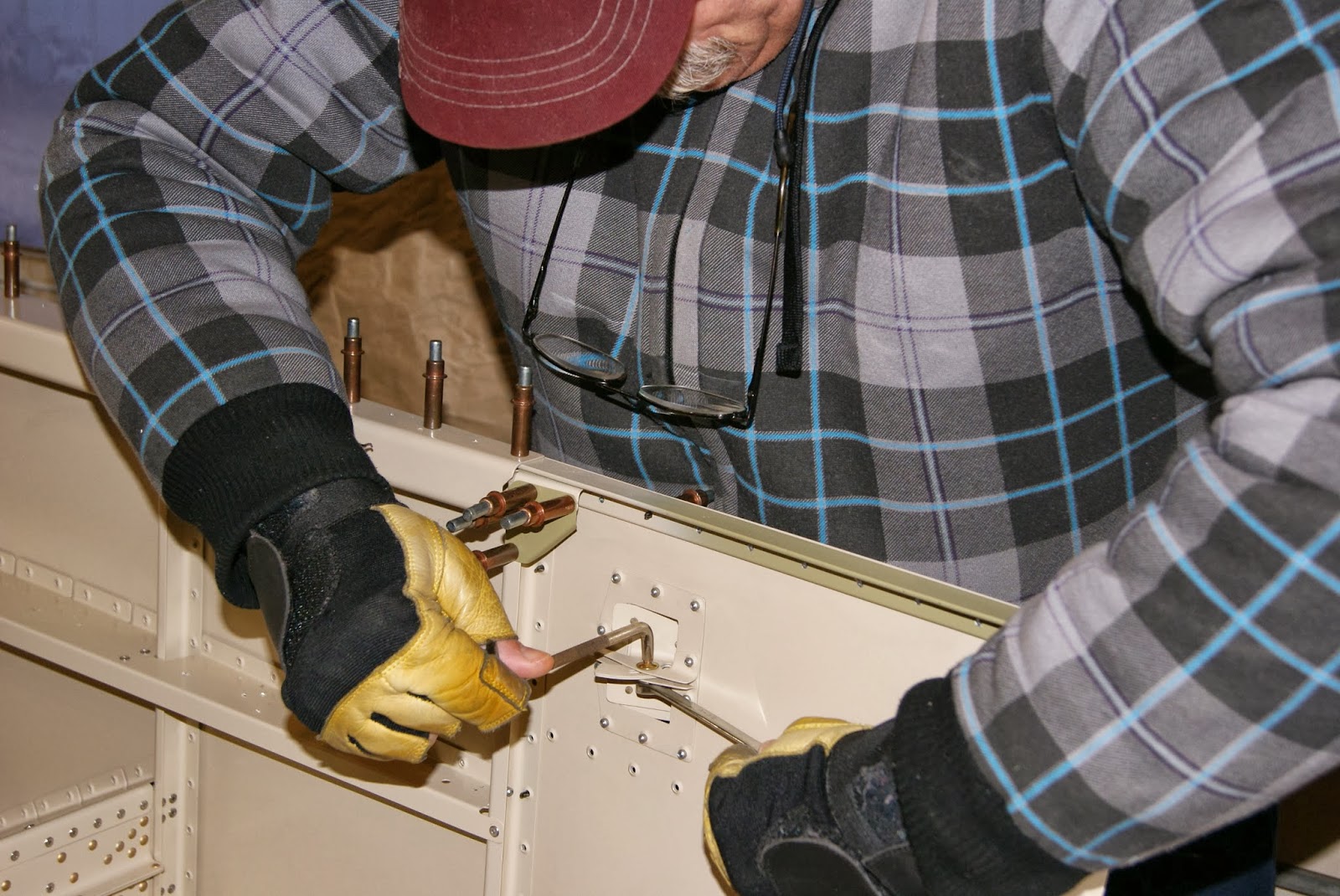 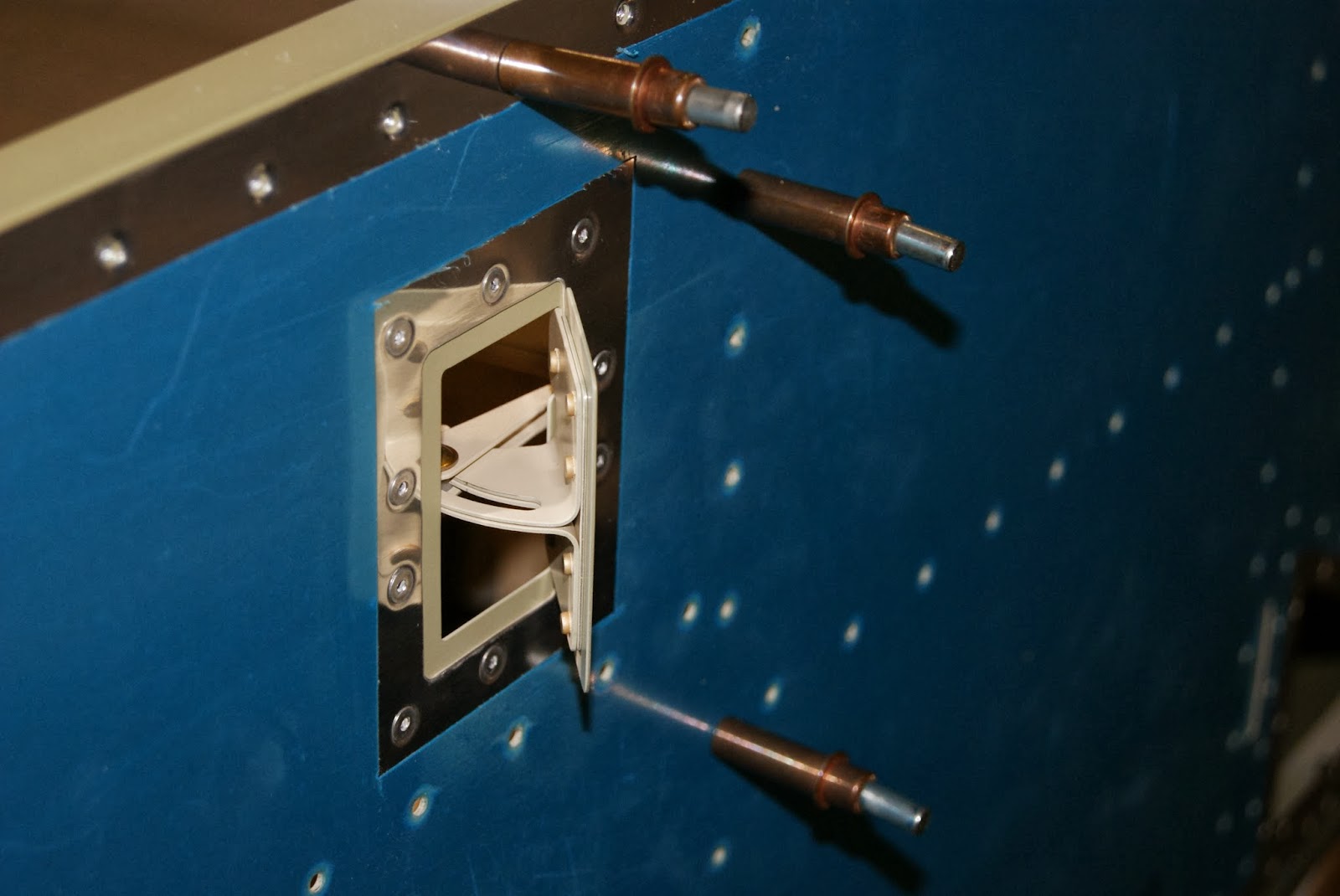 Finished left side air conditioning system.
Even though not all that much got accomplished today, all of the work was done in the close quarters between the fuselage and the glass in the roll up doors. Not much heat was making it to that area of the shop and by this time, I was getting quite chilled so decided to pack it in for the day. The next work session will be countersinking the longerons.