Once again braving the 2 degree morning temperatures, a trek was made out to the shop and Mike’s two burner propane heater received another good workout. The day’s goal was to wear three jackets, ignore the inhospitable elements and finish match drilling the very aft end of the left longeron then move on and complete the right longeron before getting too chilled.

The F-1255-R longeron was match drilled to the F-1205B roll bar attach plate during a previous work session so all that was left to do was complete the match drilling of the outside edge of the longeron using the F-1270-R fuselage side skin as the template. 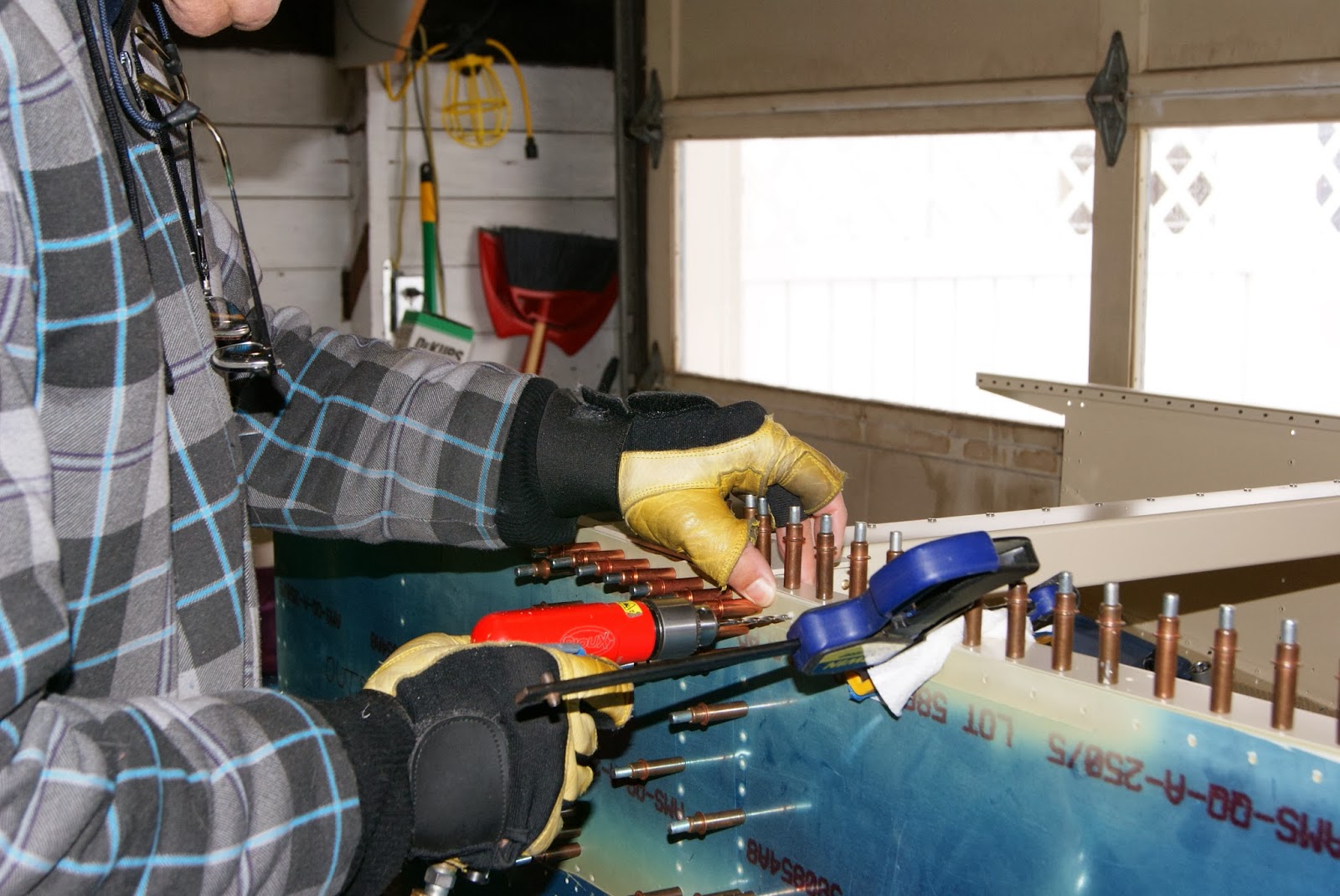 As with the left longeron, the match drilling of the outer edge of the F-1255-R longeron began from the center section forward. 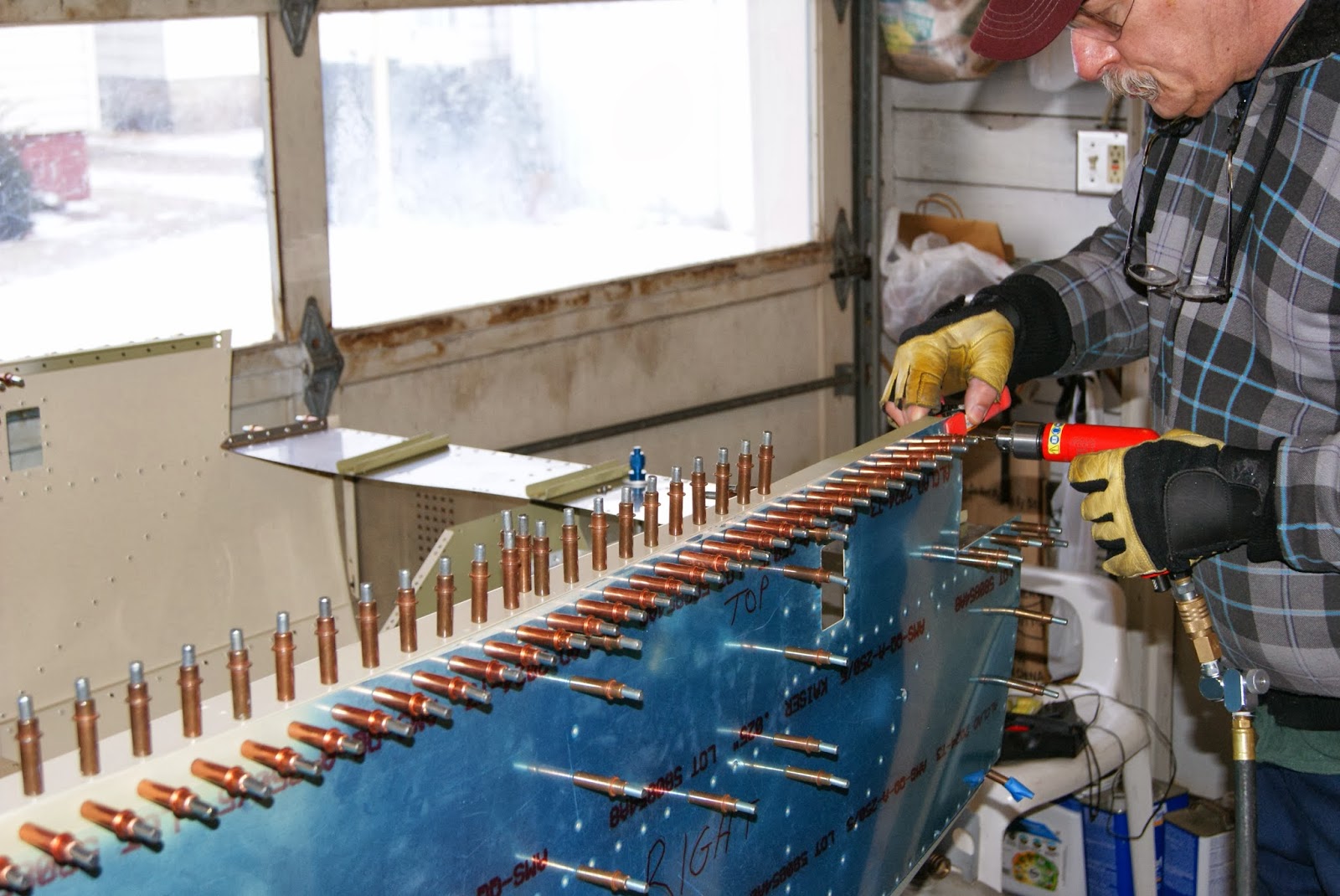 Match drilling the forward most rivet hole in the F-1255-R longeron. 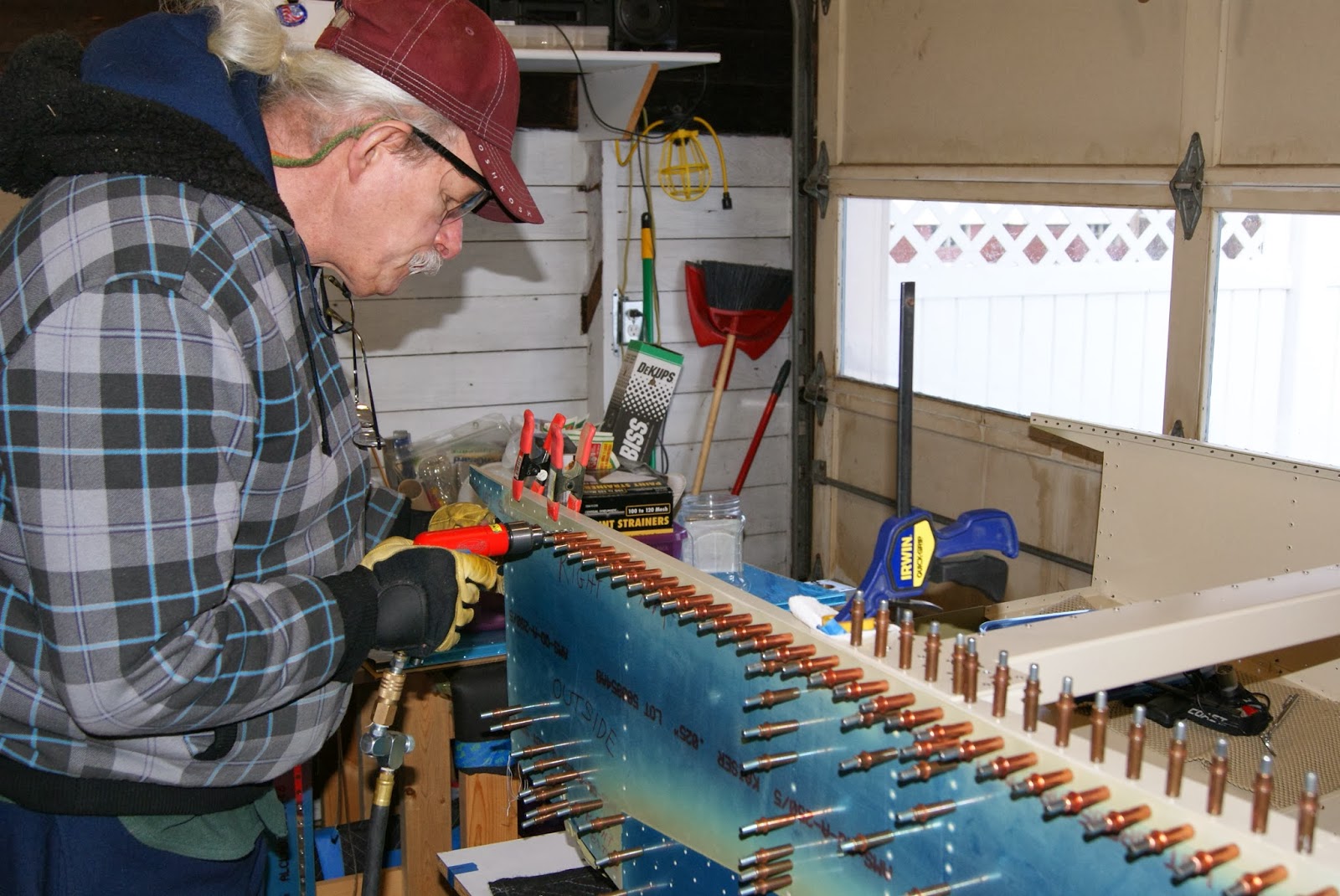 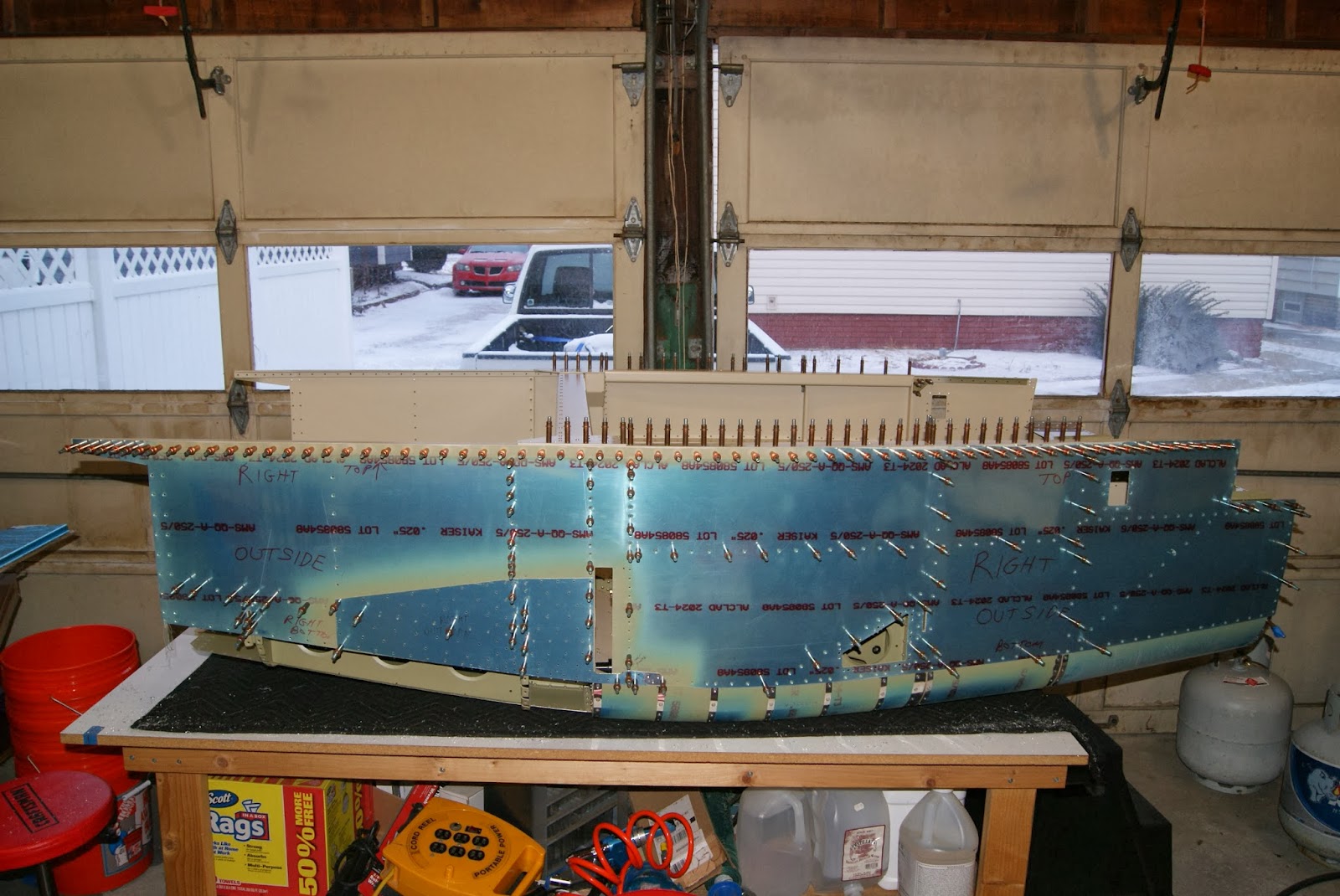 Now that both F-1255 longerons are finally match drilled, the F-1270 fuselage side skins need to be removed so the aft tab mentioned in the previous post can be trimmed off and all the freshly drilled holes can be deburred. Also there are nutplates to install on the F-1270 skins along with the air vents.