The work session was quite short today but long enough to complete both the RV-12’s longerons. The longerons were removed one at a time so they could be laid on the workbench for deburring. The fuselage was also vacuumed to remove the aluminum shavings from all the match drilling. 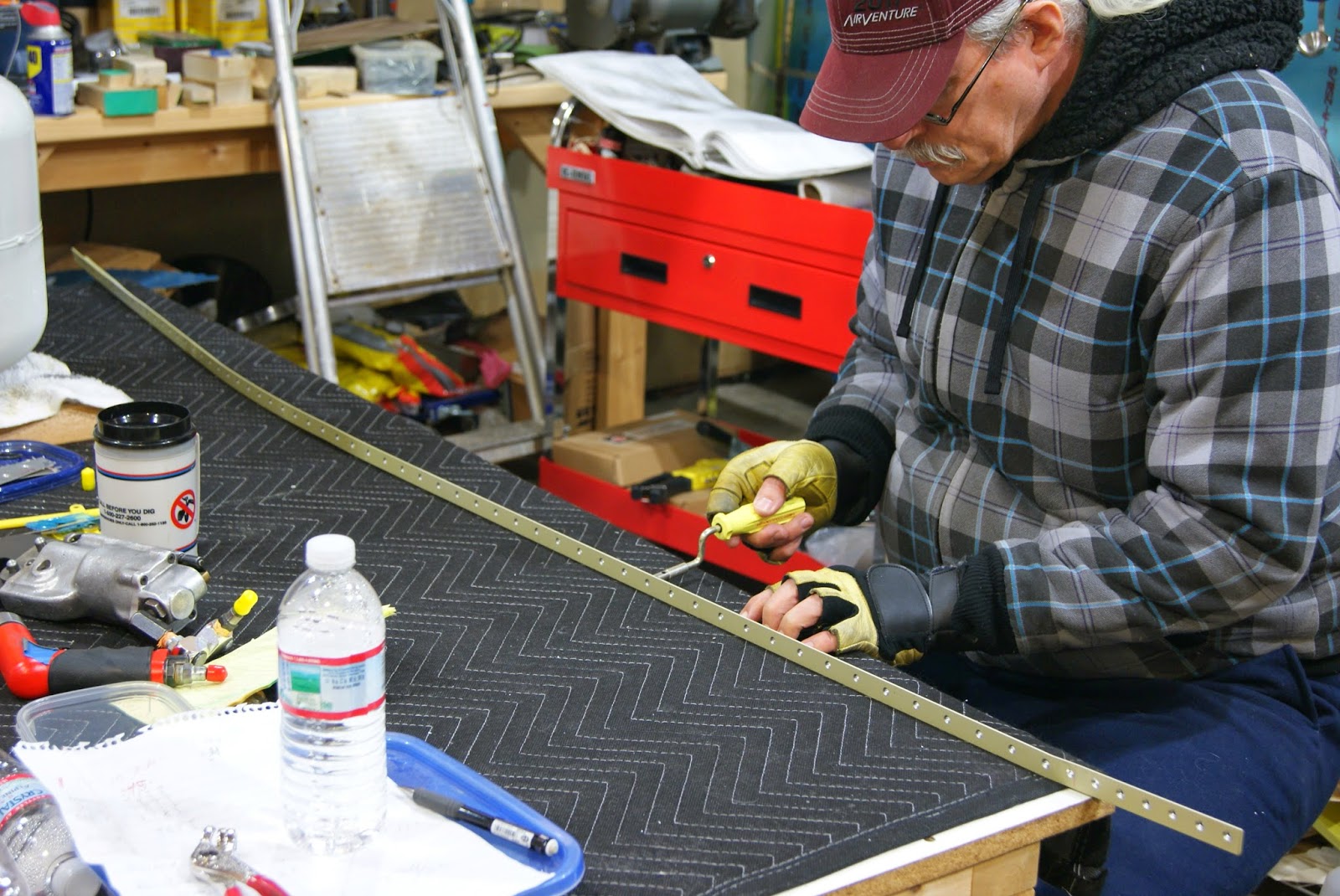 Using the deburring tool to deburr the freshly match drilled holes in the right longeron. 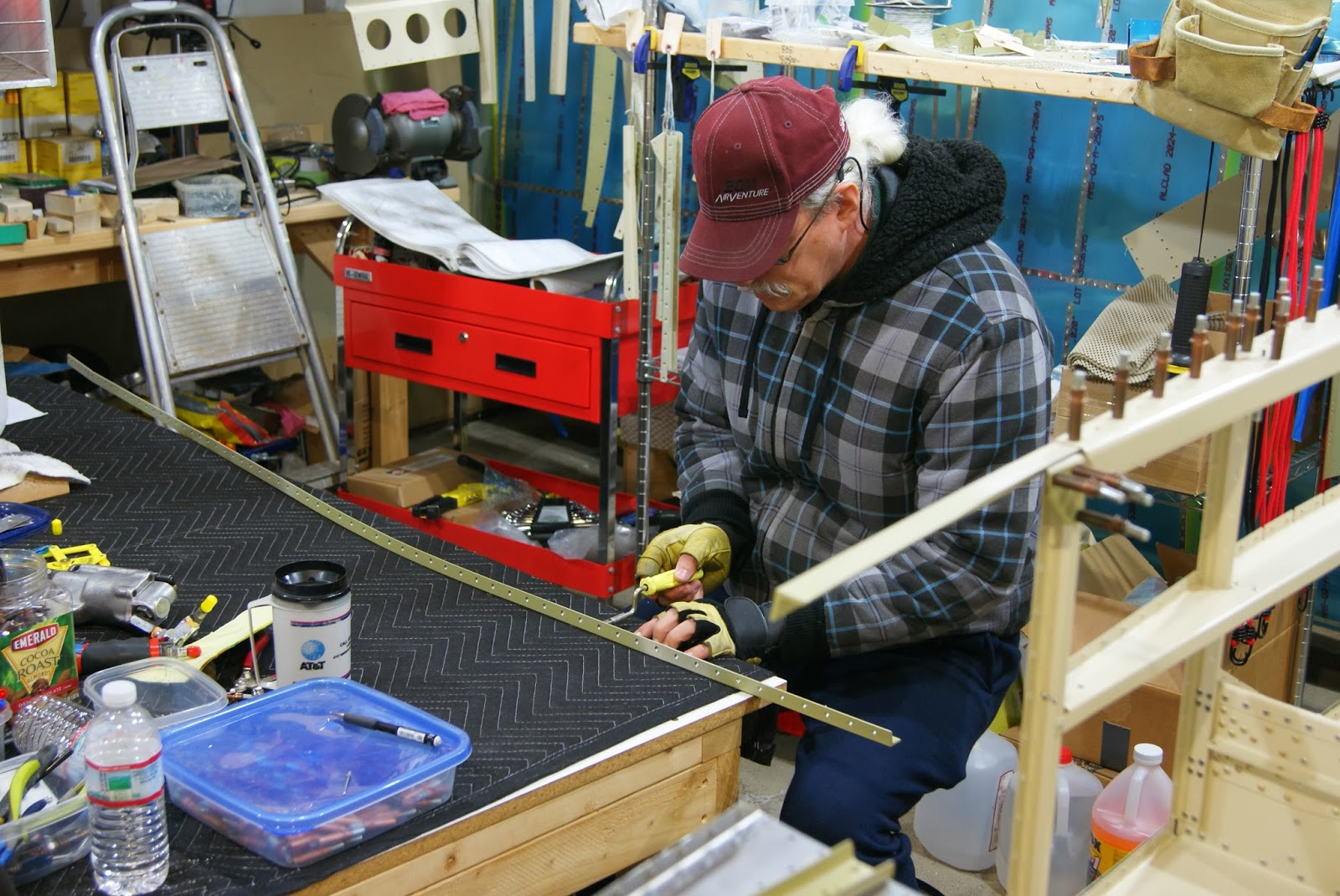 Deburring the rivet holes in the left F-1255 longeron using the deburring tool.

After deburring the F-1255- L&R longerons, the F-1234-L&R canopy decks were once again mated with the longerons and secured onto the fuselage assembly with Clecos for riveting. 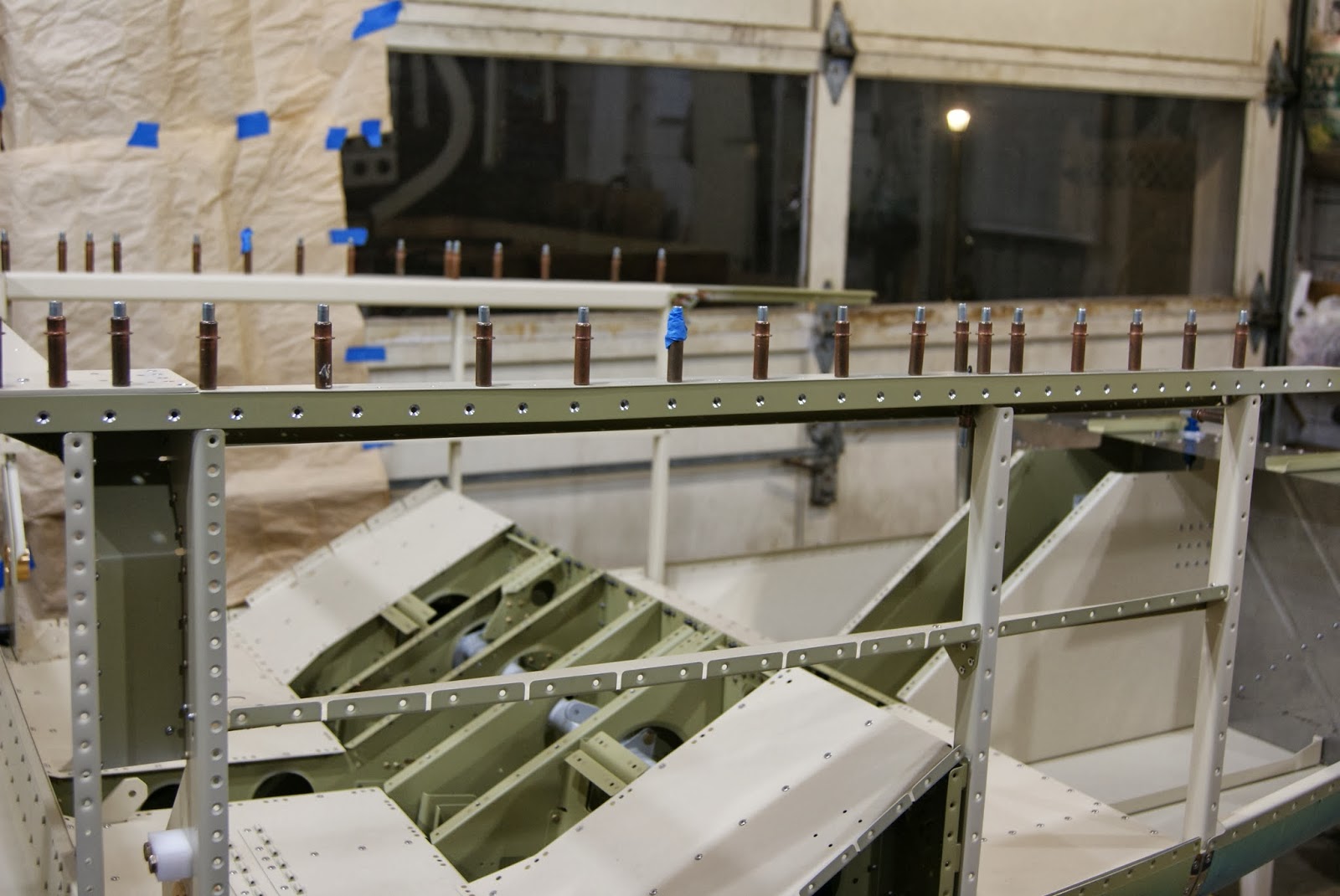 View of the right longeron’s machine countersinks after reinstalling the longeron and canopy deck onto the fuselage assembly following deburring.

With both of the RV-12’s F-1255 longerons Clecoed in position with the F-1234 canopy decks, the fuselage now looks much the same as it did over a week ago … however, now the F-1255 longerons are match drilled, countersunk for flush rivets and ready for riveting. 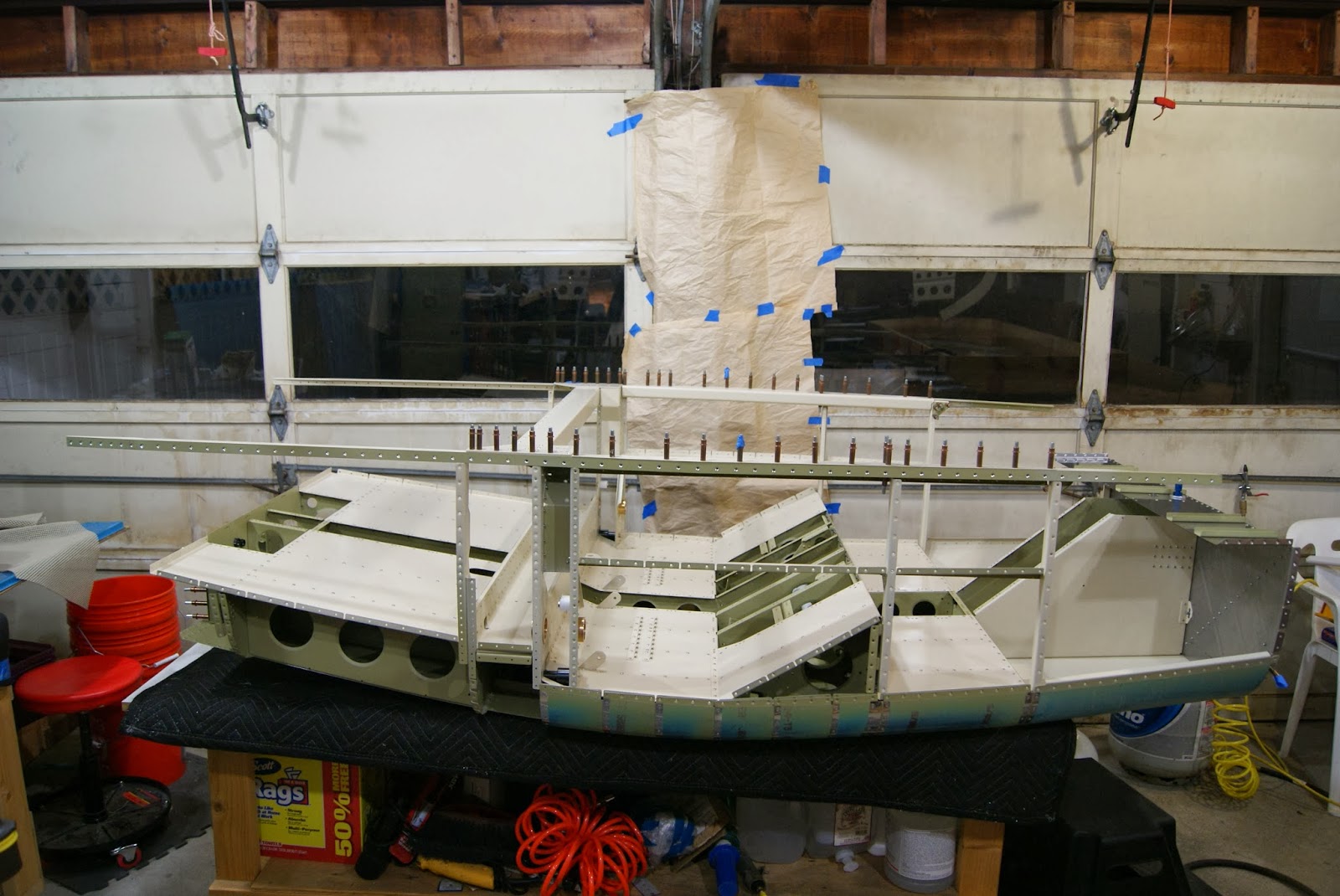 Side view of F-1255 longerons and F-1234 canopy deck attached onto the fuselage assembly with Clecos and ready for riveting. 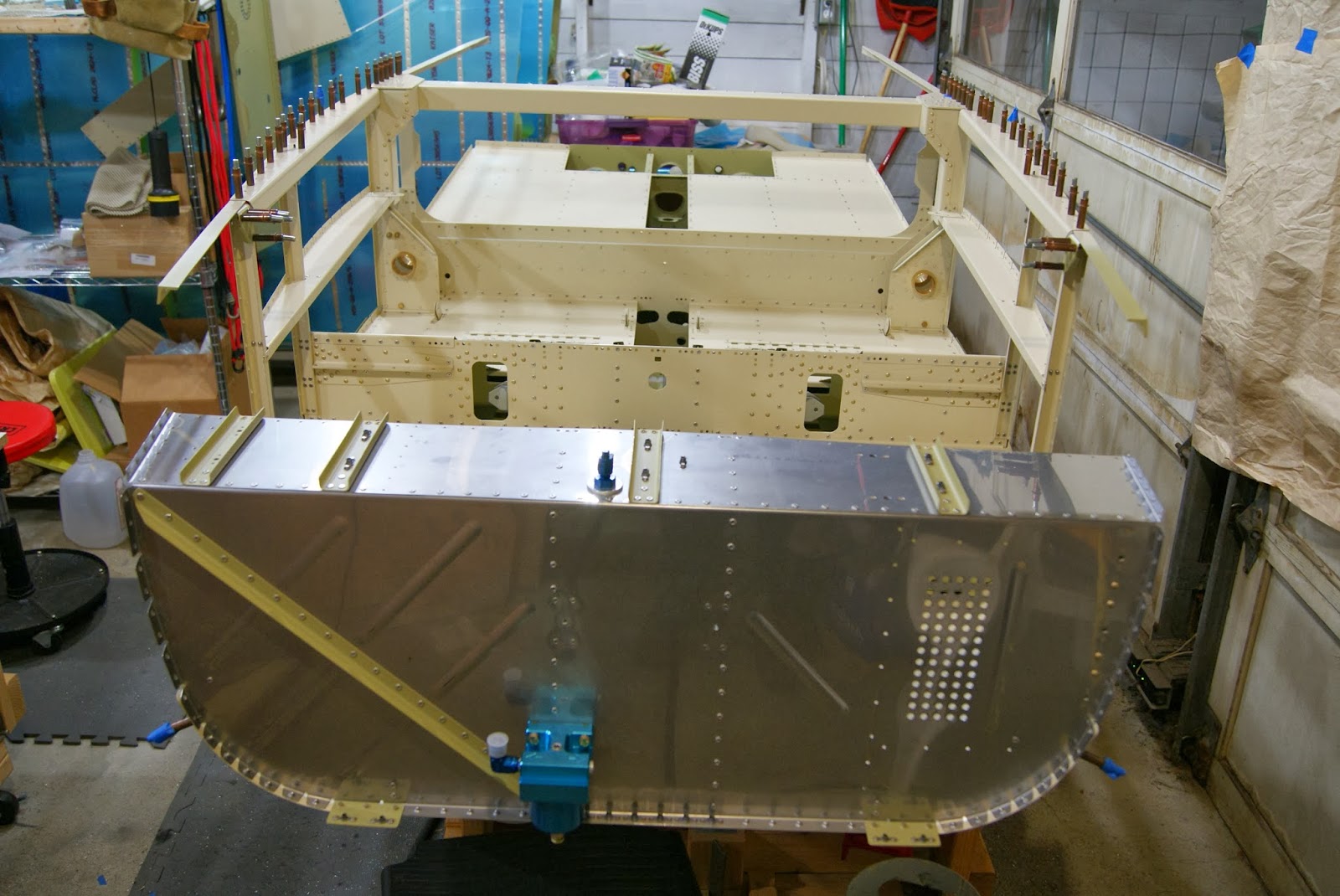 Front view of F-1255 longerons and F-1234 canopy deck attached onto the fuselage assembly with Clecos and ready for riveting.

At this point in time, the instructions would have the builder installing the side skins and riveting everything together. However, some builders have suggested holding off installing the side skins because access is better for installing wiring and the control system. At this point, I’m inclined to leave the skins off for the time being but planning on researching the issue a little more before making a final decision.
Posted by John at 9:05 PM