CAUTION: When Van’s says not to pressurize the fuel tank more than 1 PSI they mean it! Even though the pressure was under the 1 PSI limit, the fuel tank was visibly bulging a little.


At first the tank would not hold pressure so the first thing I looked at was the fuel cap and filler neck attachment. (When Bernie and Mike K. helped with the assembly of the tank, we were careful to assemble the fuel tank with as much care and attention to detail as possible, so I would be truly shocked if the tank itself leaked). A leak detection liquid was used and it did not take long to determine the hose clamps needed to be really cranked down before the fuel tank would hold pressure. 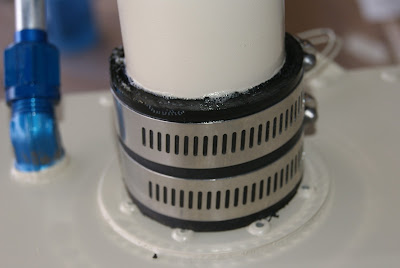 After tightening the hose clamps on the filler neck, the tank began holding pressure. One can still see the aftermath of all the bubbles that were created by using the leak detector liquid. 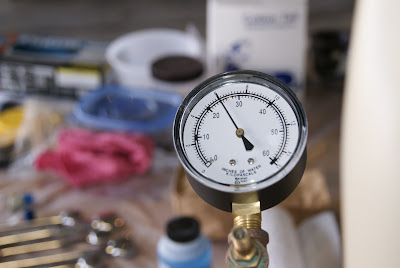 The fuel tank is holding pressure at 24 inches of water. 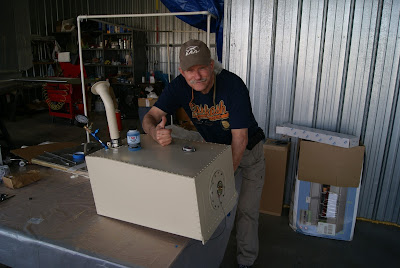 Looking good after 15 minutes, the gauge is still holding at 24 inches of water.


While the fuel tank was left to pressure soak a bit, did a little cleaning and putting away of tools and parts trays from the bench to make room for the next task of making the T-01219C vent line for the fuel tank. This is the line that will run from the vent fitting on the fuel tank and pass through the hole in the upper right corner of the baggage bulkhead where it is inserted in the T just aft of the bulkhead.  I immediately ran into a small issue where the dimensions shown for the “1:1” drawing of the T-01219C did not match the measurements called for on the drawing. The drawing measured as follows:  The 2 1/6" dimension measured 2", the 6 5/32" dimension measured 6" and the 2 1/32" dimension measured 1 31/32". Decided to make the vent line using the printed dimensions shown on the drawing and did not use the drawing as bending template. If the vent line ends up being too big, I’ll return from the future and amend this post. The vent line only has two bends (95 and 50 degrees), so it will be a piece of cake to remake if the line needs to be made smaller.

The T-01219C vent line with the 95 and 50 degree bends completed … ready for one end to be flared to mate with the vent fitting on the fuel tank. 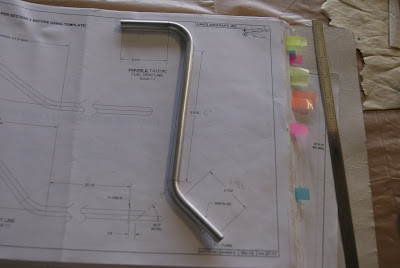 By bending to the printed measurements, one can see the vent line is a little longer than the actual “1:1” drawing. 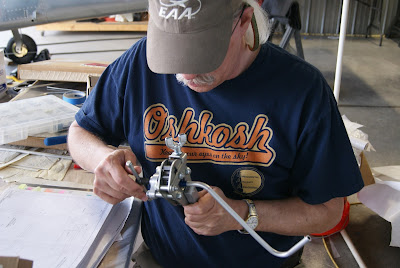 Using the Parker Rolo flaring tool to flare the end of the T-01219C vent line that will attach to the vent fitting on the fuel tank. 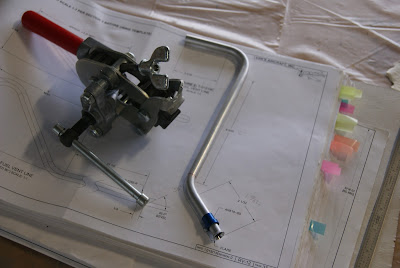 Completed T-01219C vent line … hopefully, I did the right thing by making the vent line to the printed dimensions on the drawing as opposed to using the drawing as a template … time will tell.


After putzing the hanger for another couple of hours and meeting the new neighbor in the adjacent hangar it was time to close the hangar door and head home …prior to leaving, looked at the pressure gauge and it was at 21 inches of water. So in four hours the pressure dropped 3 inches of water. I’ll know tomorrow, but I believe the pressure drop is due primarily to the air temperature which had been slowly dropping throughout the late afternoon/early evening. 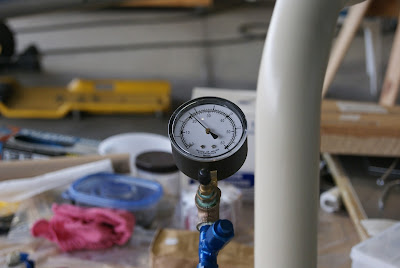