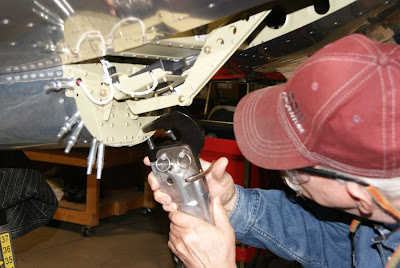 Riveting tail cone fairing nutplates onto the lower portion of the tail cone. 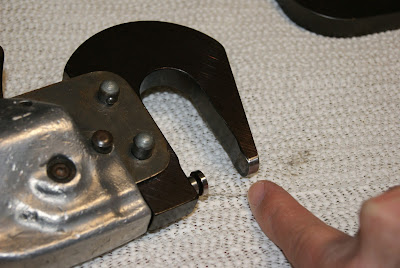 The no hole yoke sets the rivets without the use of a die on the yoke and is also shaped differently so it offers more clearance. 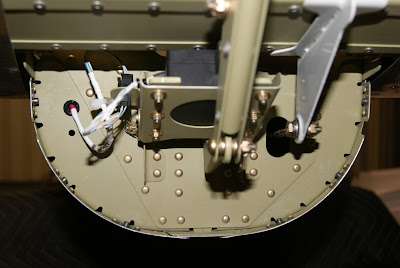 All the nutplates on the lower portion of the tail cone are now installed.


The four rivet holes that needed to be dimpled using the C clamp will need to be riveted using a rivet gun because of clearance issues. Of course, one could always remove the vertical stabilizer and the stabilator and there would not be any issues. I have elected to work around them so will use a rivet gun and bucking bar to set the remaining four rivets … the two rivets closest to the vertical stabilator and the two rivets closest to the upper skin of the stabilator. 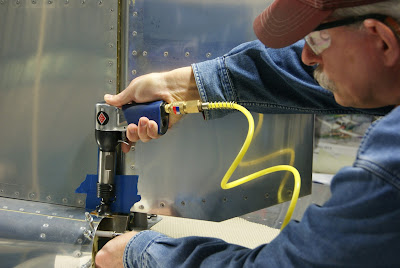 Using the rivet gun and bucking bar to rivet the nutplate rivet closest to the vertical stabilizer.

Was able to finish off setting all of the rivets for the nutplates with the exception of the two closest to the stabilator. Because of the location, did not feel comfortable attempting to do this by myself, so will enlist Bernie to give me a hand later today to set the remaining two rivets thus putting this chapter of the build to rest.