After riveting all the hinges in place on both cowling sections, the cowling sections are to be placed back onto the fuselage for more drilling and to install eight nutplates. 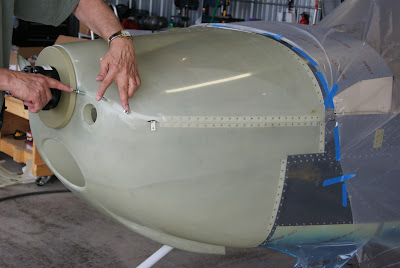 The trial fit after riveting all the hinges the fit still looks good my fingers are pointing to the areas that will receive nutplates after being drilled to #19 … the hinge tab on both sides will also be drilled and receive nutplates. 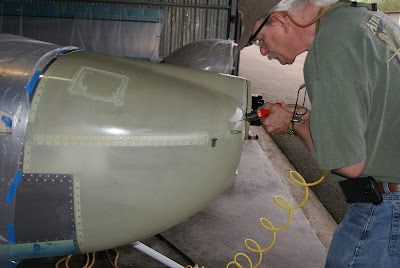 Drilling one of the six holes on the front of the cowling out to #19.

After the holes on the front of the cowling were enlarged to #19, the upper cowling is removed so nutplates can be installed on the lower cowling. A screw with a pile of washers on it was used to secure the nutplates to the cowling so the #40 rivet holes for the nutplates could be drilled. 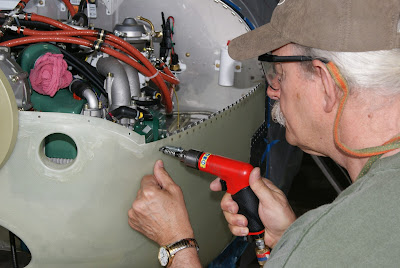 Drilling the #40 rivet holes for the nutplate that will secure the tab for the left side hinge. The nutplate is being held secure by a screw and a pile of washers from the backside of the cowling. 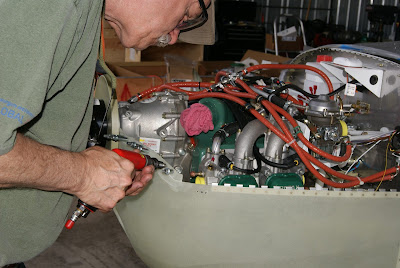 
When riveting the front nutplates, I noticed the fiberglass was thicker in the area of the four inboard nutplates … so a slightly longer AN426AD3-4.5 rivet was used in the place of the typical AN426AD3-4 rivets. 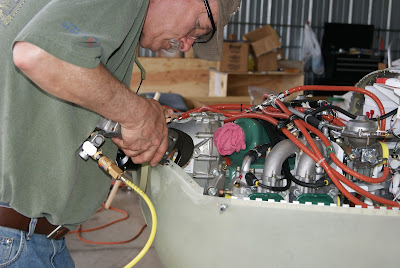 Riveting one of the forward nutplates onto the joggle on the lower cowling using a slightly longer AN426AD3-4.5 rivet. 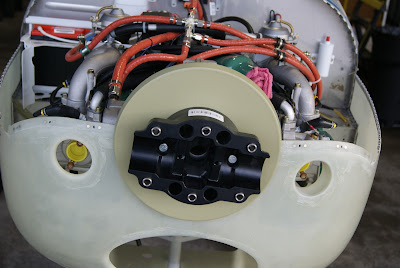 All the nutplates are now installed on the lower cowling.
Posted by John at 10:16 PM