Friday & Saturday was a mixed bag of small tasks the most notable was cutting the upper cowling fiberglass to create the cutout for the oil door and assembling the hinge components. The cowling comes from Van’s with a recessed joggle that has a trim line scribed onto it … so a Dremel tool outfitted with a cutoff wheel was used to rough cut the fiberglass material away. This was followed by a little sanding and filing until the opening was up to the scribe lines. 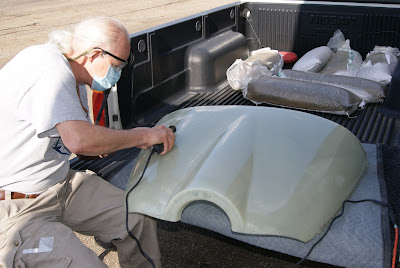 Using a Dremel outfitted with a cutting wheel to rough cut the access hole. 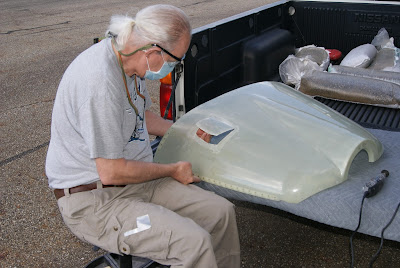 Success. The cutout is now hanging by a few threads in the corners … they will be cut using a hack saw blade. 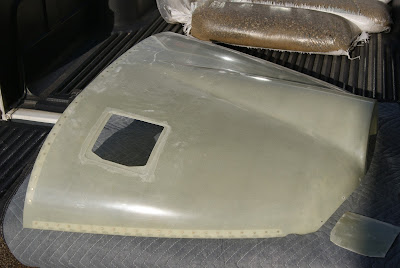 Finished hole sanded and filed to the trim lines.


Because the trim line on the fiberglass pieces have been fairly close so far, the opening for the oil door was taken just up to the trim line …. which, was a mistake in this case. Looking at the above photo, note the small amount of material that is left on the upper edge of the inboard cut (and I could still barely see the trim line). In order to cover the hole with the oil door, it places the oil door almost up against the joggle. I figured this may lead to a clearance issue when swing the door open … (it did), but figured it could be corrected later after all the hardware is in place. Suggestion to builders: Leave an additional 1/16" or so of material on the long inboard cut … this will allow the oil door to be positioned a little lower so when it swings open, it will not contact the joggle.


Knowing there would likely be a lot of sanding necessary later, I proceeded to install the hinge and cam lock components, figuring I could deal with the likely interference issue after assembly is completed. With the oil door taped into position so it covered the opening, the two cam lock holes are drilled into the upper cowling to 1/4" …. this was done by drilling tiny lead holes in the center and enlarging the holes to 1/8" so a step drill could be used to step the holes up to a 1/4". This allows for the cam lock to be temporarily inserted through the hole and inserted in the HW-212-12 cam lock receptacle to secure it in place while drilling the rivet holes for the mounting flanges. 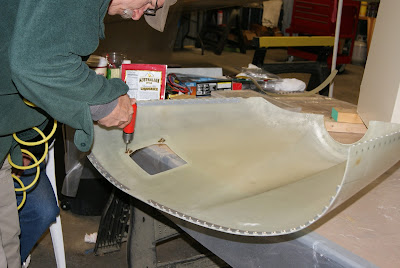 Drilling the rivet holes for the HW-212-12 cam lock receptacles in the upper cowling. 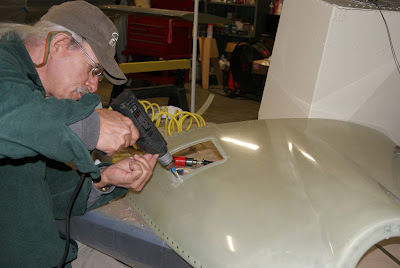 
Next the hinge assembly consisting of the VA-263 & 263C hinge and spacer are riveted onto the inside of the oil door. Prior to riveting the hinge, the four rivet holes in the oil door need to be machine countersunk for flush rivets. 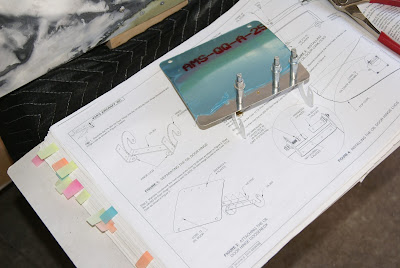 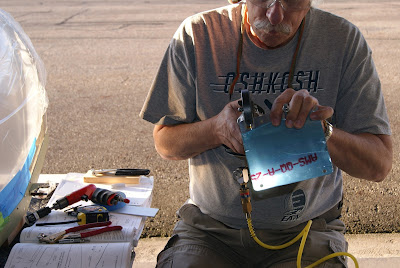 Riveting the VA-263 hinge assembly onto the oil door. 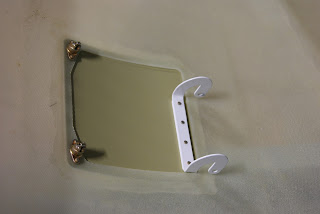 Oil door secured to the upper cowling with the cam locks and ready for phase two … installing the hinge lugs. Also a little sanding was necessary in the bottom right corner to eliminate a little interference.


The hinge lugs are temporarily installed onto the door assembly so the lugs can sit flat onto the cowling for drilling the two mounting holes in each lug. Here again the rivet holes for the lugs need to be countersunk prior to riveting the lugs in place. 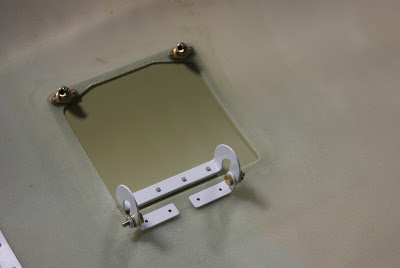 Hinge lugs in position and ready for drilling into the upper cowling. 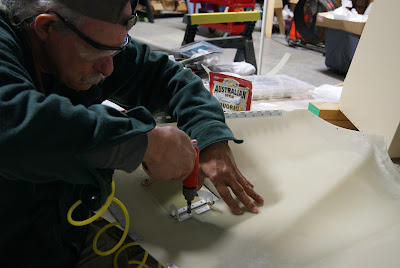 Drilling the rivet holes for the hinge lugs into the upper cowling. 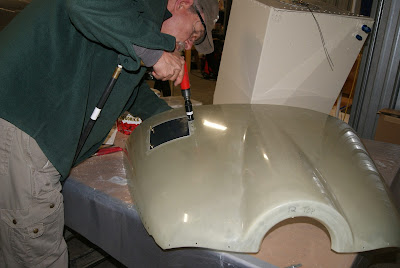 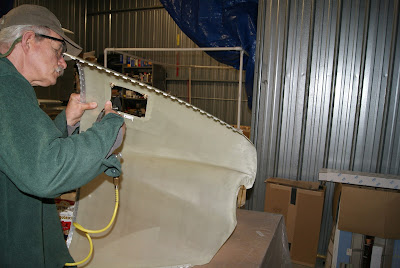 Riveting the hinge lugs onto the upper cowling using slightly longer than called for AN426AD3-4.5 rivets.


As mentioned previously, had a bad feeling there would be some interference between the oil door and the inboard joggle on the upper cowling … and there was. This required sanding away material from the joggle to create more of a gap between the joggle and the metal oil door … (could not remove material from the oil door because it was just barely covering the hole as it was). After quite a few cycles of test, remove, sand, reassemble and test … repeat a lot, the oil door finally could be opened without any interference issues. 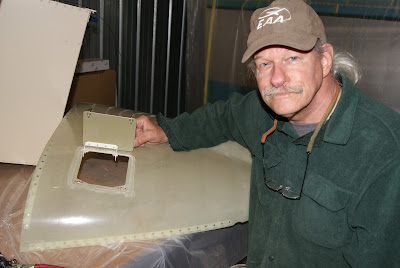 Completed installation of the oil door on the upper cowling.
Posted by John at 8:09 AM