Because the RV-12 is being built with flush rivets, the skins in that area are being dimpled so I tapered the holes slightly to accommodate the dimples. The forward most hole was left alone because that hole is common to the rear window. 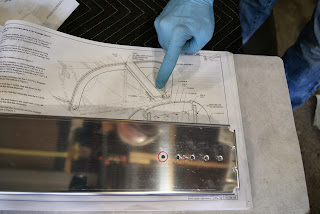 Red circle denotes hole that was not tapered because it is common with the rear window which receives no dimpling. Note the drawing does not show the holes in the aft portion of the F-1232A brace. 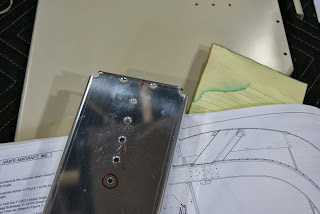 This drawing shows the holes in the aft portion of the F-1232A brace. 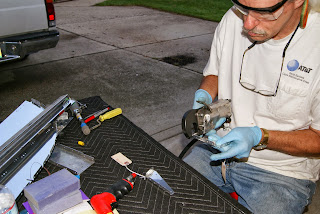 Dimpling the F-1232B roll bar mounting brackets where they will contact the turtle deck skins.
During the rain delays moved ahead and prepped more parts … the F-1254-L&R roll bar support frame, F-1234-L&R canopy decks, and baggage bulkhead components were deburred and dimpled. The F-1277-L&R turtle deck skins were also dimpled for flush rivets except for the holes common to the rear window. 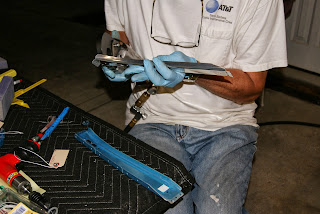 Dimpling one of the F-1254 roll bar support frames for #30-120 degree flush rivets where it attaches to the fuselage side skin. 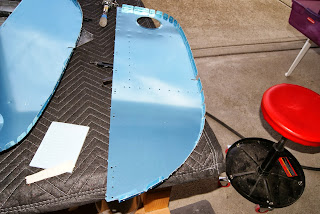 The F-1207C-L&R baggage bulkheads come folded in half - unfolding breaks off the tabs holding the pieces together leaving the tabs seen in the photo. 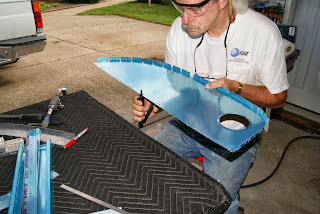 Using the nibbling tool to remove the tabs from the F-1207C baggage bulkhead. 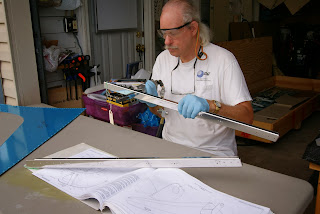 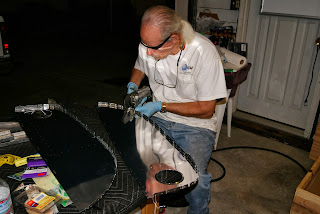 Dimpling the outer flanges on the F-1207C-L&R baggage bulkheads for #30-120 degree flush rivets. 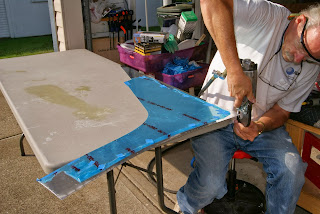 Dimpling one of the F-1277 turtle deck skins using a #30-120 degree dimple die for the flush rivets being used on the RV-12 project.
Also worked on a few miscellaneous parts such as the F1207E-L&R  shoulder strap lug (which required machine countersunk for the flush rivets being used in the project) along with the F-1270D doubler for the side skin stiffening retro fit. Because the F-1270D doubler is relatively thin, it was secured to both F-1270 side skin doublers (placed back to back) which also have the same rivet hole pattern. This worked great and prevented rivet hole elongation from the machine countersink process. 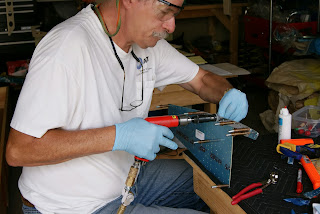 Machine countersinking for #30-120 degree flush rivets the F-1270D doubler. The doubler was secured onto the much thicker F-1270 side skin doublers (which were placed back to back) with Clecos. This prevented hole elongation. 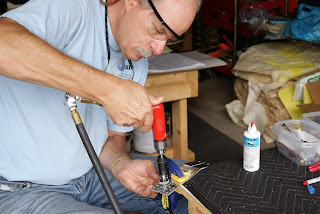 Machine countersinking the F-1207E shoulder strap lugs for #30-120 degree flush rivets. It was easier to countersink the holes prior to separating the two lugs on the band saw. 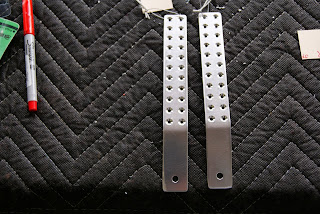 F-1207E-L&R shoulder strap lugs after machine countersinking with a #30-120 degree bit.
Finally after a couple of days of weather not conducive for painting, late this afternoon all the components worked on over the last week were finally primed with Akzo primer after receiving a good cleaning with Acetone and scuffing with Scotch-Brite pads.
Posted by John at 9:58 PM