After being away from the project for a few days visiting long time friends, it was good to get back in the shop and begin making more forward progress on the RV-12 fuselage. Work continued on the project by riveting the second F-1206D bearing bracket onto the F-1206G-L baggage rib followed by riveting the F-1206H baggage ribs onto the F-1206A bulkhead. Most of the rivets used during this portion of the build required bending the mandrel of the rivets and using the AEX wedge to gain clearances for the hand rivet pullers. 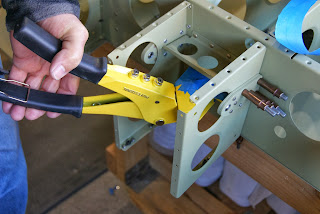 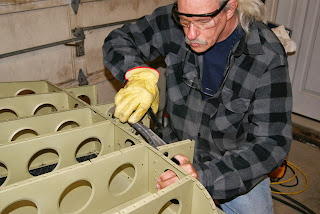 After the riveting was completed on the F-1206G&H baggage ribs, the whole assembly was flipped over so the F-1224 baggage floors could be riveted to the F-1206A bulkhead and F-1206H baggage ribs followed by the instillation of nutplates in the areas where the access covers will reside. 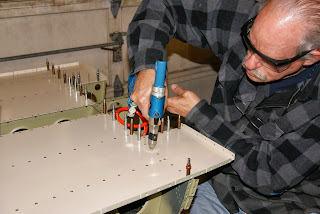 Using the pneumatic rivet puller to rivet the W-1224 baggage floor onto the F-1206A bulkhead with a LP4-3 pop rivet. 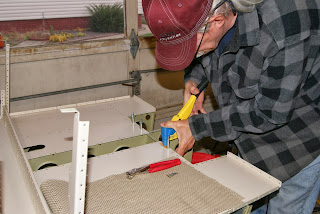 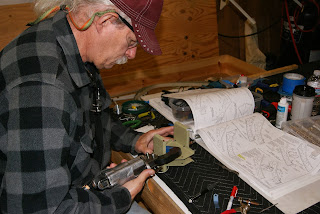 Using the pneumatic squeezer to rivet the pulley brackets assembly with AN470AD4-4 solid rivets in place of LP4-3 pop rivets. 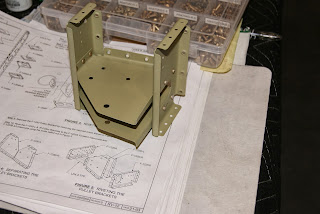 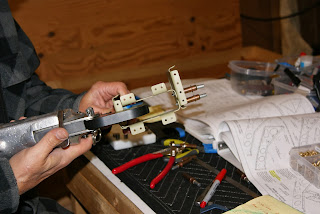 Using the pneumatic squeezer to rivet the F-1220 A&B intercostals and F-1218 brackets together using AN470AD4-4.5 rivets in place of LP4-3 pop rivets. 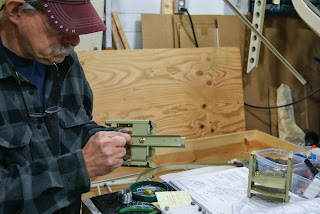 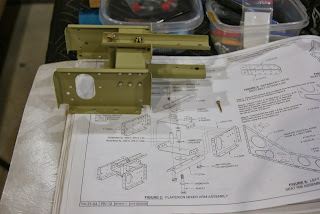