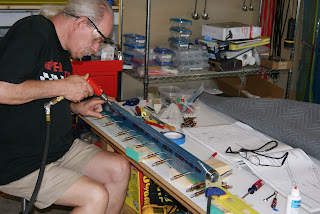 Match drilling the stainless counterweight to the holes in the A-1201C-R outboard nose skin. 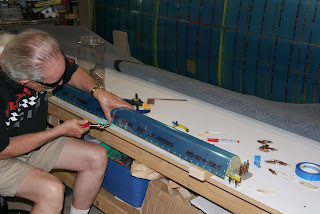 Securing the A-1201A-R inboard nose skin onto the right flaperon spar with Clecos. 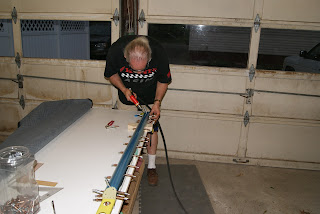