I knew wiring the control stick grips would be both tedious and time consuming … and thus far I have not been disappointed. Plus, as always with things like this, it is taking longer than expected.  It also requires quite a bit of bending over … so needless to say, it’s a good way to get a sore back.

Work for the day began by pulling the wiring that will connect both control stick grips together through the seat rib grommets and then adding the pilot push to talk wire and ground wire into the Molex connector on the pilot side. 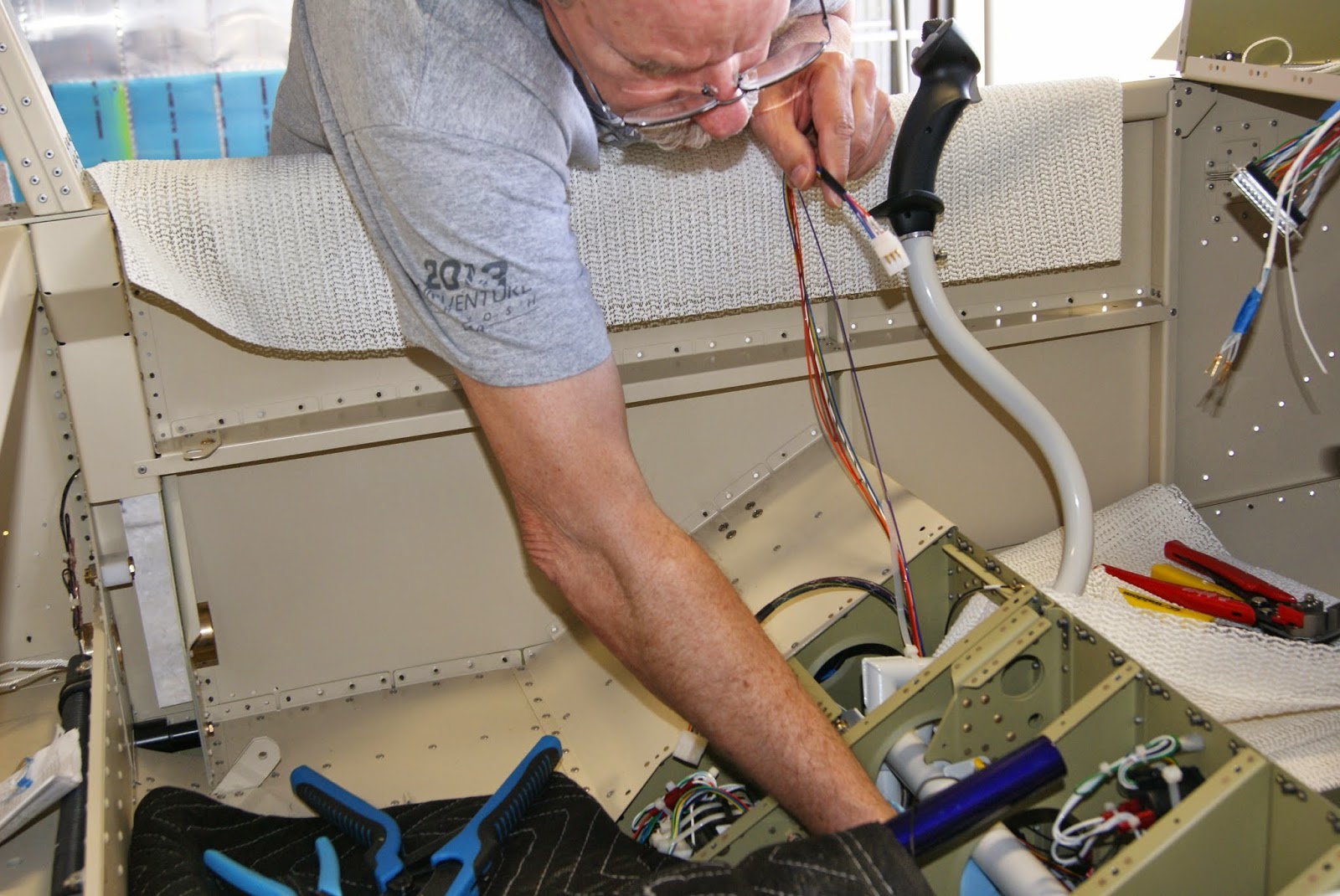 Pulling in the wires that will run between the two Tosten CS-8 control stick grips. 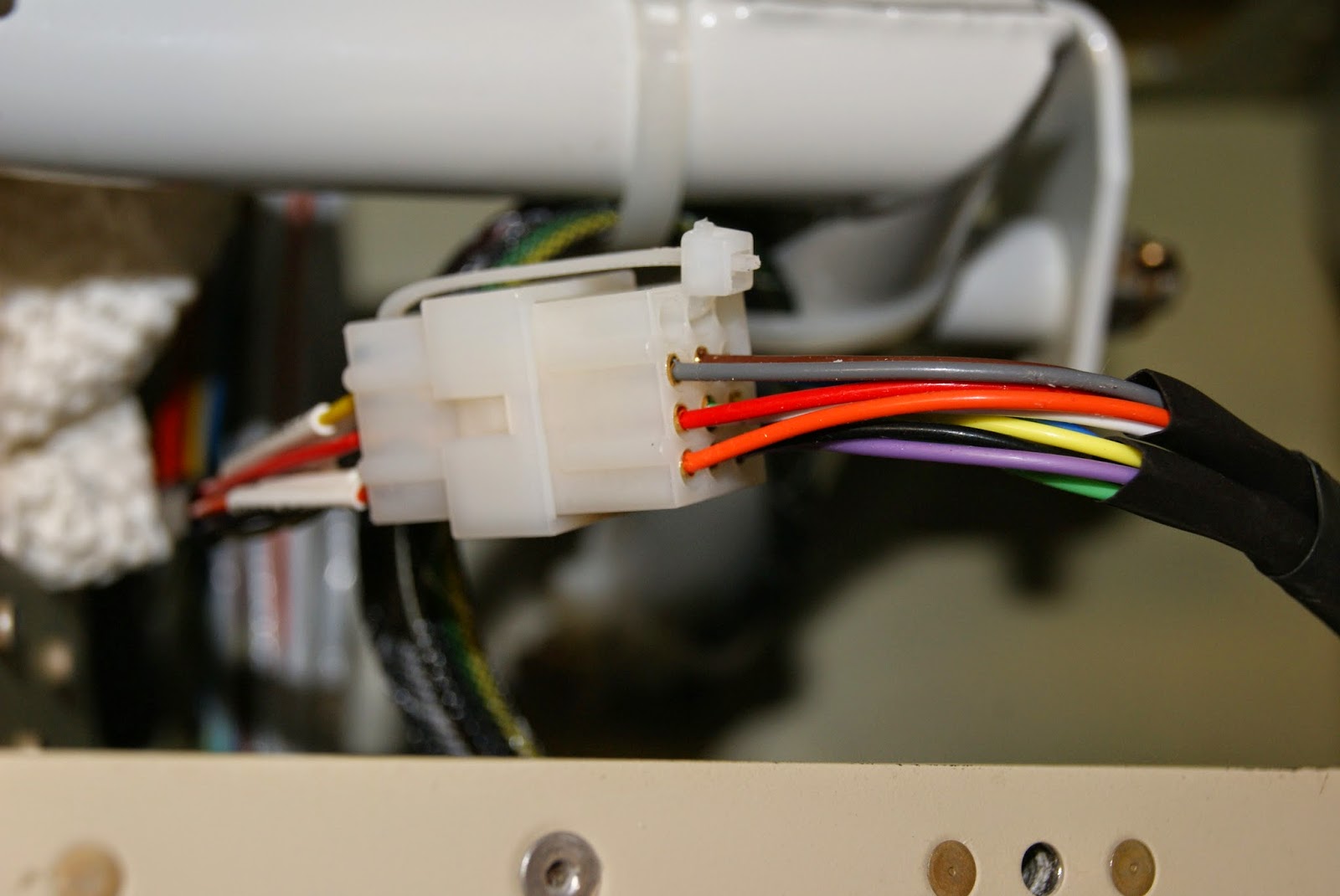 Created a connector lock by passing a wire tie through one of the unused holes of the Molex connector. Worked great!

The wire from the control stick grip was given one loop and an existing tooling hole in a seat rib was used to secure the connector onto the seat rib. Have to say, am quite pleased with the way the pilot side grip wiring turned out. The wires and connectors are out of the way of moving parts and the wires have plenty of flexibility for stick movement. 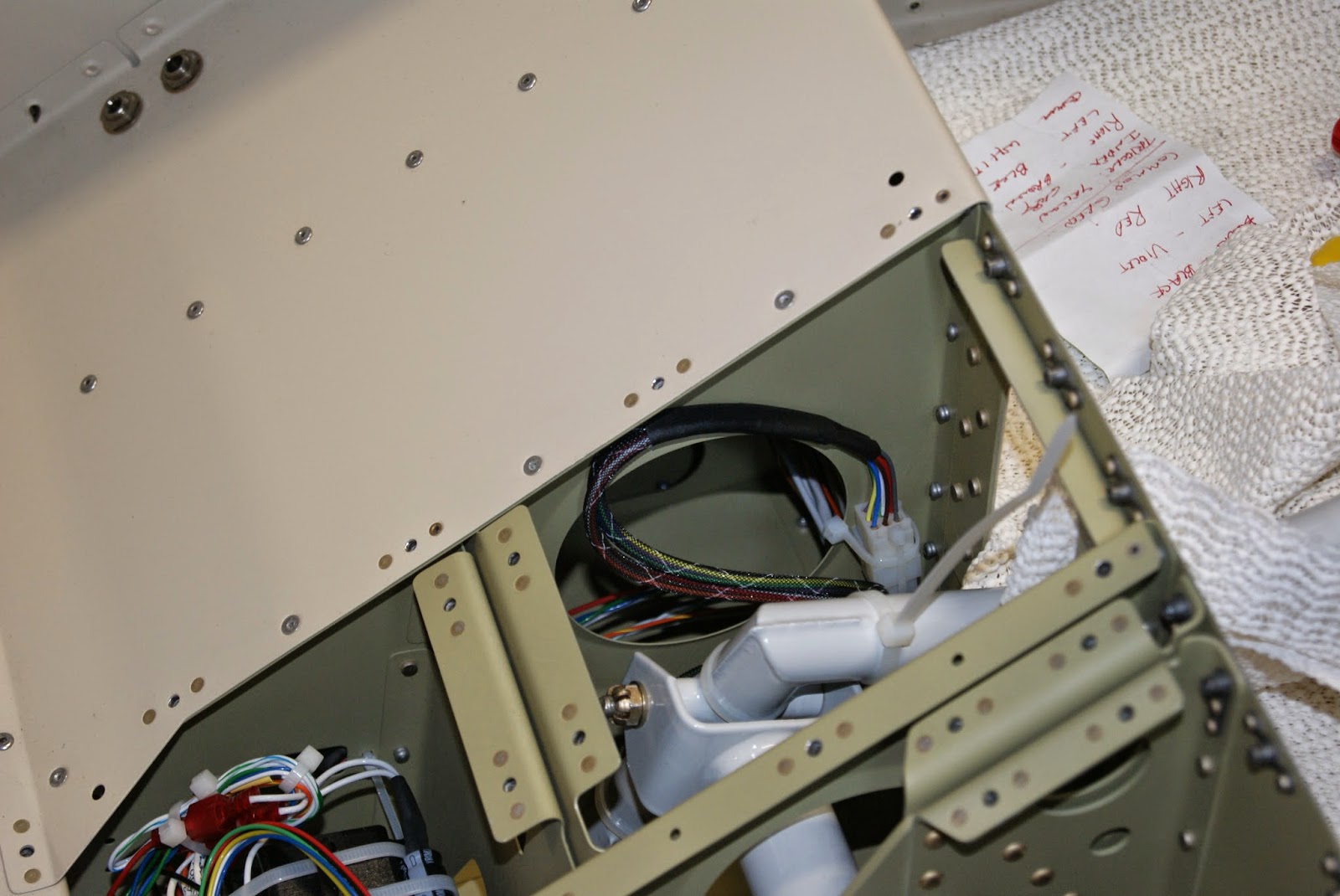 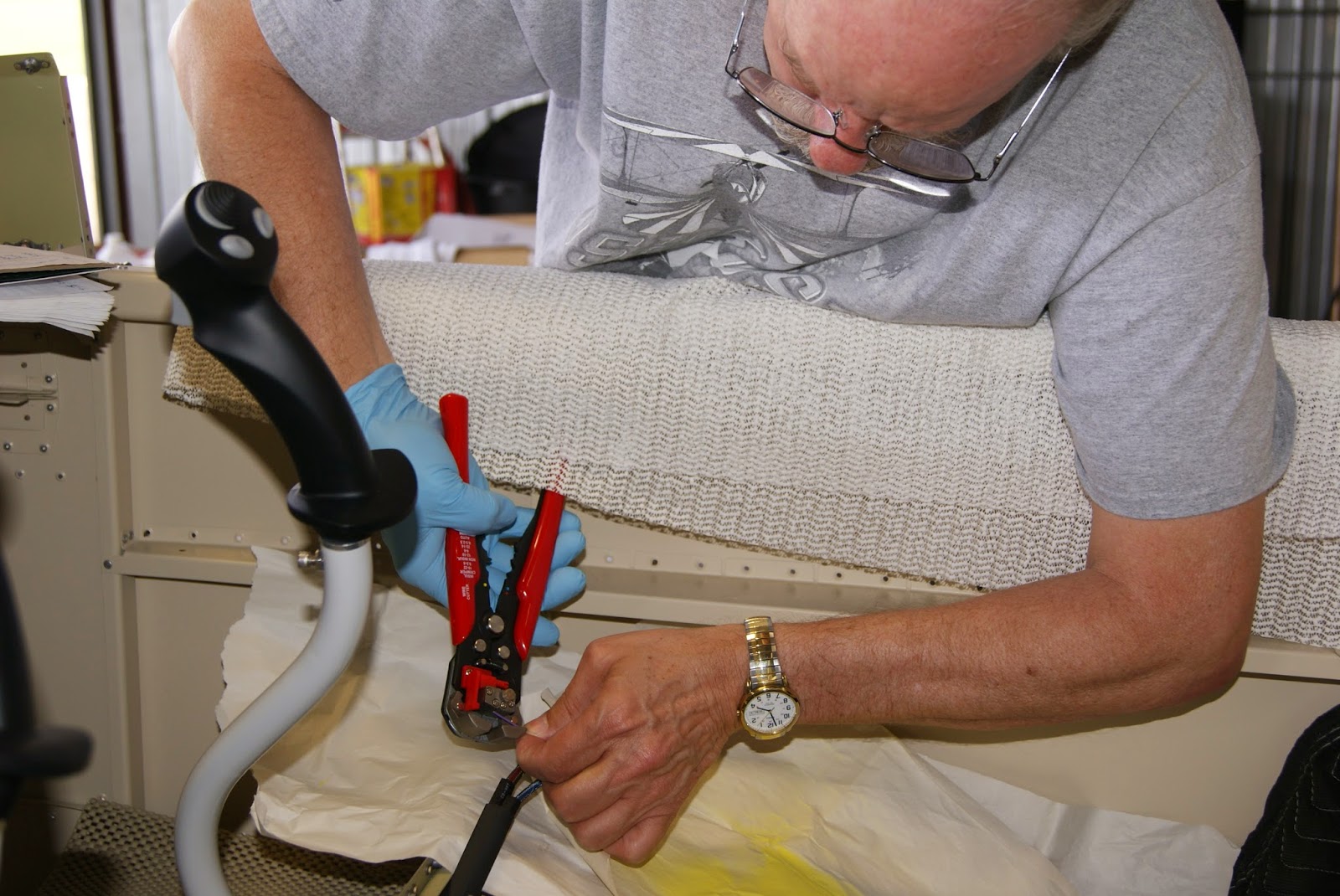 Stripping wire for the .062" crimp terminals that will be inserted into the Molex connector body. 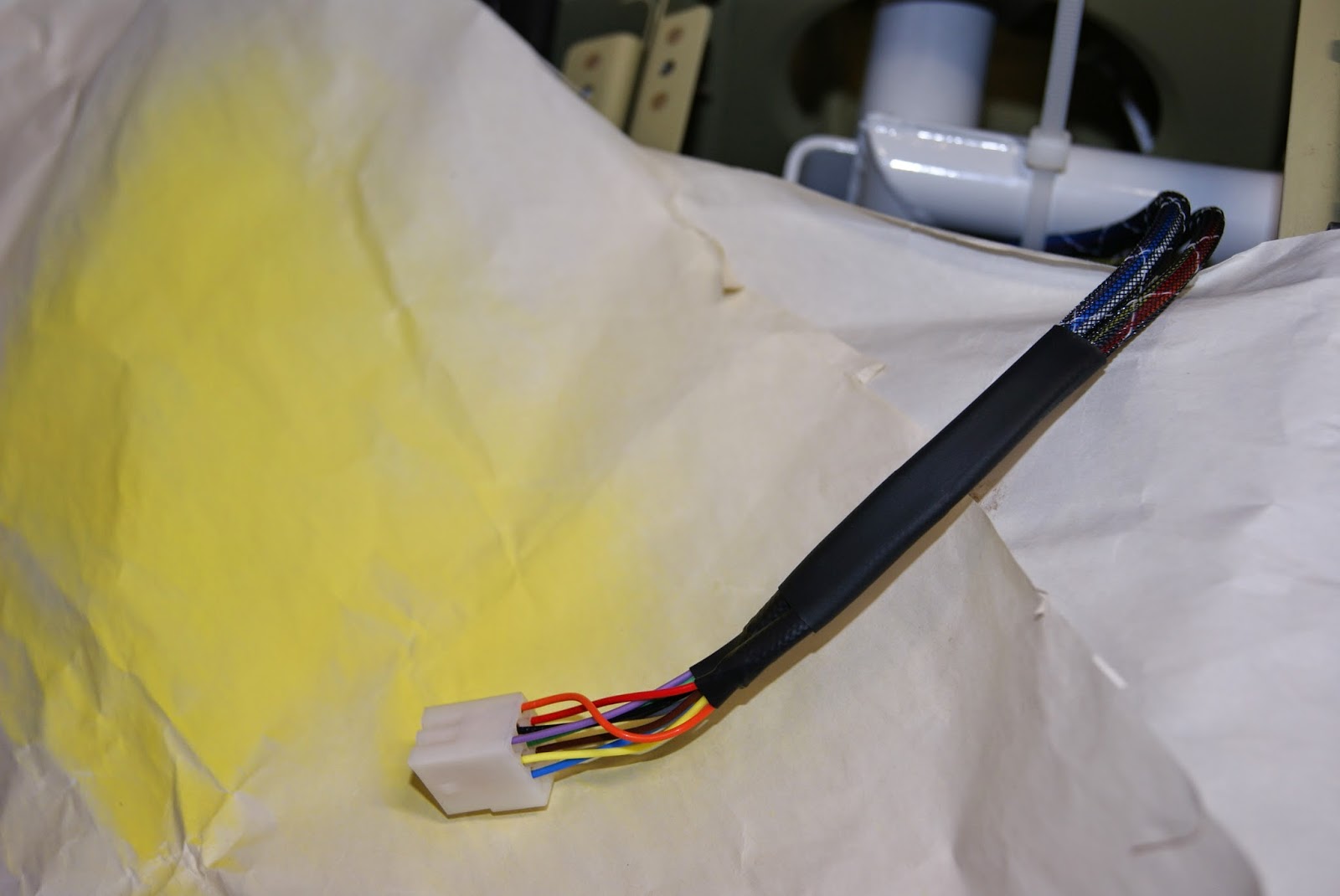 The last major part of the puzzle to be installed is the wiring that will connect the control stick wiring to the instrument panel. The wires were run through the wire grommets on the co-pilot seat ribs and into the center tunnel. A short cut was taken to avoid the tight grommets in the F-1203A bulkhead by running the wires through the center lightening hole in the F-1203A bulkhead. When the wires get secured with wire ties, they will not rub on the edges of the lightening hole so this should work out well. This was done because the center tunnel grommets in the F-1203A bulkhead are really tight … primarily due to some of the shielded cables making 90 degree bends right after the wire grommets. When this happens the shielded cable tends to pass through the grommet at an angle taking up additional room thus making less room for additional wires. 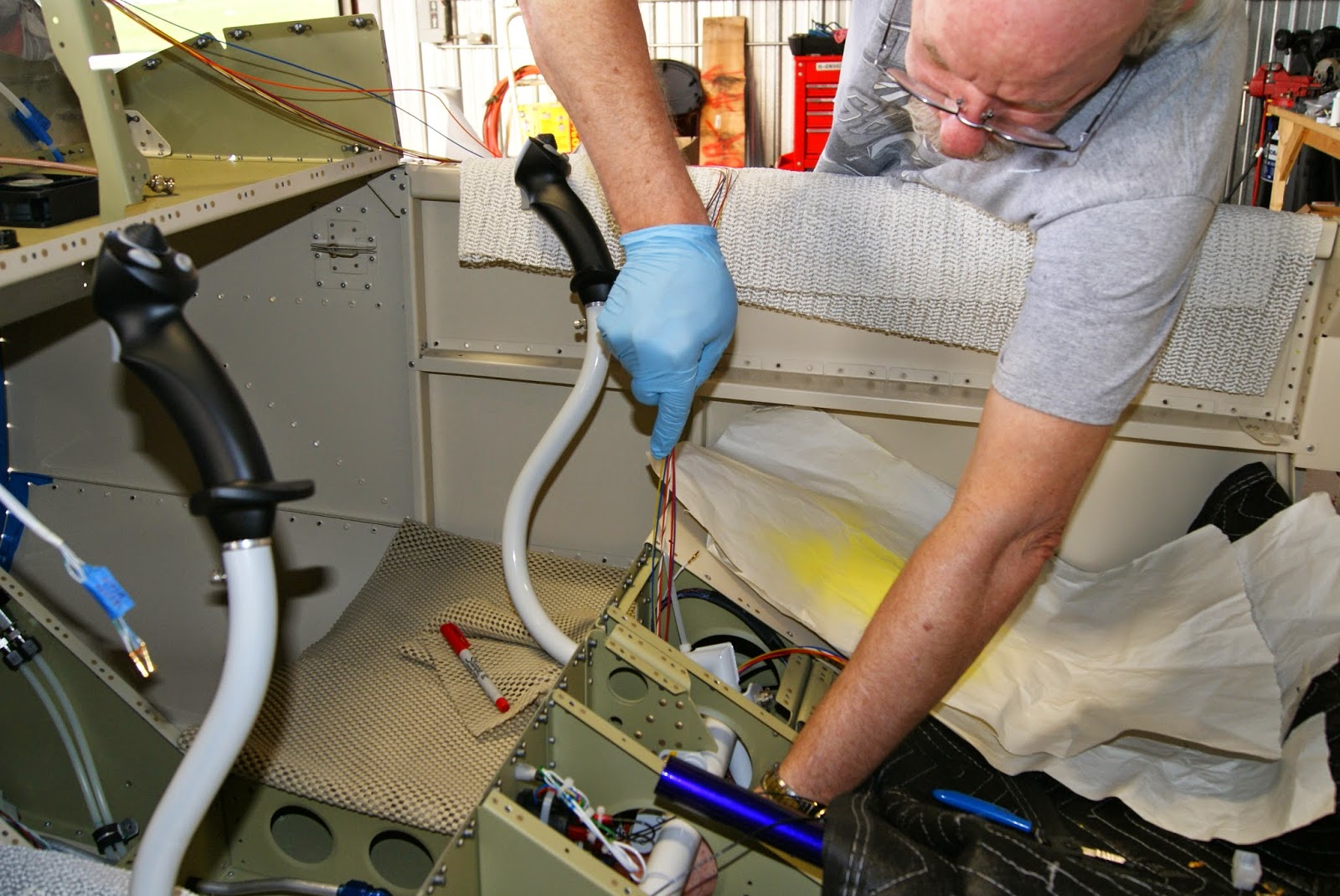 Feeding the wires that will connect the control stick wiring to the instrument panel through the co-pilot seat rib grommets. 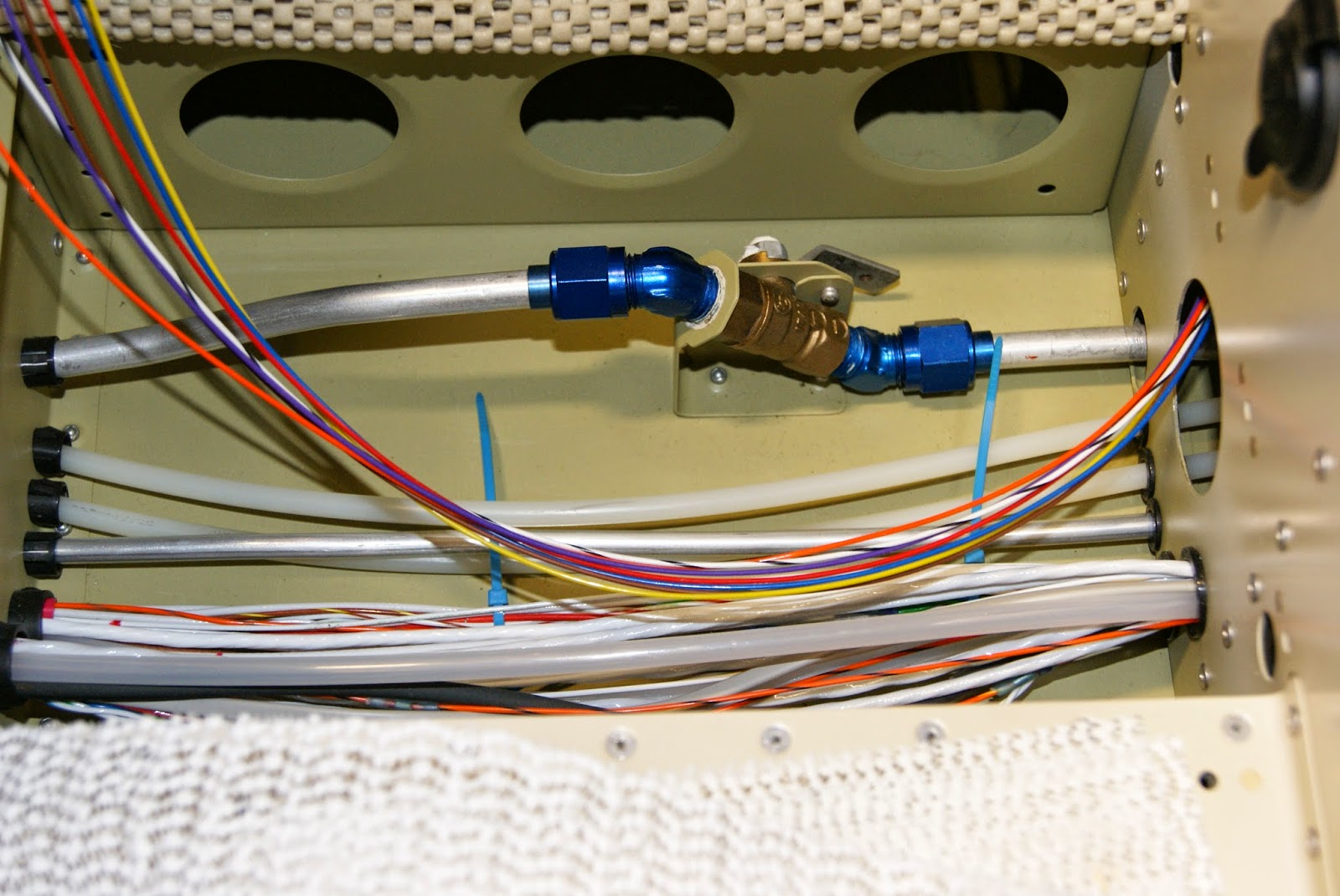 Tosten CS-8 control stick grip wires taking a short cut through the lightening hole in the F-1203A bulkhead to get to the center tunnel and on to the instrument panel.

By this time my back was starting to get a little sore from all the bending over, so decided this was a good point to stop for the day.
Posted by John at 9:43 PM