Wiring of the Tosten CS-8 control stick grips has begun, but is not completed. However, did get some serious progress made in spite of the late arrival at the hangar. Have been saving this chore until last because I knew it would be both tedious and time consuming. One of the first items tackled was the two Van’s provided wires for the pilot and co-pilot push to talk wires. Van’s has left both these wires rather short … so they are not long enough to make it to where the Molex connector for the stick wiring will be located. Decided on making an extension for those two wires by using male and female pins from a DB style connector and locking the pins together by using heat shrink over the connection. Although not necessary, it is not a bad idea to wear a vinyl glove to keep finger oils off the connector pins when handling them. 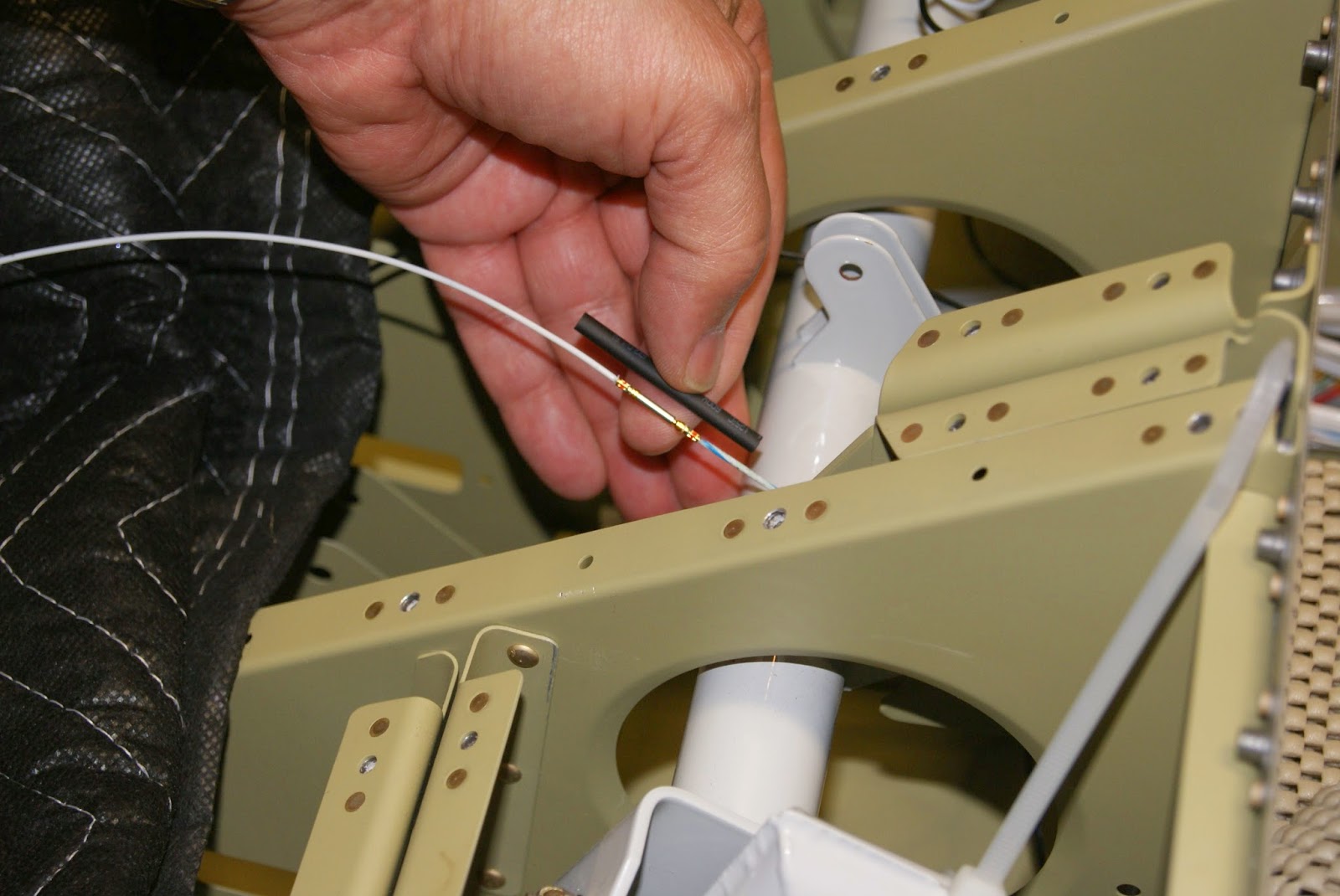 DB style connector pins connected together to create an extension for the co-pilot push to talk wire. Heat shrink tubing will cover the extension connectors. 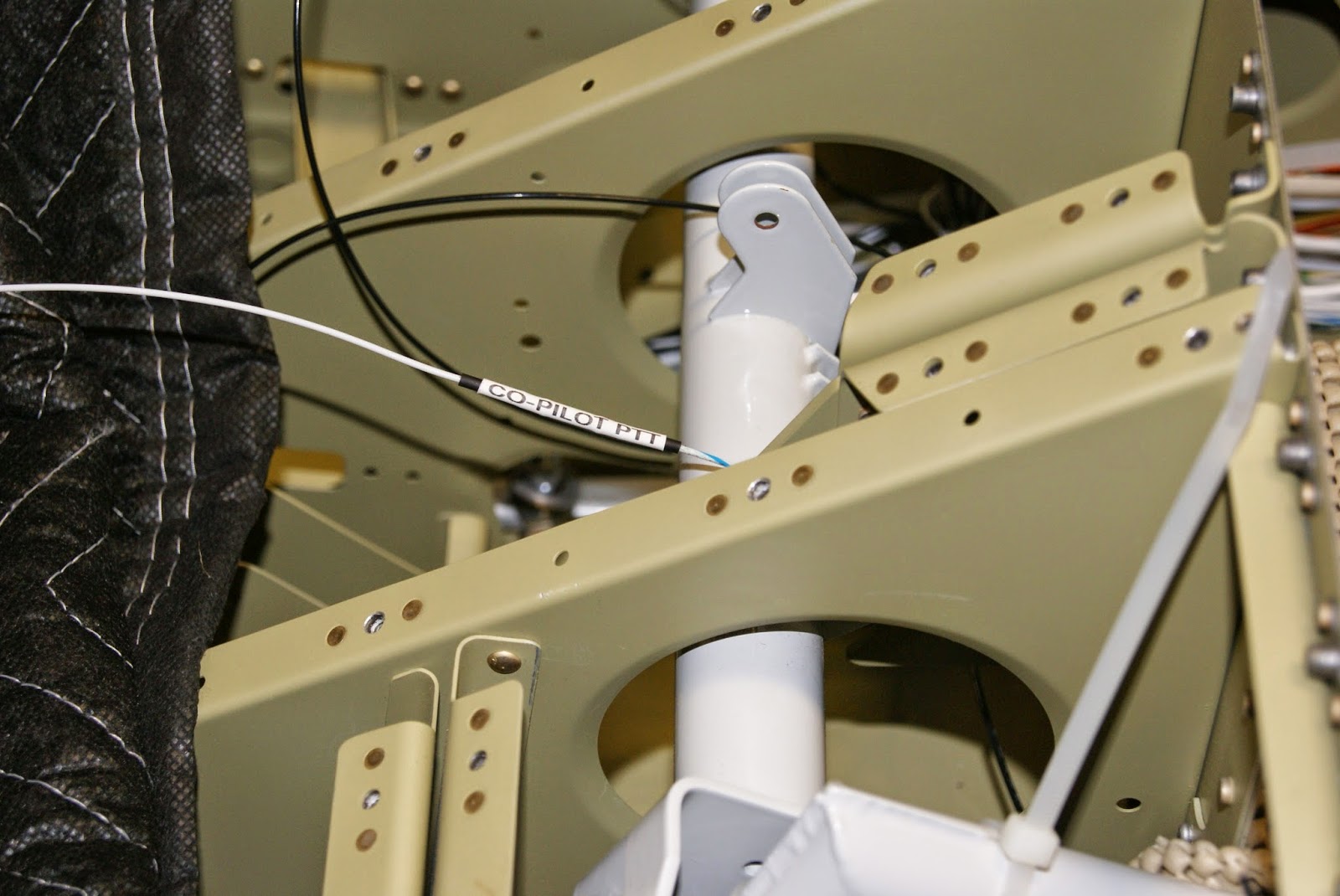 Finished extension for the co-pilot push to talk wire covered with heat shrink tubing to insulate and also keep the pins tightly together.

Having given it considerable thought, decided the easiest way to wire the two Tosten CS-8 grips is to wire all the switches for both grips in parallel … with the exception of the push to talk switches which need to be kept separate between pilot and co-pilot. To accomplish this, a cross cable needs to be fabricated to connect the switches on both stick grips together … but excluding the push to talk wires on both grips. So wire length measurements were taken … keeping in mind allowing enough slack for easy access of the wire stripper and crimping tool. Assembly of the Molex wiring connectors for the Tosten CS-8 stick grips began by cutting wires for the transfer cable and placing a Molex connector on one end of the wires. 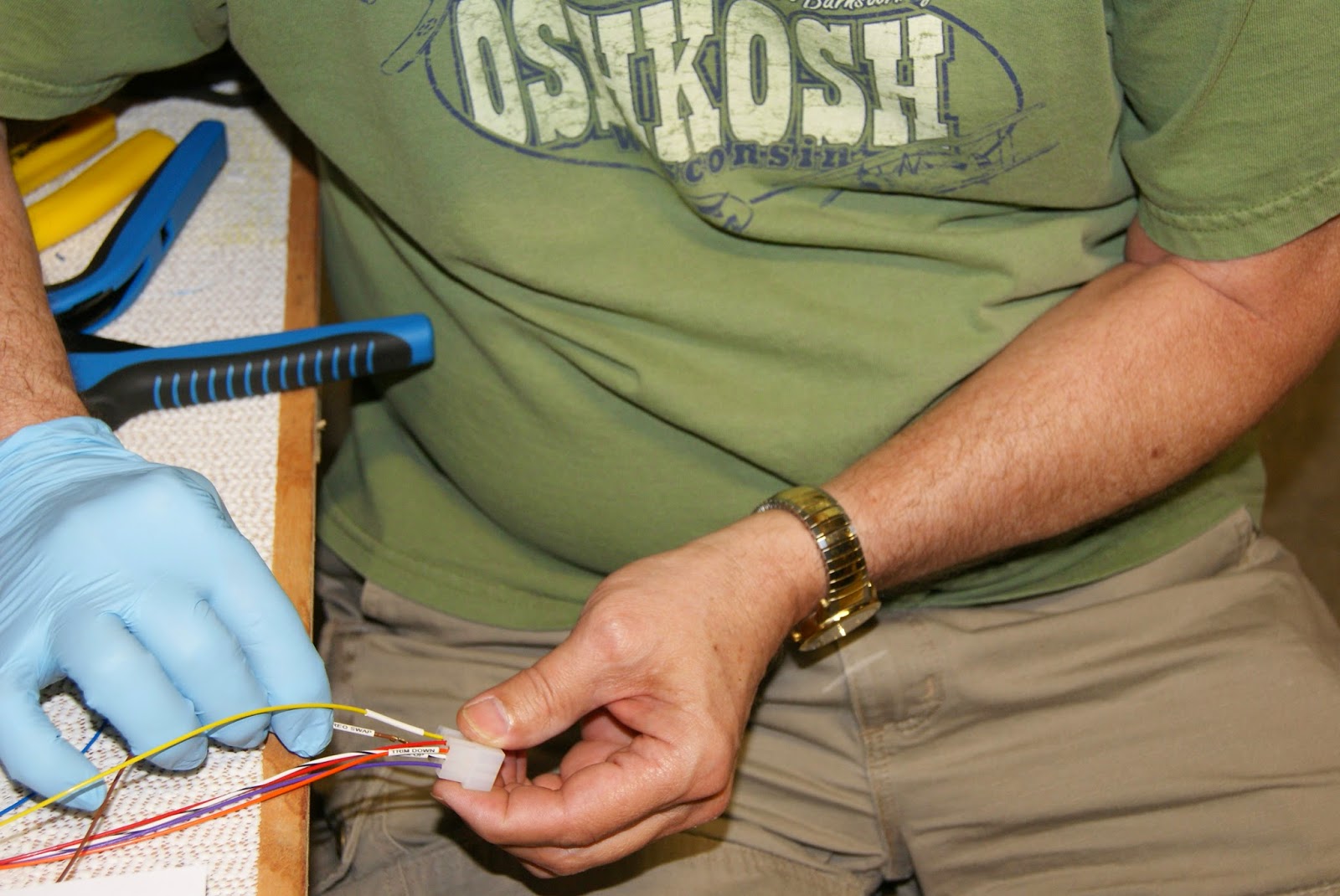 Inserting wires into the Molex connector body to complete one end of the transfer cable. 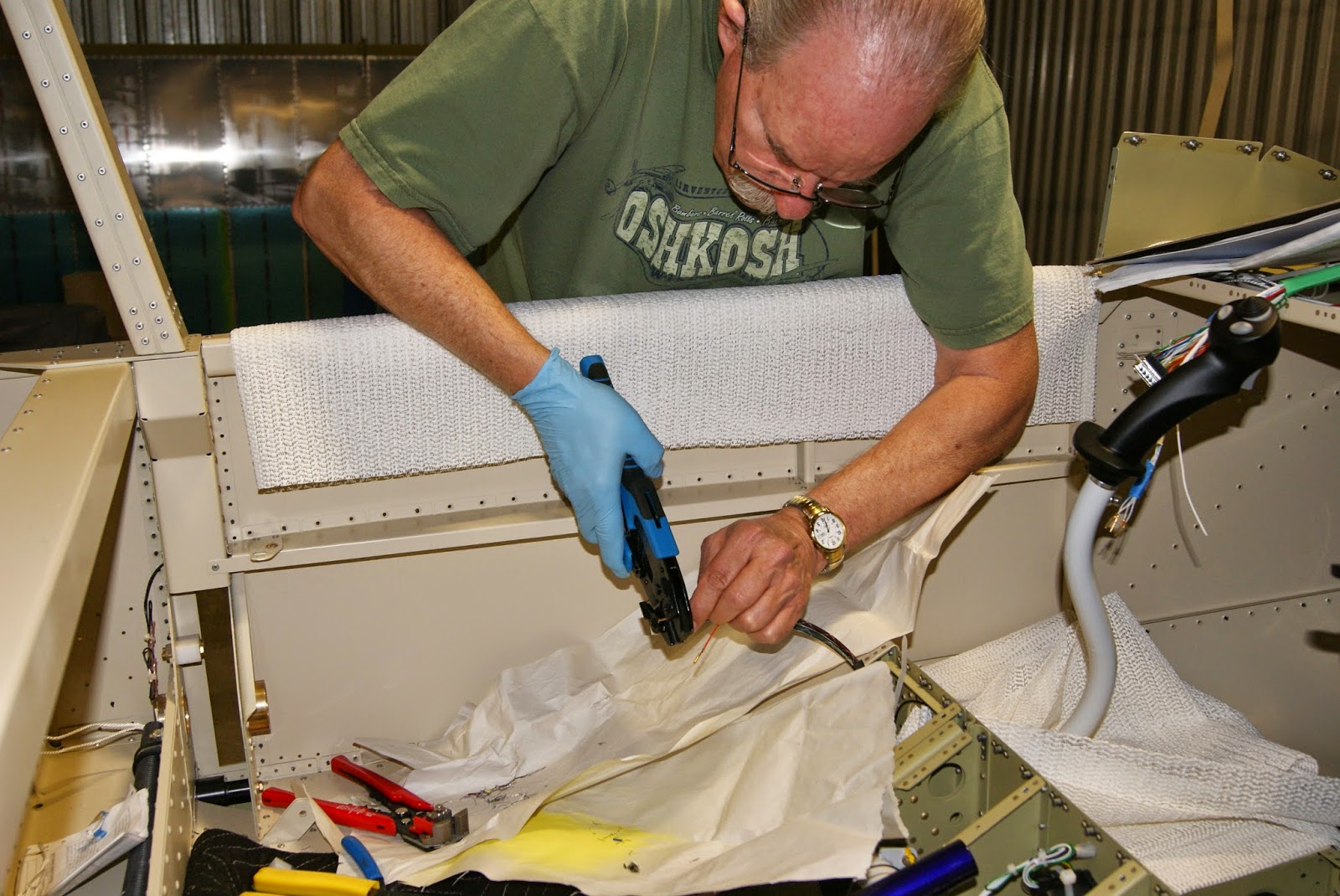 Crimping gold plated .062" wire terminations onto the ends of the wires coming from the switches on the pilot side Tosten CS-8 control stick grip. 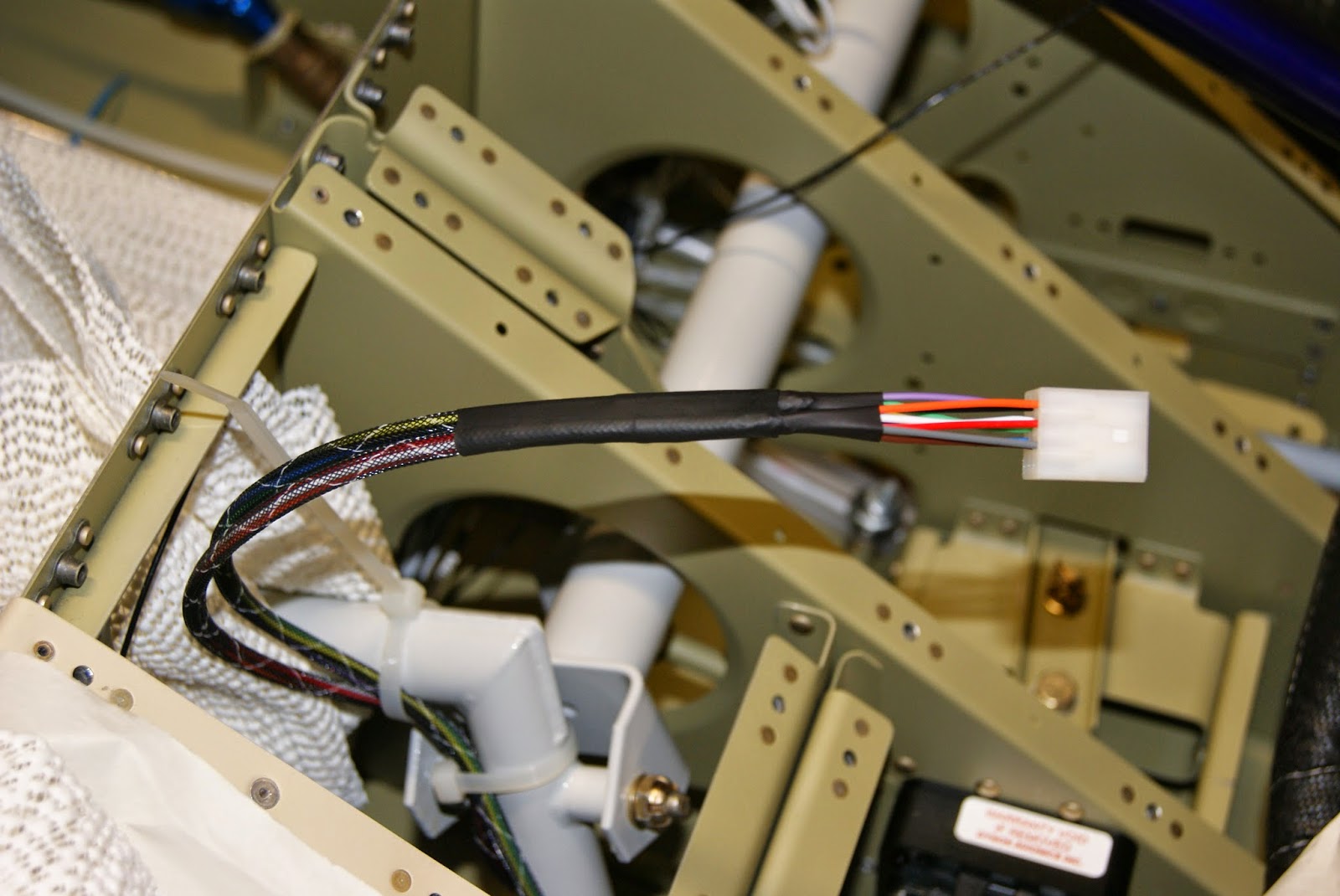 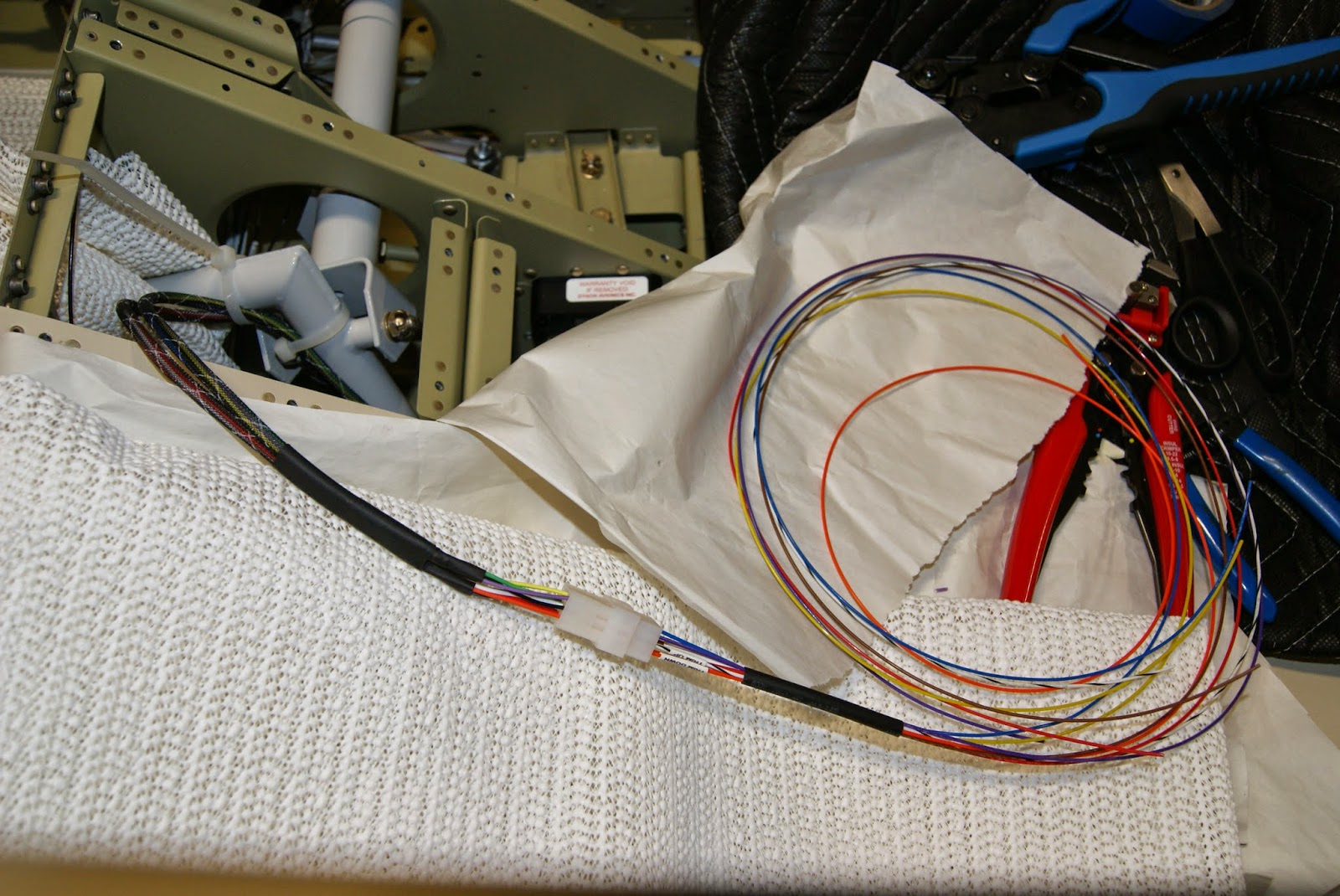 Frequent readers of the DOG Aviation Blog may have noted that I’m actually wearing a T-shirt for the first time this year without the need for additional outer wear. The temperatures have finally gotten to the point that it was possible to work in the hangar without needing to wear warm clothes … it is about time!!
Posted by John at 8:04 AM